As a Mum of three daughters 17, 19 and 21 and also two stepsons 16 and 20, I am horrified at the latest madness which is about to be imposed on us by the European Courts! Today judges basically told insurance companies that they would not be allowed to assess risk based on gender from December 21 next year. 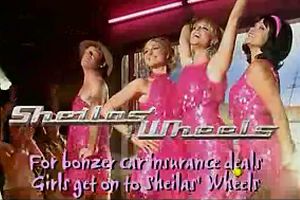 to be PC!  The simple fact is that men under the age of 22 are 10 times more likely to have a serious crash, twice as likely to make an insurance claim and 25 times more likely to commit a driving offence. The vast majority of spokespeople from within the industry who have been quoted in the press today, all agree that it is fair to calculate car insurance premium based on risk.

Will the young women see a massive increase in their already phenomenally high premiums? Yes! Will the boys see a similar decrease in theirs? No. The winners? The insurance companies, of course!

To get an idea of what they’re quoting try using an insurance comparison site such as www.comparethemarket.com