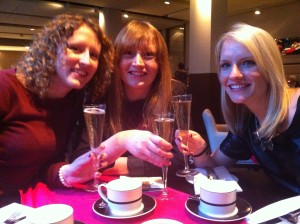 I was reading an article the other day about how much it costs to bring up a child and I was thinking how absurd most of the figures were. To be honest, the overall cost, referred to, of bringing up a child from 0 to 17 was way more than many people would even earn over 17 years. Multiply the figure given by the number of children you have and the figure you’d end up with would come from Cloud Cuckoo Land!

Cost of Raising A Child Calculator

Anyway I started totting it all up in my head and boy does it all add up. From the nappies in the early days through clothes, books, toys, food, music lessons, school trips, pocket money, entertainment etc and all the way on to Uni. The thing is it doesn’t stop at 17 though, does it? How can it? 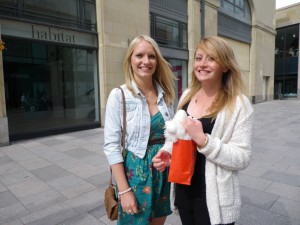 One of my daughters is home from Uni as it’s the Summer holidays and obviously it’s made a difference to our shopping bills. Last week in Tesco I bought additional shampoo and conditioner to suit her hair, for example. I had shampoo in the house for my hair but hers is different so I had to buy it. Then there were the tampons I added on to the shop though I actually went to Aldi (nearly next door to the Tesco I went to) for them as they’re so cheap there! The overall food bill was obviously higher too. I bought twice as many grapes as I normally would as I know how much she likes them. I also bought her favourite cereal and various sandwich fillings for her packed lunch when she goes to work. An extra person in the house eating their 5 a day is bound to make a difference to the shopping bill – of course it is! 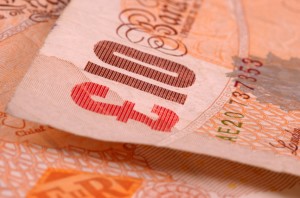 proportion for bills. If any of my children were living at home after Uni and they were working, then clearly I’d ask them to pay their way. But as far as I’m concerned Meg is working through the holidays and is paying for all her own ‘entertainment’, contact lenses, phone bill, clothes etc. and is saving up to go inter-railing in a few weeks time. She got the travel bug when she was on her gap year in New Zealand and travelling can only be good for her.

I say she buys her own clothes because she does but it’s very rare that I go on a shopping trip with her or her older sister and don’t pay for something. I’ve got to say that I’m more than happy to do this too. I’m their Mum and that’s what Mums do. My Mum did it for me after all.