One of the things I really look forward to on holiday is having the chance to get stuck into a good book or two.  Everyone has a ‘way’ of reading.  There’s the ‘dip in bit at a time’ type.  You know, the ones who take their book when they go to the loo, when they have a bath, in between courses at dinner… and then there’s the ‘dive right in’ type, who once into a book, become oblivious to the world around them.  Civil war, drought and pestilence wouldn’t drag them from the story in hand.   I’m definitely one of the latter.

In a previous life when I used to travel long distances involving long-haul flights, six hour bus journeys and endless waiting in airport departure lounges I was often able to devour two books between points A and B.  Don’t ask me if the flight was on time or if it was raining at any point though.   I simply wouldn’t have noticed.

Nowadays my reading is confined mainly to holidays, when the objective is to find somewhere quiet and comfortable and settle down with something to while 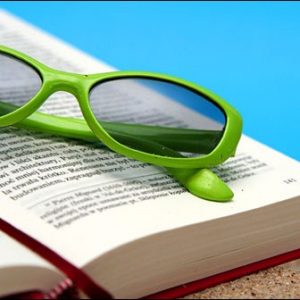 away the hours.  The likes of John Grisham and Wilbur Smith rarely disappoint.  Yann Martel’s ‘Life of Pi’ was brilliant, ‘Headlong’ by Michael Frayn was also highly entertaining.   However, I picked up a book long recommended to me by Mrs C for our last break and set to burying myself between its covers.

Sebastian Faulks’ ‘Birdsong’ is the story of a young Englishman who, while learning the textile trade in Northern France falls in love with his host’s wife.  They become separated during TheGreat War in 1914 and the book chronicles the sheer horrors and desperation of those stationed in the trenches on the front line.  The descriptions and emotions portray the experiences of those who fought in the First World War in a way I had never before appreciated.  I was very aware of dates, battles, casualty statistics from what I’d learnt during school history lessons and from other sources, but this novel brought home to me the devastating effect that the hellish conditions brought onto those who fought.   Many died, many lost their minds and the lives of all the others were never the same thereafter.   I was so moved by many of the scenes that I was rendered speechless on more than one occasion.

I was there, living through the horrors, watching those poor soldiers who were first to go over the top during the battles, being ploughed down by the rain of bullets.   The blind fear of those who followed and had to climb over the bodies of their friends and colleagues to move forward was so accurately conveyed in Faulks’ narratives.

I would recommend ‘Birdsong’ to anyone, but would warn them to have a tissue at the ready because the emotions stirred in many of the scenes are enough to bring a quiver to the stiffest of upper lips.  It is a book that has affected me in a way that no other book has ever done.  It is a book I will certainly never forget.

To bring me back down to Earth after ‘Birdsong’ I found Ian Rankin’s ‘Witch Hunt’ a refreshing journey back to modern day life with its cat and mouse chase around Western Europe building to a fantastic climax;  a good old stakeout that keeps you guessing from start to finish.

So, while in the bath, while going to the loo and in between courses at dinner I shall be wondering what to read during my next holiday. Any suggestions?