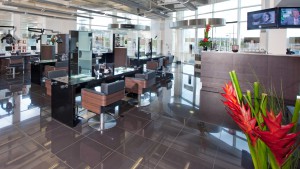 Just before Christmas I went to the Ken Picton Salon in Cardiff Bay to have my hair ‘done’ and was, to say the least, very impressed with the whole ‘experience’.

I’ll start from the beginning ……. 6 weeks or so before I ended up going to Ken Picton, my hair-dresser’s Dad died and, to add insult to injury, the poor woman had to have a wrist operation the day after his funeral. Now Chris has been cutting my hair since Year Dot and I’m not a fan of trying out someone new although obviously over the years I’ve had to 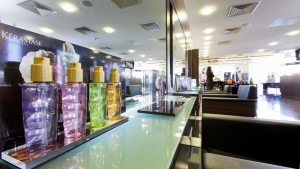 resort to other hairdressers when Chris simply couldn’t do it.

In a nutshell then I put off choosing a new hairdresser as long as I could. Chris knows my hair, knows me and never gets it wrong whereas I’ve been known to cry my eyes out after some disastrous visits to different hairdressers! 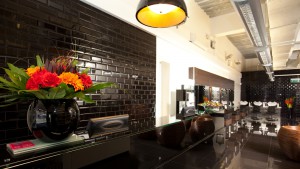 Anyway, I had a look around and decided to try out the Ken Picton Salon down in Cardiff Bay. I checked out the prices beforehand and they seemed to be on a par with, if not lower than similar salons. I’d walked past the place a zillion times but had never been in before but bite the bullet I did and in I went. It looks like your usual smart, high-gloss trendy hair salon but when you go upstairs, well…….My words were ‘It’s like a flipping Tardis in here!’ It’s really, really huge with endless mirrors, basins and chic stylists in black everywhere. 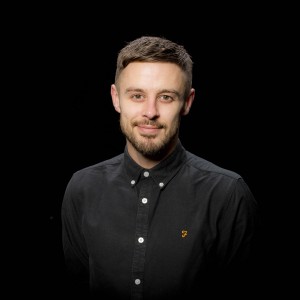 Colour Director Paul, who did my half-head high- and low-lights and put a ‘gloss’ on to finish it off, seems to be a ‘colourist extraordinaire’. He’s won so many awards including Hair Colourist of the Year and is much in demand training colourists for L’Oreal – a right jet-setter he is! He was very easy to talk to and the time just flew. I had my Kindle with me but I didn’t even take it out of my bag.

Rachelle, the stylist who cut my hair, was as easy-going and lovely as Paul and seemed to know exactly what I wanted. She snipped, she cut, she sliced, she chatted, offered me a coffee, talked about her 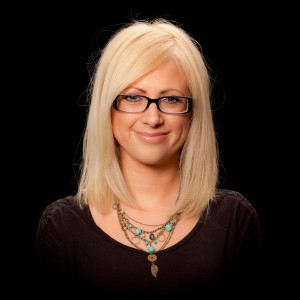 upcoming Wedding and then dried my hair. It was ‘just right’! I hate looking like I’ve just had my hair ‘done’ and have gone home from a hairdresser’s appointment many a time and wet and restyled my hair straightaway. Not this time though. Rachelle did a brilliant job! The basic style was similar to what I had before but with a few twirls and flourishes she managed to make it look better somehow. She showed me a few tricks of the trade when blow-drying and I’ve used her tips every day since she cut it.

So, will I be going back? A resounding YES! I couldn’t fault them. I loved the cut , the colour and the whole experience. The Ken Picton salon really was spot-on!