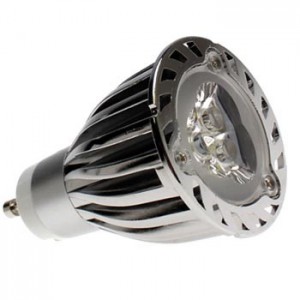 I’ve been a devout believer in the merits of LED lighting since its early days but my first few attempts to convert weren’t too successful.

The lamps I bought weren’t bright enough, had a horrible colour and were generally disappointing overall.  That was a couple of years ago when they were just emerging onto the UK market and whatsmore they were also pretty expensive at the time.

We’re now on round two and having got some great new G10 lamps from LED Hut to replace our power-hungry halogens things are finally looking up.  We have two types: the directional beam ones for our kitchen, where the light is directed to specific areas and wider beam ones to illuminate our office.

Running 4 x 6-watt units in the kitchen takes a little getting used to at first.  These lamps are very ‘white’.  It’s a different kind of light to what we were used to with our old halogens but we have both commented since that, even though it’s not as warm as filamented lamps, it is an excellent light for reading the newspaper or close work.  Combined with some other traditional lighting around the room it is a great compromise and we are now able to dim them if we want something a little more atmospheric. 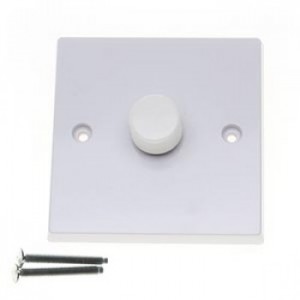 On the subject of dimming…  LED lamps can be dimmed, but not with conventional dimmers that you might already have around the house.  If you try using these, in the best case they’ll buzz like crazy, but in the worst case you’ll have little or no control over them.  With LEDs you need to use a specific type of ‘trailing edge technology’ dimmer, which can handle the very low power demands of the LED lamps.  We now use a Varilight V-Pro model (around £15 – £20) which has cured all the problems and offers a smooth and progressive dimming action.  Again LED Hut offer a selection of compatible dimmers.

LED Hut offer a fantastic range of LED lamps and accessories at prices way below those seen on the shelves anywhere on the high street.  Their prompt delivery and excellent service means we’ll certainly go back there for more (not to replace those we’ve just put in, as they claim to have phenomenal life-spans, but to replace other fittings around the house and office as time goes on).

I just asked Mrs C what she thought and her comment…