I read with great interest this morning an article in the Telegraph Online by Charles Moore which discusses the education of today’s children. It read along the lines of Children never having had to work so hard to learn so little, or words to that effect. Having observed the educational rite of passage of five teenage children over the last few years I have become quite familiar with the way education is applied nowadays. Actually I would go so far as to say that it is injected rather than applied.

Modern curricula are extremely prescriptive down to the last decimal place. If it isn’t in the list, it simply isn’t taught. From the point of view of results and achievements it allows both pupils and schools to ‘achieve’ while at the same time it succeeds in injecting just the right amount of ‘relevant’ knowledge into the appropriate brain cells. I become quite nostalgic over time spent during my own youth with a certain teacher who was at the time quite close to 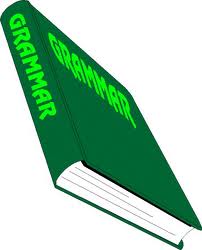 retirement, Mr ‘Gammy’ Rees (I can’t remember what his first name was, but of course everyone who was there will remember his nickname for sure). By today’s standards I have no doubt he would rank as an atrocious teacher for many reasons. His mind would wander, he was forever mixing up our names, he used to forget to assign and mark various pieces of work and on more than one occasion, to our great amusement, actually fell asleep during one of our classes. Imagine that in today’s media-fuelled society!

Despite Gammy Rees’ curricular misgivings, I still to this day have the greatest of respect for him and the indelible mark he made on my education. I learned more from him during one school year than I think I have done in any year of my life either before or since. You see he was old and wise; he had a wealth of experience, both academically and socially, which he was so brilliantly able to impart onto his pupils. When he taught, it was spellbinding! It didn’t matter what the topic or subject, it became so interesting, gripping, fascinating that not a single pupil in that class could help but be enveloped by it. Scientific, historical, linguistic, mathematical, artistic, political; it didn’t matter, he had the uncanny ability to make us all so deeply interested in it that we couldn’t help but learn and, more importantly, enjoy learning. I think it is such a crying shame that such a teacher wouldn’t last five minutes in today’s educational system due to his teaching not being sufficiently focused or specific – or ‘relevant’.

My own thoughts about today’s methods are that yes, there are merits from the viewpoint of consuming knowledge as a means to passing, and as importantly getting good grades in examination and therefore allowing better progress up life’s long ladder. However, the thing I find most obvious lies not with what IS taught, but what is not! Diversity has always curried favour and that is one ingredient that I feel has suffered as a result of the tightening of today’s state educational system.

I had the pleasure, (or was it the torture?) of giving a lift to our sixteen year old daughter and three of her friends for their night out recently. Now you have to bear in mind that they are English A-Level students, reasonably familiar with the history, structure and, in my own opinion, the true beauty of our ‘Mother Tongue’. So why does every spoken sentence have to contain at least three, sometimes as many as six renditions of the word ‘like’? It kinda like beats me why someone who is like studying a subject which is like so like interesting that you couldn’t possibly like add anything to it to make it like better.

I know. Colloquialisms have always existed and no language would be complete without its own menu of slang to garnish it with. I put it down to media influence again. Lo and behold, we switched on the old goggle-box a couple of nights ago and tuned into an old ‘Alan Carr – Chatty Man’, a weekly melting pot of camp comedy, innuendo, double entendres and other iniquitous society gossip. All quite entertaining I must add! One of his guests was Miley Cyrus, possibly better known as her alter-ego Hannah Montana. Miley is about the same age as our daughter and obviously went to the same English classes. However what made this interview even less bearable was her demeanor – that of a dentist’s drill! Every sentence that uttered from her impeccably bleached mouth made us wince and squirm in the corner. How Alan Carr managed to survive a fifteen minute interview with her I’ll never know, but he did have the great foresight of having a loud klaxon to hand for use in emergency. His patience allowed him to only have to use it on three or four occasions.

I would like to say to Mr Gove and his department, who are collectively responsible for shaping the educational development of our offspring that, in the words of the great English poet William Cowper, “Variety is the spice of life”.