John Paul Young has a lot to answer for. I have a constant earworm  at the moment and it’s all his fault.

Everywhere you go, the shops and restaurants are ablaze with posters and bunting shouting at us that February is the month of love and that, in case we hadn’t noticed, it’s nearly Valentine’s Day.

Now I’m romantic and can be very sentimental. I have all my children’s first shoes, first drawings, first this and first that, squirreled away up in the attic. All the cards given to me over the years by Mr. C can also be found up there and various other sentimentalia too, but I will not be going out on Valentine’s Day Evening to sit in a ridiculously full restaurant and eat off an identikit menu with over-inflated prices. Nor will I be buying an unwanted present just for the sake of it, just because it’s a particular day and custom dictates that I should do so. 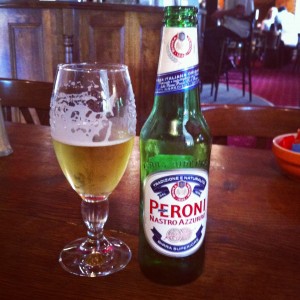 I do think in a relationship that it’s nice to have ‘special days’ and to make an effort to spend quality time together but it doesn’t have to be February 14th. Ok so now you’re thinking I’m a bit ‘Bah humbug but I’m not, I’m really not. Some time around Valentine’s Day , Mr. C and I will go out for a drink/meal/coffee/cupcake/whatever and we’ll probably do a bit of the old reminiscing. We might get giggly over a cocktail and talk about our wedding day and do the whole ‘Do you remember when….’ thing. He’ll more than likely buy me a card and I’ll get something for him too. But there’s a chance we’ll do it on February 12th or 10th or something instead. (He won’t do it afterwards as he’ll know that I’ll only think he’s ‘forgotten’.) So yes, we’ll have our own little ‘Valentine’s Week or Anti-Valentine’s Day – it just won’t be on February 14th.

Tonight, for example, we’re having a Tesco Finest A La Carte meal. This 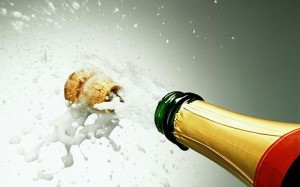 means neither of us has to cook and all the thinking/planning has been done for us. I’m looking forward to my Wild Mushroom Ravioli with Green Vegetable Trio, my Swiss Raspberry Heart, Belgian Chocolate Assortment and Prosecco – all the more because I don’t have to lift a finger.
Some time over the weekend we’ll probably go for a walk down Cardiff Bay and treat ourselves to a bacon roll and coffee. If it’s raining, we might cuddle up on the sofa to watch one of our box-sets (The Mentalist right now!) with a nice chilli hot chocolate with marshmallows and whipped cream. Next week we’ll probably treat ourselves to steak and a bottle of fizz one night too. It’ll be cooked by Mr. C though who does steak better than any restaurant I’ve ever been too. I’ll be chief candle-lighter so I’ll be doing my bit too to ‘keep the flame of romance’ alive.

So no, we don’t do the ‘grand gestures’ thing but he knows I love him and I know he loves me too.