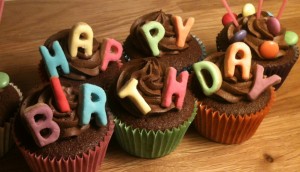 Why do people have birthdays in the run-up to Christmas? It’s so inconsiderate of them!

Everytime I try and put a bit of money to one side to save for Christmas, you can guarantee a birthday will pop up. Obviously sometimes I can anticipate a birthday – particularly when it’s the birthday of one of my own various offspring. But then there are the randomers’ birthdays – people who you’ve got to know relatively recently who just happen to have a ‘significant’ aka a ‘milestone birthday’coming up.

I mean, let’s be fair, you can’t just not acknowledge a ‘Big Birthday’! I suppose you can just buy a nice card (not one from a multi-pack?) or bake Brownies (if you’re that sort of person & much as I’d like to be, I’m not!) but basically most of us ladies when confronted with the 18th, 21st, 30th, 40th, 50th birthdays of friends (even new ones) will buy ‘a little something’.

Anyway, I digress…….. I’m basically in a situation where I need to buy a prezzy for a friend’s 40th – not a friend friend but a friend (I think most of you know the difference). I’m pooling resources with another friend friend to buy a joint present ….. but What to Buy? 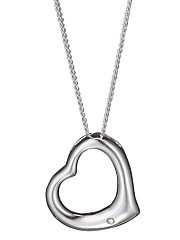 We decided to go the jewellery route as it’s a ‘big birthday’ and if truth be told, you can’t go wrong with jewellery really. I went from site to site to site (as did she, no doubt) and was pretty impressed with the jewellery designs from Littlewoods.com but as usual ended up looking for something for myself rather than for someone else. Well look at it not as time wasted, rather time invested in starting my own Christmas List. (A silver locket, a new watch, some nice new ear-rings? Ooooo yes please!)

After two days of two of us trying to find something we both agreed on, we nearly gave up. Two coffees and too many biscuits to mention later I had a kind of Eureka moment. I remembered she had a charm bracelet so problem solved, easy-peasy – we’re getting her a Thomas Sabo charm!