Apparently we shorter people are fatter than we thought we were whereas taller people are actually less fat! Oxford academic & mathematician Nick Trefethen believes that the body mass index formula is flawed and so he has come up with a new BMI formula of his own.

It’s got to be said that I’ve never really understood how you can compare a muscular 5 foot 8 rugby-playing forward with a slim lady the same height. Similarly how do you compare a fit, lean muscular woman who regularly visits the gym with a woman the same weight but carrying a lot of body-fat? But it seems that’s not the issue. 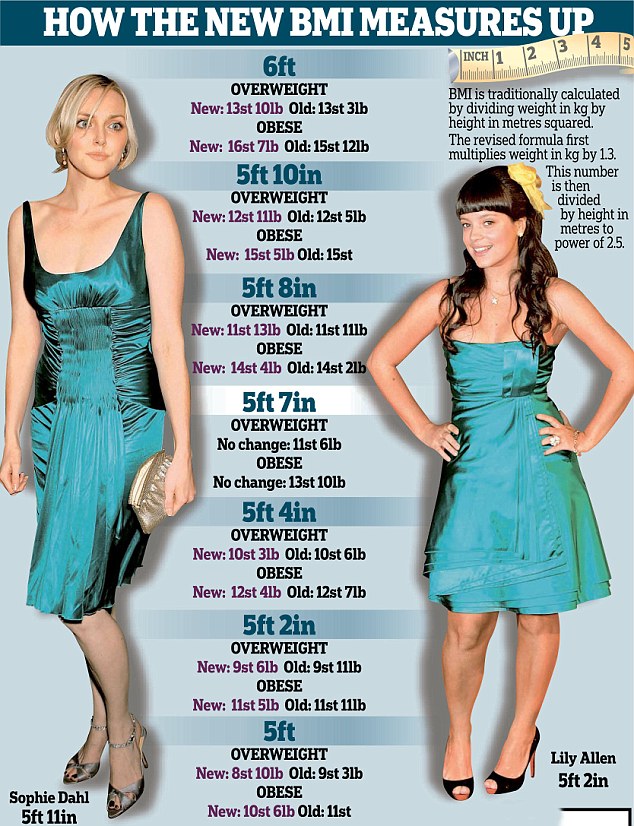 Professor Trefethen says the present BMI formula fails because it underestimates how much natural bulk taller people have and consequently overestimates how well-padded short people should be.

(For those of you not sure about the whole BMI thing, the BMI formula is used by medical professionals to work out if someone is overweight and so at risk of problems like heart disease or high blood pressure. A BMI anywhere between 18.5 and 24.9 is normal. If your BMI is lower than 18.5 you are classed as underweight, whereas 25 to 29.9 is overweight. A BMI of 30 or above means a person is obese.)

For anyone mathematically challenged, working out your BMI is no mean feat! To calculate your BMI you have to divide your weight in kilograms by your height in metres squared!

Professor T says that the new BMI should be worked out by multiplying the weight in kilograms by 1.3. (All do-able with a calculator!) Then however, that answer has to be divided by a person’s height to the power of 2.5, rather than height squared.

What this new method of calcuating a BMI basically means is that a person 6ft would lose a point from their BMI reading – good stuff. But people who are only 5ft end up with a point being added on to their BMI!

Ok so back to Weightwatchers for me then??

This new method of calculating your BMI does NOT get The Thumbs Up from me as it means I can’t eat so much chocolate!