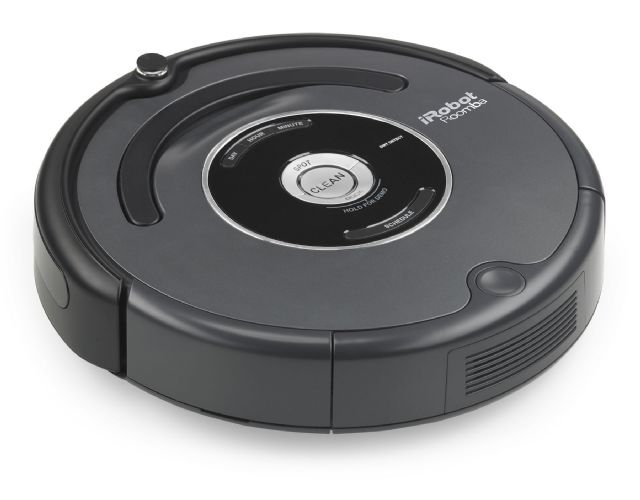 In my last post I started enthusing about technology and its many benefits.  Not only can I fit my life story, with illustrations, into a chip the size of my little fingernail but there’s more.

I was once told by an old friend about a time when his work commitments didn’t allow him time to be home to let tradesmen get on with jobs at home while he was at work.  At the time, he was having some extensive renovation work done and he was becoming quite stressed about it all. 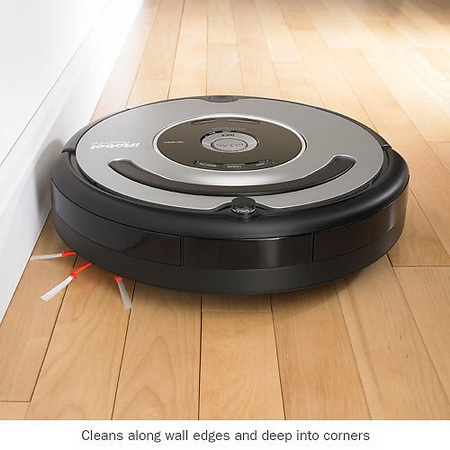 In the end he jokingly said that he’d get a gynaecologist to do the job.  Why?  Because he’d be able to get it all done through the letterbox!

Jokes aside, I have recently developed a slightly greater than normal interest in vacuuming the floors in Chateau C.  No, it’s not some latent perversion that’s just beginning to surface.  I’m not a closet butler or anything silly like that.  We’ve just got a new pet called Roomba.

Roomba’s a clever little so-and-so.  He’s so obedient too!  He never moans or groans about having to do his job.  He just gets on with it.  Wouldn’t it be great if our own offspring were like that!  Some hope…  Anyway, where were we?  Our house has never looked so clean!  Back in the old days, when Mr Dyson was dragged, kicking and screaming around the house, he used to do a fantastic job of the areas his cumbersome upright frame would allow him into.  This combined with a cussing, cursing, kicking, unwilling volunteer holding the reins was a recipe for a mediocre job at best, so there were certain areas, for example under our sofa or tv cabinet where carbon dating was necessary to estimate when the lower layers of sediment were deposited.  The bits he covered were left spotless, but everything else was left to go to seed.

Mr Roomba’s diminutive frame lets him reach the parts that other vacuum cleaners cannot reach.  And whatsmore, he does it all voluntarily, thoroughly, willingly and effectively…. without needing a human to push him here and there all the time.  Vacuuming the entire downstairs of chez nous now comprises leaning over and pushing the little green button.  Roomba 530 then plays a little tune, sits back on his haunches and then sets to it.  When he’s had enough, he simply turns around, walks back to his house and starts charging himself.  Amazing!

I made a point of reading his iRobot instruction manual in great detail because I was fascinated.  I haven’t been as interested in a new bit of kit since my parents got their first colour telly.  Remember that?  I sat there and watched all sorts of complete crap purely because it was in colour, and I’d never seen colour television before.  You name it: news documentaries, cartoons, low-budget dramas, second-rate game shows; I watched them all until my eyes went square, just because I was fascinated by the novelty.  Now here I am, over 30 years later, spellbound by a bloody hoover!  Would you credit it!  Mrs C has been noticably quiet about my new obsession.  She’s obviously never seen the house look so clean either!

Will the novelty wear off, I wonder?  Probably!  I’ve recently discovered that there is a certain amount of groundwork involved in Roomba’s routine, and as he doesn’t have any arms or legs, he can’t empty his tummy or wipe his own bottom, so that is one of his imperfections.  Also, in common with his feline cousins, he is rather prone to hairballs.  I discovered this only last night when I was cleaning his teeth.

Now give me a choice between wrestling with Mr Dyson or tending to Mr Roomba, I’d gladly settle for the latter.   Being rechargable, and quite independent, he could even provide an alternative source of entertainment to Saturday night television in the event of a power cut.  (I continue to live in hope!)

Have a look here and tell me you don’t believe me now.