Sometimes it just beggars belief that a company, whose sole purpose is to serve you as a customer, can get it so, so wrong.

I refer here to our dealings with one of the UK’s largest telecoms providers concerning what should have been a simple home move.

My parents moved home recently and, getting on a bit in their years, rely quite heavily on both the telephone and – yes – the internet as part of their day-to-day lives.  They both use the web quite a lot; my father for his genealogy stuff and my mother for keeping in touch socially with her brothers who both live abroad.  They had used TalkTalk at their old address for several years and had no grievances or reasons to change, so they decided they’d stick with them and initiate a home-move deal with them.

Everything went quite smoothly to begin with.

Day 1.    6th January. A date was arranged for disconnection of the line at their old address and then, despite having to wait a few weeks, an installation date of 6th February for the new line at their new address.  What could go wrong?

Day 31. The installation date came and despite my father receiving a text advising him to ensure someone was in at the property to avoid an additional charge, no-one showed up.  I tried to reassure them by saying that the switchover might not happen till late that night.  A call to TalkTalk customer services (I was going to say ‘a quick call’ but there’s no such thing with TalkTalk!) re-iterated what I told them.

Day 32. Still no active line and no correspondence from anyone, so I again phoned TalkTalk on my father’s behalf – he simply couldn’t afford to spend up to 1 hour each day waiting to talk to someone on his pay-as-you-go mobile phone.  It took me 54 minutes to finally find someone to tell me that the line hadn’t been connected yet.  What genius!  I didn’t need to wait on the line that long to find that out.

Day 33. A miniscule 36 minutes to discover that TalkTalk still knew nothing about it.  We contact TalkTalk via social media to try to get some sense from them that way.  Their response was to send numerous texts saying that a callback had been initiated and that they’s discuss it with us – and wait for this!!! – on the number they hadn’t installed yet.  Unbelievable!  Lots of supportive posts from other Twitter users who had all experienced similar problems though. 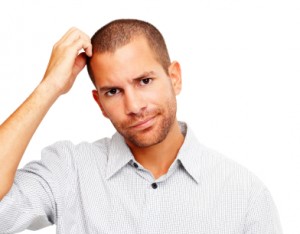 Day 34. TalkTalk today refuse to discuss the account with me because I am not my Dad.  I don’t know what the password is on the account.  He knows nothing of any password, so we’re stumped.  TalkTalk call my father and then agree a password so that he can give it to me so that they will allow me to talk to them again.  Why, I’ll never know, because they still know nothing!

Day 35. TalkTalk advise us today that installation will now take place on the 26th February.  Apparently there was a problem at the exchange on the original installation day.  Much to our disgust and protest, we have no choice but to accept this date and to wait patiently again.

Day 51. Another text arrives warning Dad that if he was not in he’d incur a penalty.  The cheek of it!  Engineer turns up at the house to advise that there’s a problem with the cable on their roof.  He’ll come back next week to fix it.

Day 53. Telephone TalkTalk to find out some sort of confirmation of this and they kindly inform that line will now be fitted on 6th March (2 months after initial order).

Day 55. After so much disappointment, the hours and hours of waiting, day after day to speak to someone at TalkTalk, numerous unresolved queries and an overwhelming uncaring attitude, my parents decided that enough was enough and that TalkTalk could stuff their order.  TalkTalk really didn’t seem to give a hoot about the ongoing chaos and treated the cancellation as a simple matter-of-fact occurrence. 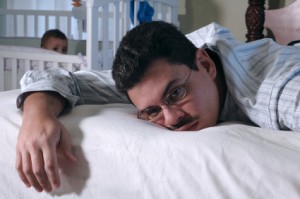 I would never, ever recommend them any more after what must surely be the worst customer service I have ever had the misfortune of receiving from any company – ever!  I have – and still do – use their business service here in the office, but their domestic service will be strictly off-limits to me from here onwards.

Footnote: I am fully aware that TalkTalk rely on BT OpenReach to carry out their installations.  If we had been able to take up the issue with OpenReach, then we would possibly have, but it must be remembered that the contract was with TalkTalk and it is TalkTalk’s responsibility to ensure a good line of communication between the installer and the customer.

Trying to arrange refund of the pre-paid line rental paid when the line was first ordered is still ongoing.  I was into my 27th minute on hold while they were trying to arrange a refund and then they just cut me off.  Absolutely unbelievable!  So I’ll try online chat… Aaaaarggghhh… waste of time.  They just tell you to ring them on an 0870 number (Free from a talktalk line – if you have one!)