Some of you will know that last year, I won a competition run by Vintage Books.It was a pretty amazing prize, consisting of a weekend stay in a B&B near Hay-on-Wye during the Hay Festival, tickets to numerous talks and events taking place there, a pair of Hunter Wellies for us both and the entire Deborah Moggach back catalogue! 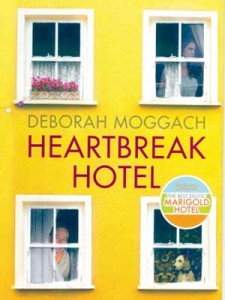 Now I love Deborah Moggach anyway so this was fantastic for me. Many people know the film The Best Exotic Marigold Hotel but few know that it was based on a book Deborah wrote called ‘These Foolish Things’. One of the prizes was a pair of tickets to go and listen to her speak about her writing – an amusing and inspiring talk which made me want to read all her backs front to back as quickly as I could. I started with Porky , in case you’re interested – and what a book it was too!

Anyway, I was just looking at the Hay Festival website to see who was on this year and I ended up almost in tears getting all nostalgic about when my daughters were younger. I took them a fair few times to Hay to listen to various authors talking – authors such as the brilliant Michael Morpurgo,

Benjamin Zephaniah and Michael Rosen. But it was reading that Jaqueline Wilson will be there this year which caused the big lump in my throat. The girls, in particular Megan, all loved Jaqueline Wilson’s books and queueing up to get books signed by her became a ‘must-do’ part in our Hay visits. We queued for hours on one occasion and nearly missed a show – but it was worth it for the look on Meg’s face!

Watching children in the audience listening to authors speak about their books is a revelation, it really is. They almost always look spellbound and often even children who have never shown any interest in reading, 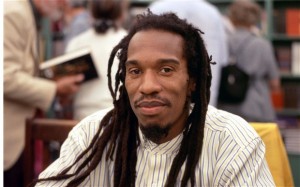 suddenly want to pick up a book.

Once upon, what seems like, another lifetime now, I was an English teacher. The High School I worked in, had an absolutely brilliant librarian who used to organise visits and guest talks by all sorts of children’s and young teen’s authors. The amazing Malory Blackman came once and it was lovely seeing disaffected, less able children take a real interest in what she had to say. Some of them had never shown an interest in reading voluntarily before but her words encouraged them to pick the books up and just ‘have a go’.

So when I read in the paper the other day that author Jonathan Meres is currently doing a Book Tour of schools throughout The UK, I thought ‘Good on him’! It’s not like there’s a lot of money in it for the authors, at least not 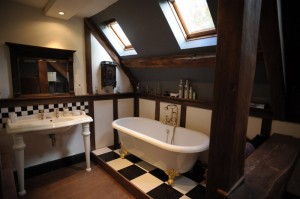 tangibly or immediately anyway, but they do it because they love their craft and they want to pass on their love to the next generation.

Incidentally, we stayed in ‘the oldest house in Wales‘ It’s not the sort of place I would ever have picked out, but it’s got to be said that Mr. C and I really did have a lovely weekend!

Time to buy my tickets for The Hay Festival 2014 now. Mr. C wants to hear Stephen Fry talk but I think Judi Dench is top of my list.

Roll on my next Competition Win too!