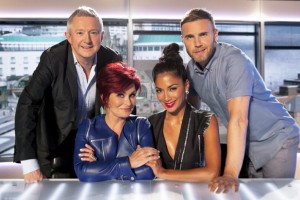 Every year when the X Factor teaser ads come on just before the new series starts, Mr. C has a bit of a whinge about how the X Factor ‘takes over our life’ as it monopolises our TV schedule every weekend till Christmas.

And for some people, it’s not just about the weekends. They download the App that’s promoted during every show, chat about the show on X Factor Facebook Pages and they play on fun, new X Factor games from Paddy Power and the like. Now you see, I, along with millions of others love the fact that we know what we’re going to be watching every Saturday and Sunday night. We don’t like those in-betweeny months when one X Factor has finished but the next one is yet to be shown. Call it a kind of ‘comfort blanket’ if you want as I suppose that’s what it’s like.

We know what we’re going to watch in advance so no decisions to be made.  Easy! We look forward to it. We laugh. We cry. We rant. We rave.We eat TV dinners. We text friends & family whilst watching. All very predictable! We know it’s going to be fun to watch whatever the outcome and eventually after the first few auditions even Mr. C gets into it and picks out his favourites. 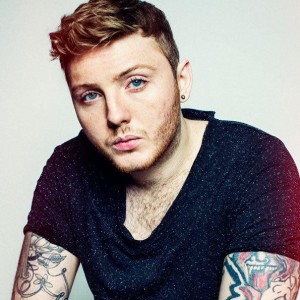 Last year we both said James Arthur was just about the best thing ever to come out of the behemoth which is the X Factor. But where is he? What’s he done since? His voice isn’t as good as Leona’s and it’s fair to say he’s no oil-painting but when he sings,  boy can he tell a story! His interpretation of songs last year had me in tears a few times and you could have heard a pin drop in the room when he was singing, so entranced and moved were we by his rough and ready voice.

I’m looking forward to hearing him perform soon once the live shows start because ‘as sure as eggs is eggs’ he’ll be releasing a single and album around that time. Well the other Mr. C isn’t stupid is he?! If he sticks one of his proteges on a show with 12 million viewers , he knows he’s going to get a fair few downloads, album sales and the rest and I for one will be putting my hand in my pocket to support James Arthur!