Feeling a bit rejuvenated by our recent travels, we sat by our kitchen table having breakfast and reading the Saturday papers when I looked at Mrs C and asked ‘what do you fancy doing this week?’.  After not an enormous amount of head scratching we decided that a trip of some sort was on the cards, so we bit the bullet and booked 2 return flights to Geneva, leaving the following morning with the intention of seeing a bit of somewhere neither of us had visited before – Switzerland.

People who say that you can’t do that at such short notice are wrong!  We picked up the laptop at 1 o’clock, and were all booked, packed and ready to go by tea-time. 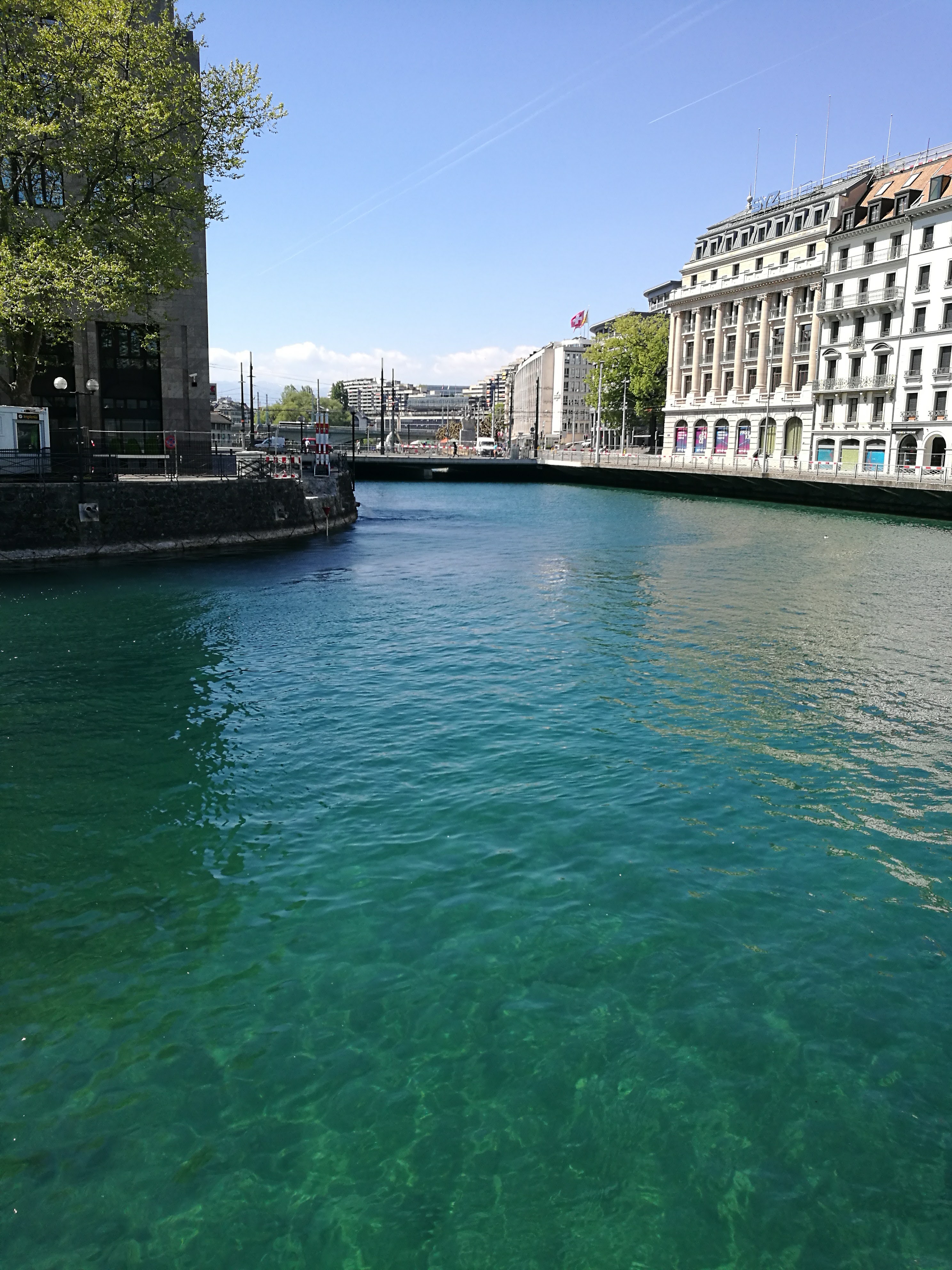 Getting up at stupid o’clock to get to Bristol airport in time for a 7 am flight made everything that little bit more exciting.  We boarded a very quiet Easyjet flight dead on time and before we knew it, were standing in the passport queue in Geneva airport.

The Swiss LOVE tourists!  They can’t seem to do enough to help them.  If you’re a tourist you can pop up to a machine in the baggage hall and get a FREE ticket, valid on all trains, trams, buses and even some boats.  This is valid for 80 minutes – or enough time to get you to your hotel for free, where the hotel would then provide you with another FREE pass for all the above, valid for the duration of your stay.  This was the case at each of our subsequent ports of call along our journey.

Can you honestly imagine seeing a machine at Heathrow arrivals offering free public transport through London?  It costs over a fiver to get to an airport hotel, let alone getting around the city! 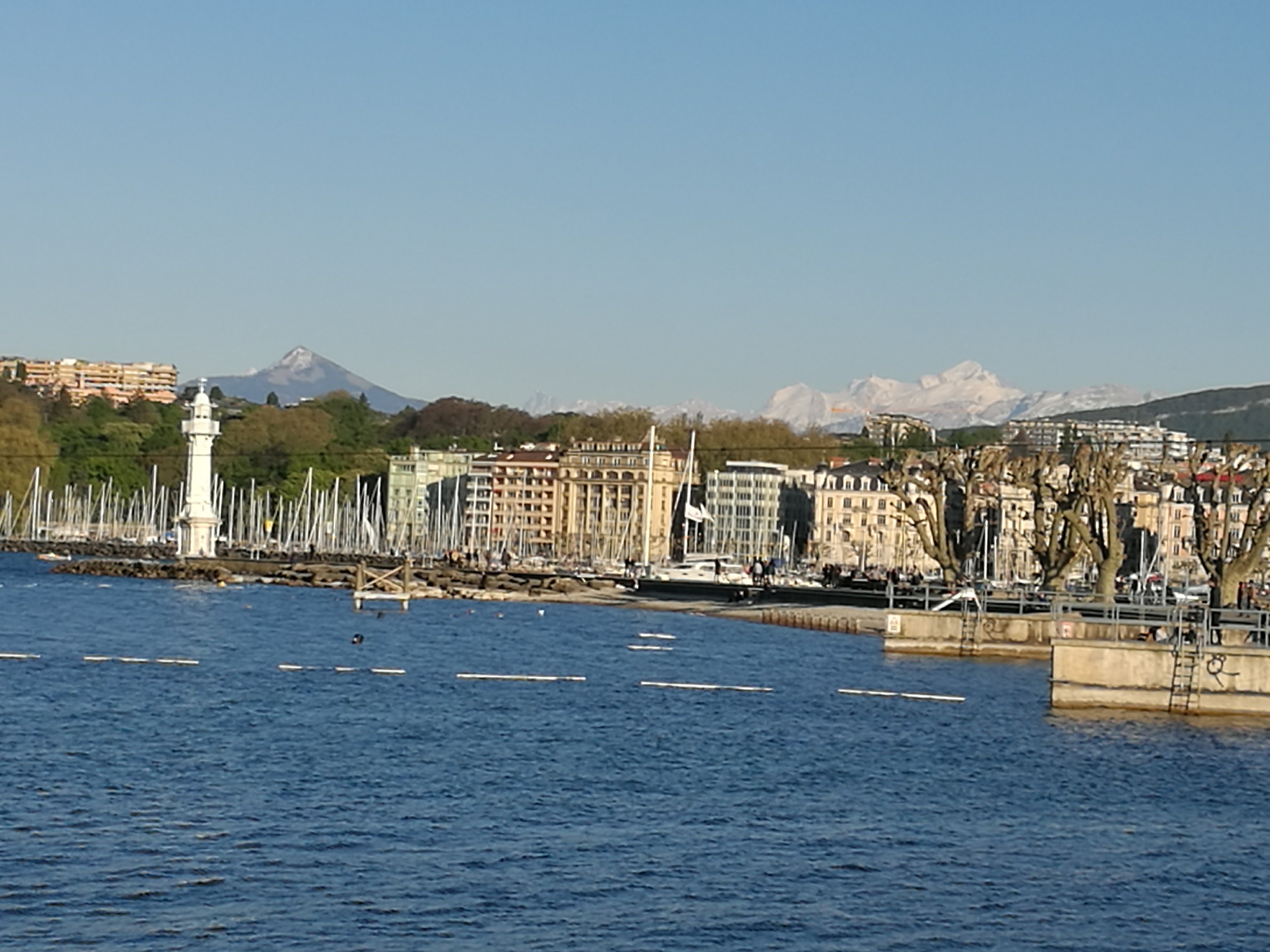 Geneva is lovely.  It’s not the busiest, or indeed the most spectacular of places, but it does have some character.  From the extravagance of the lake-front hotels to the narrow streets of the old town, it was a ‘nice’ place to be.  We walked our little socks off seeing pretty much the whole of the city in the one day.  We were a little disappointed that the famous fountain – the ‘Jet d’Eau’ wasn’t running.  Mind you, it was a bit on the breezy side, so it would have resulted in a very wet promenade nearby.

Don’t go to Switzerland expecting to do a pub crawl on a budget though.  Everything is very expensive there, especially food and drink!  We popped into the Beau Rivage hotel, overlooking Lake Geneva, for a quick cocktail, because the terrace bar looked lovely in the evening sunshine.  What a beautiful hotel too; fountains in the reception, elaborate vaulted staircases leading onto ornate terraces rising upward.  They went almost as high as the prices in the bar!  We’d never seen a single cocktail costing £50 before and were quite shocked.  Sufficiently shocked to do a runner, using the excuse that the terrace was ‘a little bit smoky’. 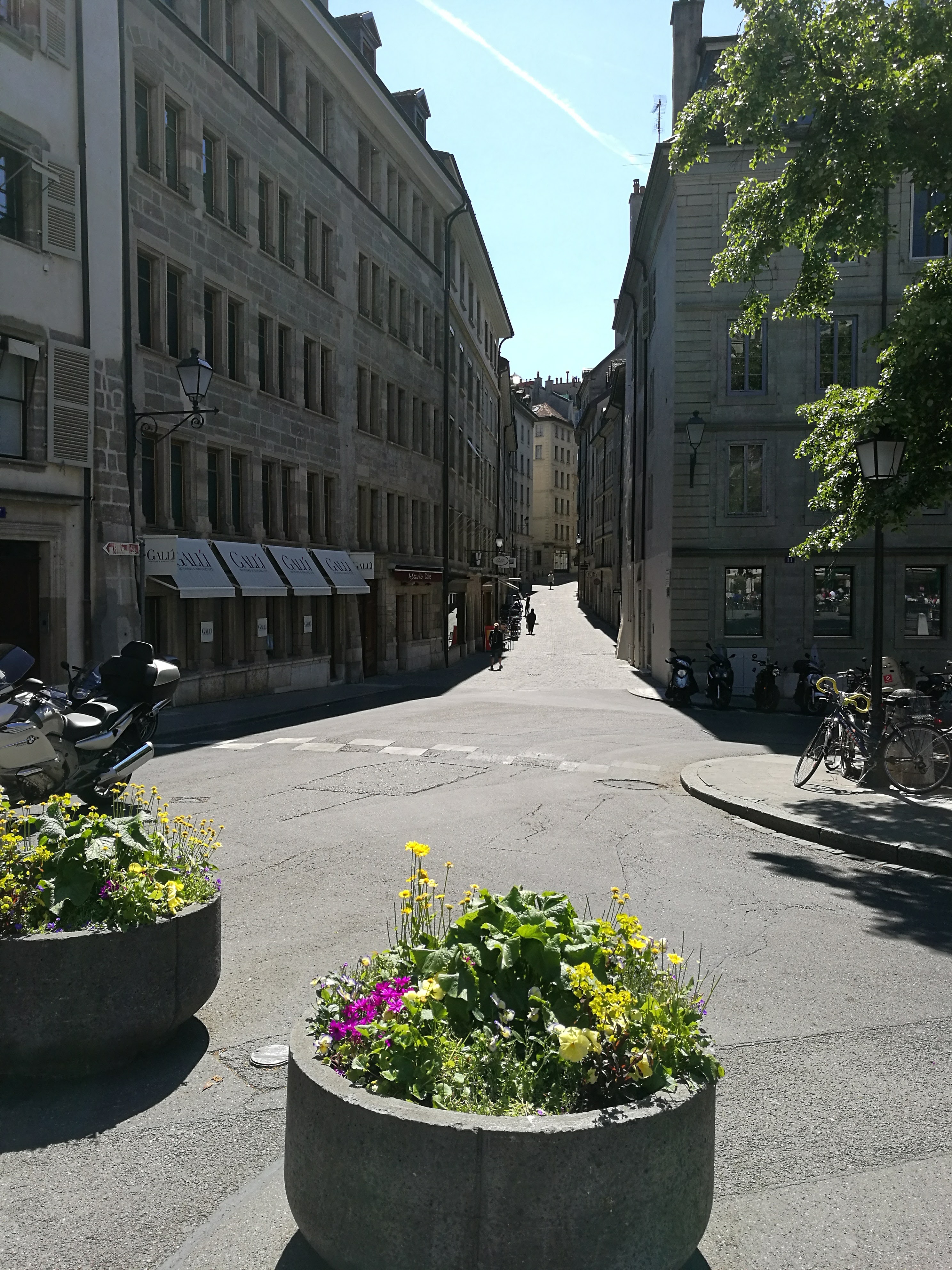 After that we found a little tardis-like place around the corner called Au Petit Chalet on Rue Chaponniere, with some tables on the pavement outside, where we drank some delicious cold beers and followed by an authentic Swiss cheese fondue, served on one of those little oil burners to keep everything hot.  That was more like it, and the whole lot cost less than one drink on that aforementioned terrace.

A couple of night-caps in a little bar a bit further along sent us back to our hotel, the Novotel Geneva Central smiling and surprisingly still solvent. 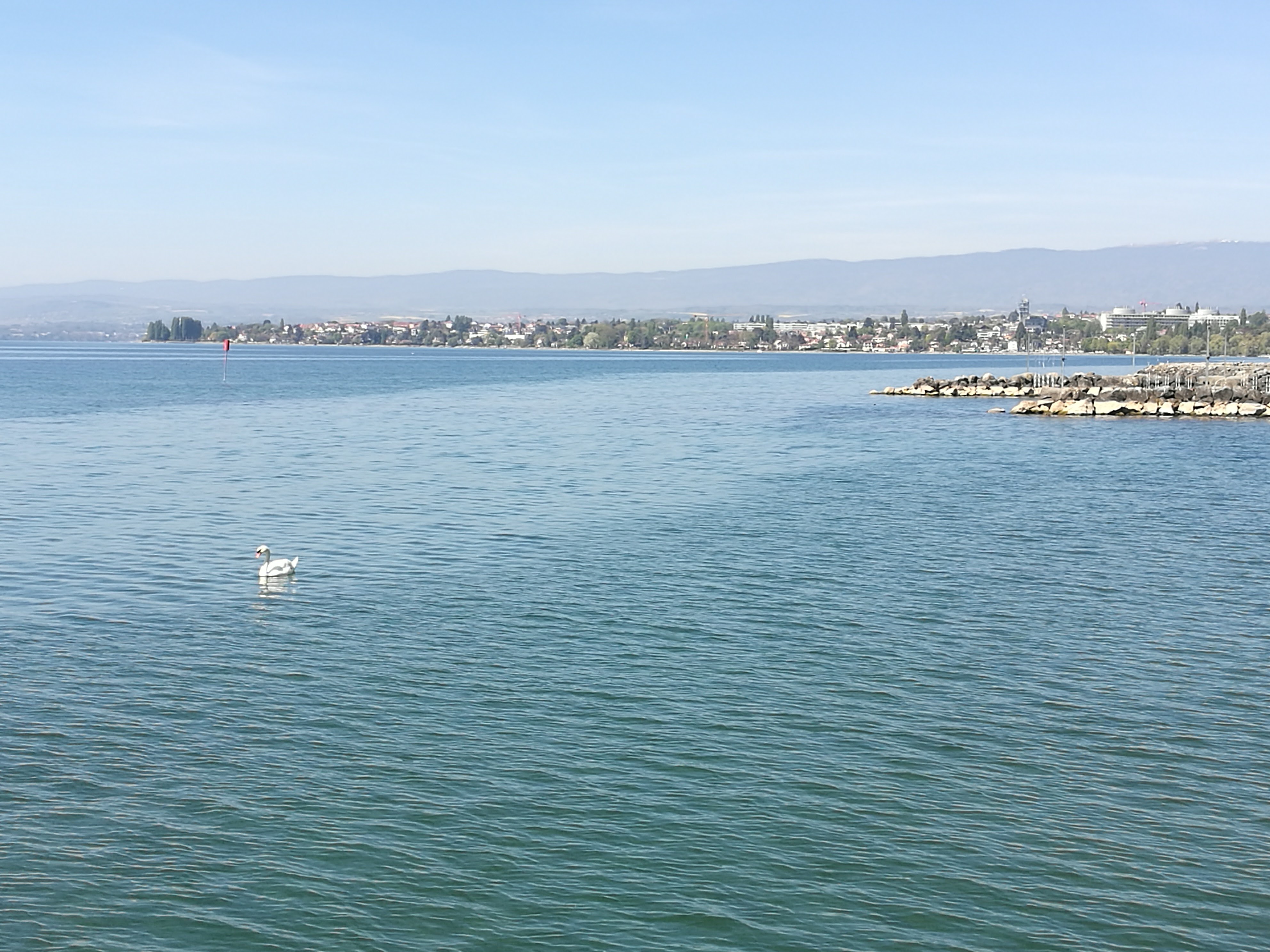 The following morning we picked up a hire car at the Avis / Budget office just around the corner and set off along the north shore of Lake Geneva, stopping at Vidy, just outside Lausanne for a little while before moving on to see the beautiful Montreux.  Montreux is picture-book pretty, with its views out over the crystal clear lake to the snow-capped mountains beyond.  We smiled when we discovered that the monument in the city centre close to the old market at the lakefront was a sculpture of the late great Freddie Mercury.  A little wander around followed by an ice cream meant it was almost time to head to our next point of call which was the Hotel du Leman, nestled in the hills above Vevey. 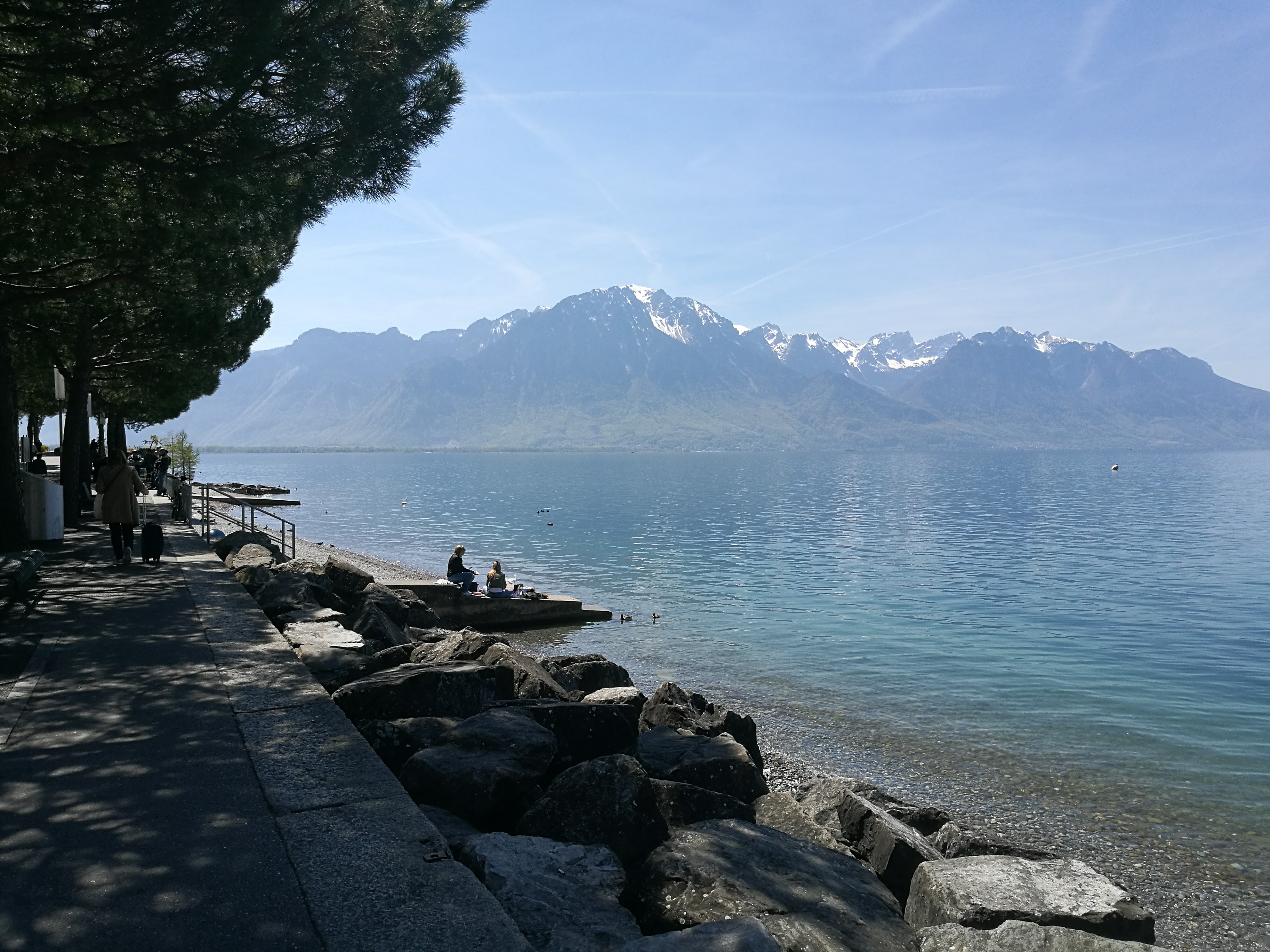 If this hotel had one amazing feature it was quite simply the view.  It was a sunny, warm afternoon, so instead of going out pacing the streets, we just sat and admired the absolutely stunning views over Lake Geneva, or ‘Lac Leman’ as the locals call it.  Despite the view we had a delicious and not too expensive meal and settled down for the night ready for our next drive. 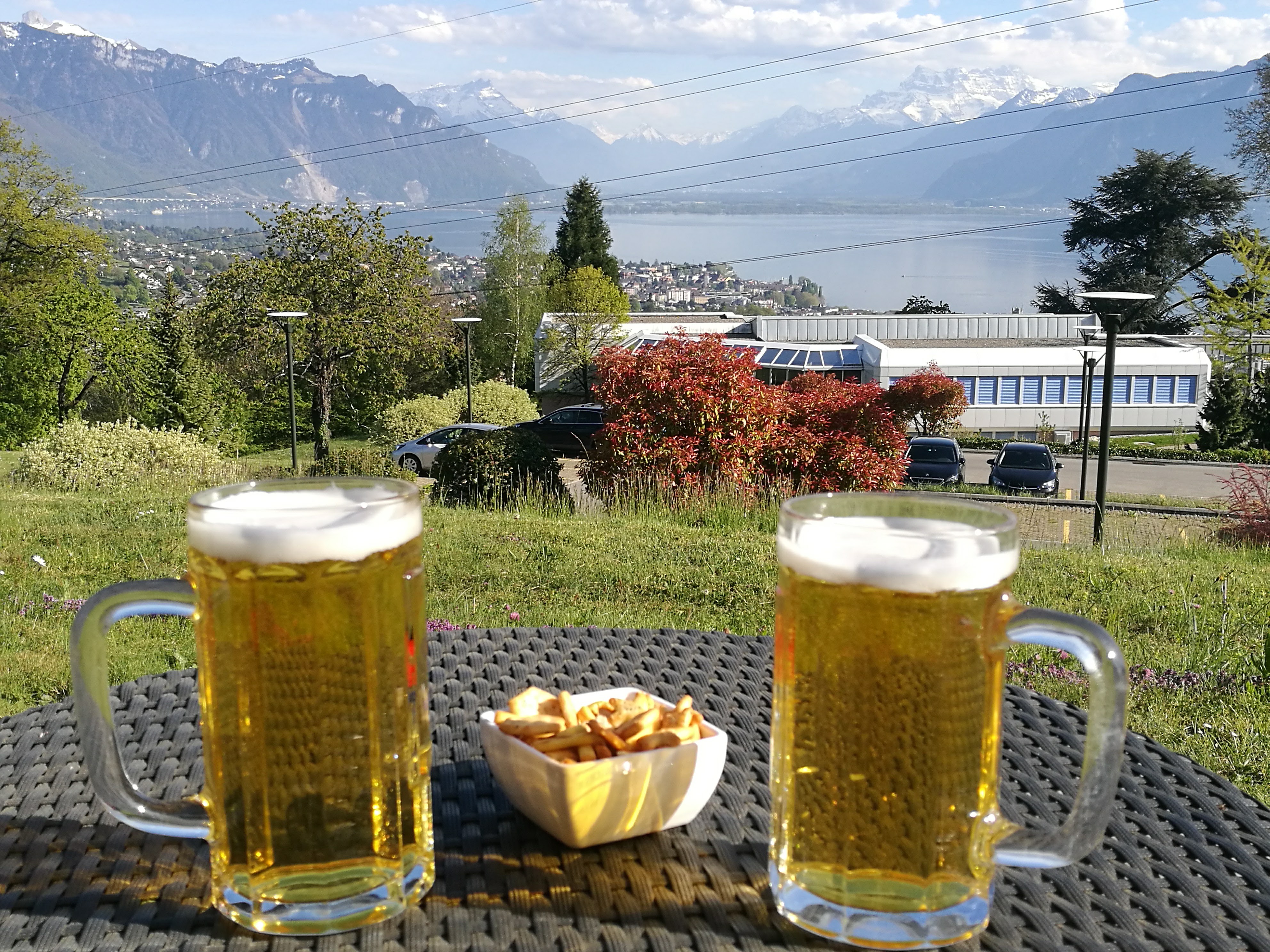 Leaving Vevey we headed east up into the mountains, past Gstaad and onwards into Interlaken.  Those roads were truly spectacular, with their switchbacks, hairpins and tunnels, climbing and climbing until we were almost at the snow line.  By the time we got to Interlaken, which we have to say was a little disappointing, it had started to rain.  Row after row of souvenir shops, fast food outlets and thousands of oriental sightseers armed with the proverbial selfie-sticks.  Pretty, yes, but somewhere I’d rush back to?  Neh… don’t think so.  It’s not the Switzerland we came to see. 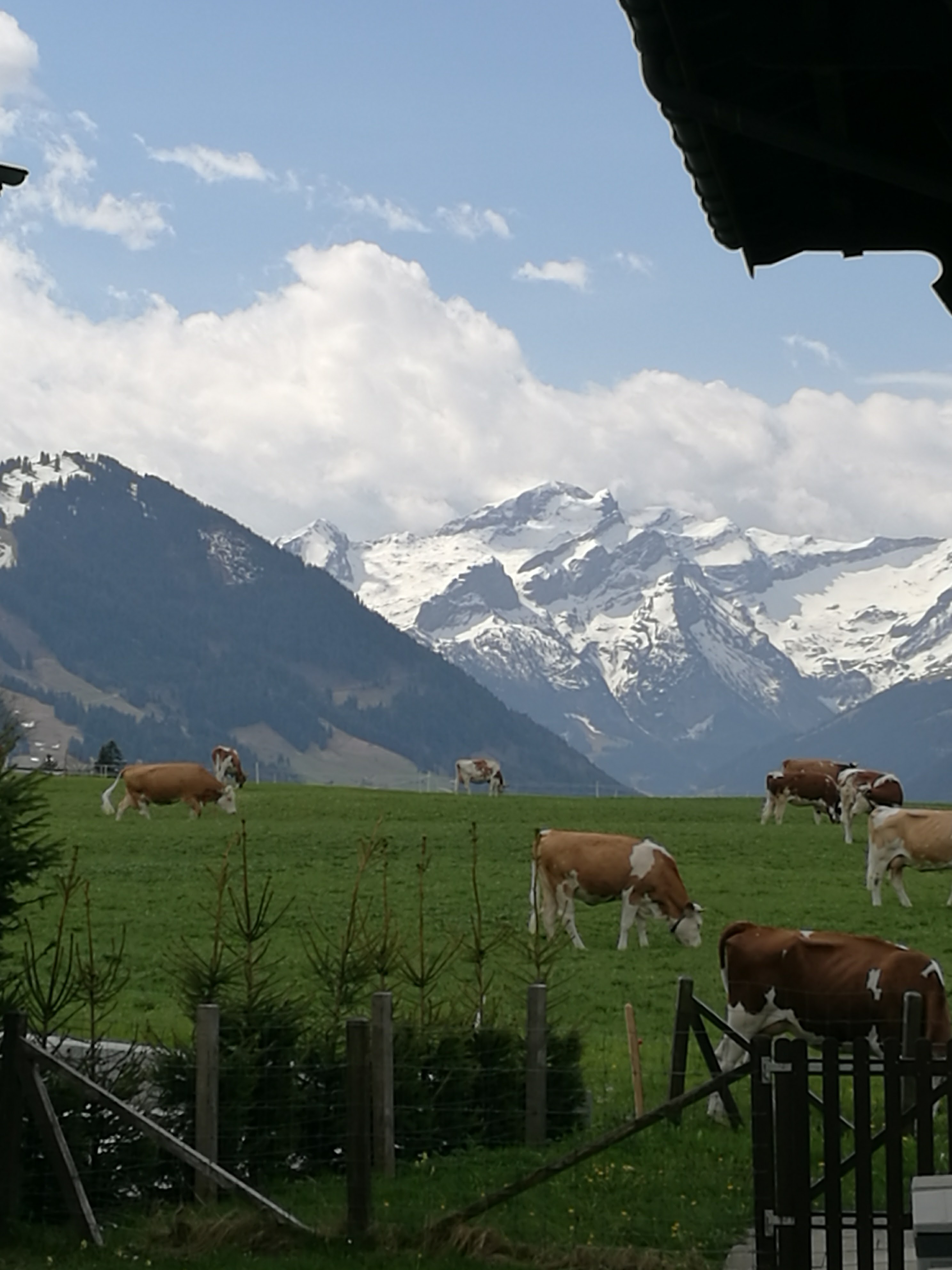 So onward to our next stopover, Luzern (Lucerne to those of a French bent).  By now it was bucketing down, but we weren’t going to let it stop us getting around and seeing the place.  We donned our trusty pac-a-macs and ventured down to the waterfront where we saw the famous Kapelbrugge and twisty old town streets.  We found shelter eventually in would you believe – a British pub on the river-front called Mr Pickwick, where we were served some delicious cold pints of good beer and family-sized portions of delicious food.  Later in the evening the rain got the better (or was it wetter) of us and we called it a day, retiring to our delightful loft room at the Hotel Bed and Breakfast, just a 10-15 minute walk up the road. 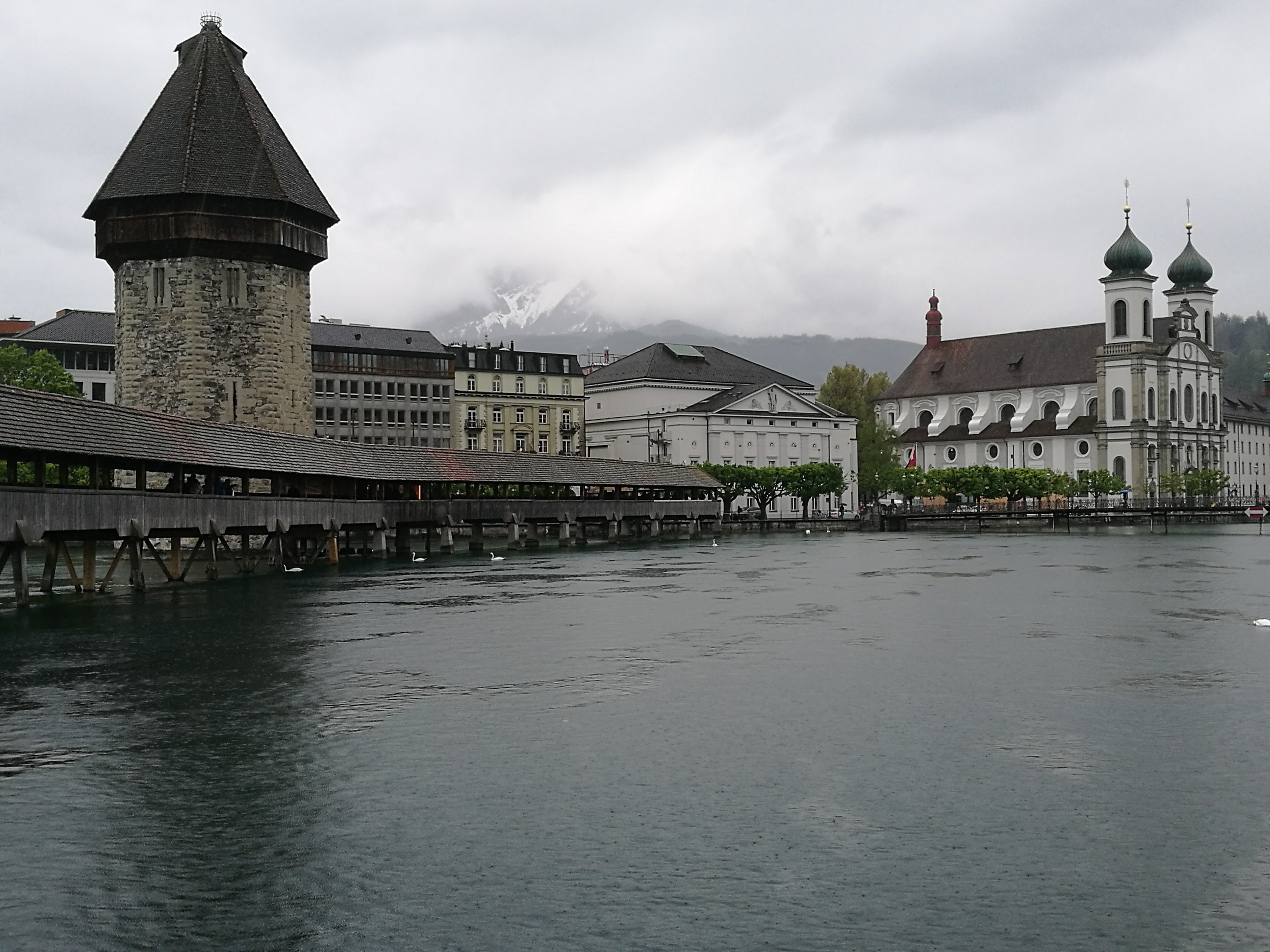 Wednesday saw us en route to the Unesco World Heritage site that is the city of Bern, with its arcaded streets and world-famous casino, leading out to the shopping streets and squares that surround it.  Even on the rainy day that we were there it didn’t stop us enjoying a walk around the city and seeing everything we wanted to.  We were somewhat disappointed to see that the aquamarine blue waters of the river were more muddy-browny-grey though.  After a quick bite to eat it was back on the road, heading back to Geneva for our flight home. 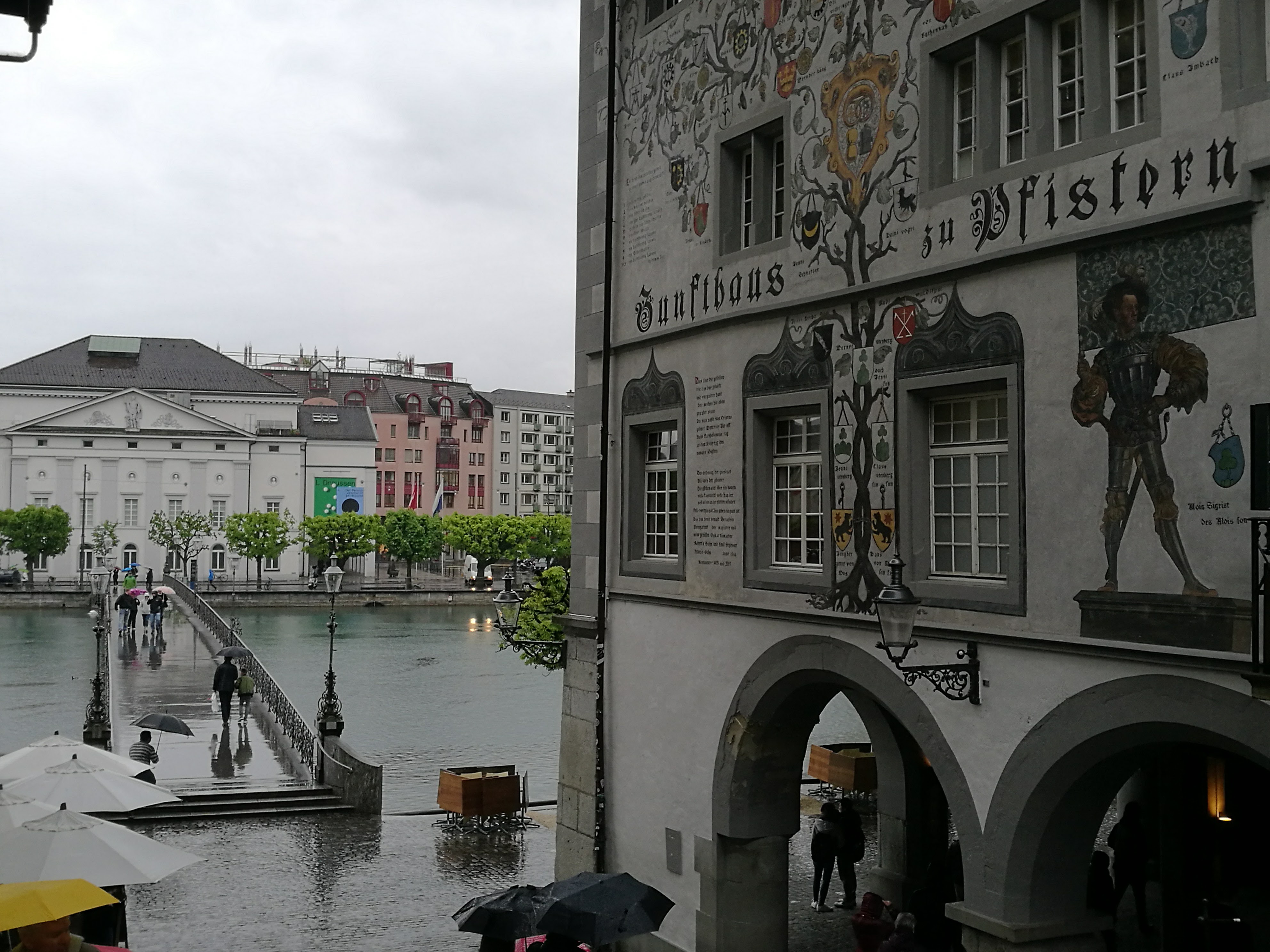 It was a delightful few days and well worth the visit.  As mentioned above, it’s not cheap by any means, but if you want to see purity, cleanliness and sheer natural beauty then you’ll be hard pressed to find anywhere quite as pretty as Switzerland.  It really is picture-book pretty!