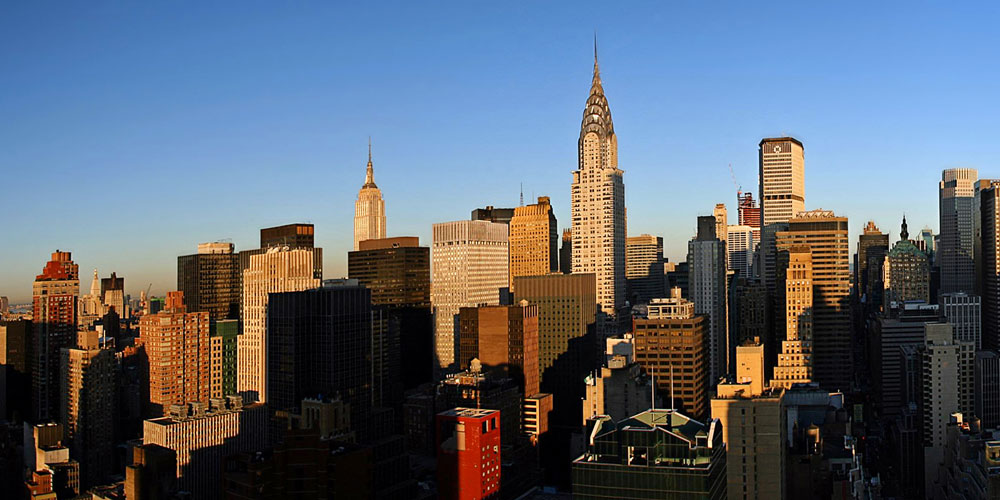 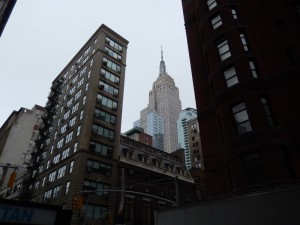 Ten years ago Mrs C and I ventured with 5 kids in tow over to The Big Apple just before Christmas to tie the knot. It was absolutely freezing – minus 15 degrees on the morning of our wedding – but nevertheless it all went really well and all 7 of us had a fantastic and memorable time. So much so that we promised ourselves at the time that we’d go back in ten years’ time as a celebration.

Roll the clock forward 3652 days and we were back! This time we were to make a two-centre thing of it by including an additional few days in Las Vegas, mostly because it seemed a cheaper option. I know that doesn’t make sense, but believe me, it’s true. 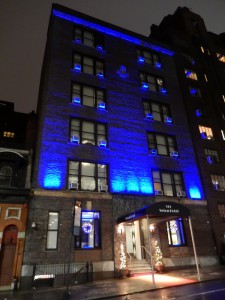 If you ever have to choose a time to arrive in Manhattan, don’t choose 5pm at Penn Station! It’s mayhem! However we were very cheeky and managed to flag down a willing, if slightly maniacal, limo driver to take us across town to our hotel, which he did in a most white-knuckle fashion. It was like a stock car race with no fewer than half a dozen eye-closing grimaces as we narrowly missed buses, trucks and innocent bystanders in our 1 and a half mile race.

Our hotel, the Seton Hotel on East 40th Street was lovely. A brilliant setting, just around the corner from Grand Central Station and a short hop from the Subway station, it’s a smaller ‘boutique’ hotel with clean, comfy rooms, delightful staff and plenty of facilities to make your stay just that little bit more comfortable. Lots of New York’s attractions are within walking distance and those that aren’t are only a short subway ride away. There’s a great little pub next-door but one and a diner called ‘Bloom’s Deli’ serving fantastic breakfasts only a minute’s walk away. 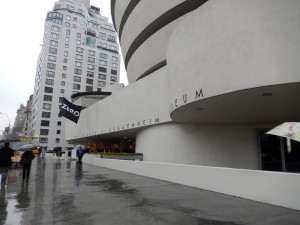 We managed to pack in a trip to the top of the Empire State Building, although I’ve no idea why, as it was absolutely tipping down and we could hardly see our hands in front of us, the Statue of Liberty, The Guggenheim Museum, a stroll down Madison Avenue to see what we couldn’t afford. We also seemed to gravitate around the food hall at Grand Central. Heaven knows why, but the smells are so nice you can’t help it.

It was a welcome break from the winter rain and wind to head off towards Vegas for the second half of our trip. We had a corner suite at the Vdara hotel, which was a real hidden gem. The view was fabulous – overlooking the Bellagio fountains and most of the lower ‘Strip’. The room was huge with 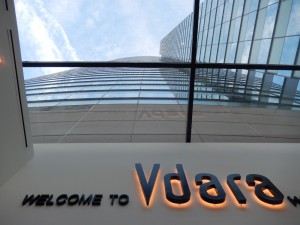 a separate lounge area, a dining area, a fab bathroom with an enormous bath, from which you can watch the goings-on in the bright lights below. The hotel has its own deli store in reception and is directly connected to the Bellagio and only a very short stroll to both the Aria and Cosmopolitan hotels. It has a really nice foyer bar, where you can choose to drink inside or outside depending on the temperature outside.

Unusually for Las Vegas it’s a non-gambling hotel, with no casino and no slot machines lining the public areas. It’s also completely non-smoking, which for us was great news. We knew from past experience how the smoke from the public areas so easily infiltrates the rooms in some of the other hotels. 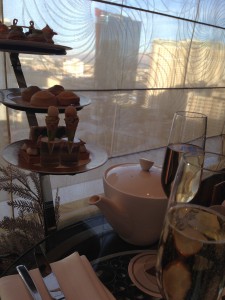 Our treat of the week was a Champagne Afternoon Tea at The Mandarin Oriental.  The Tea Lounge is situated up on the 23rd Floor of the mightily impressive Mandarin Oriental Hotel and with some of the best views of the bright lights of Las Vegas Boulevard it is a haven of peace and tranquility.  Tea is served with an assortment of beautifully presented cakes, sandwiches and scones and it’s hard to imagine a nicer and more convivial atmosphere anywhere in Vegas.  It’s a bit like turning down the speed of life for a little while.  The service is impeccable and combined with the views and atmosphere it really takes some beating as an afternoon outing.

One of our nights-out was to see Cirque du Soleil’s ‘Zarkana’, a visual and auditory spectacular with some absolutely breathtaking acts. We had excellent seats quite close to the stage and enjoyed every minute of the stunning show. It made me think back to going to a circus back as a child, but this was infinitely more spectacular. We particularly liked the 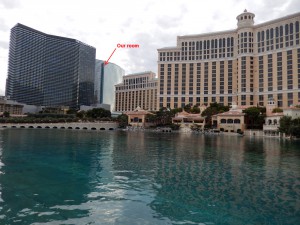 juggling act as it seemed to be achieving the impossible! There was also a ‘sand-artist’, whose work was projected onto a screen at the back of the stage and a team of truly awe-inspiring trapeze artists.

Las Vegas offers an outstanding choice when it comes to places to eat out and on one evening we chose to eat at the Wolfgang Puck Pizzeria in the Crystals centre below Aria. For a restaurant group with such a great reputation we were appalled by the poor service. We felt as though we were an inconvenience and they couldn’t get us out of there fast enough. But hey, that’s another story and it didn’t stop us enjoying the rest of our stay.

Our journey home with British Airways was fine until we arrived at Heathrow and couldn’t disembark for a couple of hours because of a control centre fault. The last thing we needed after a 10 and a half hour flight.

All-in-all though we had a fantastic time and are already looking forward to our 20th!

We flew with British Airways, using their Galleries Lounge in Heathrow Terminal 5 and took advantage of a Stay and Park package with APH, staying at the Holiday Express Heathrow and using Purple Parking’s Meet and Greet service.