Our American road-trip has been on the agenda for many months now, but we’ve finally started.  I don’t know if it’s an omen or not, but the very first step on the journey was our flight from London Heathrow to Boston with Virgin Atlantic.  All seemed to be going well until just before we were about to step onto the plane at the gate when a cheery smiley Virgin Atlantic customer services lady tried to put a positive spin on the fact that we were going to be delayed by two hours so that we could be Samaritans by helping to get a pilot to their Manchester to New York flight.  Since when does a company inconvenience over 250 of its paying customers in order to sort out an internal HR problem?  Amazing? Pathetic? 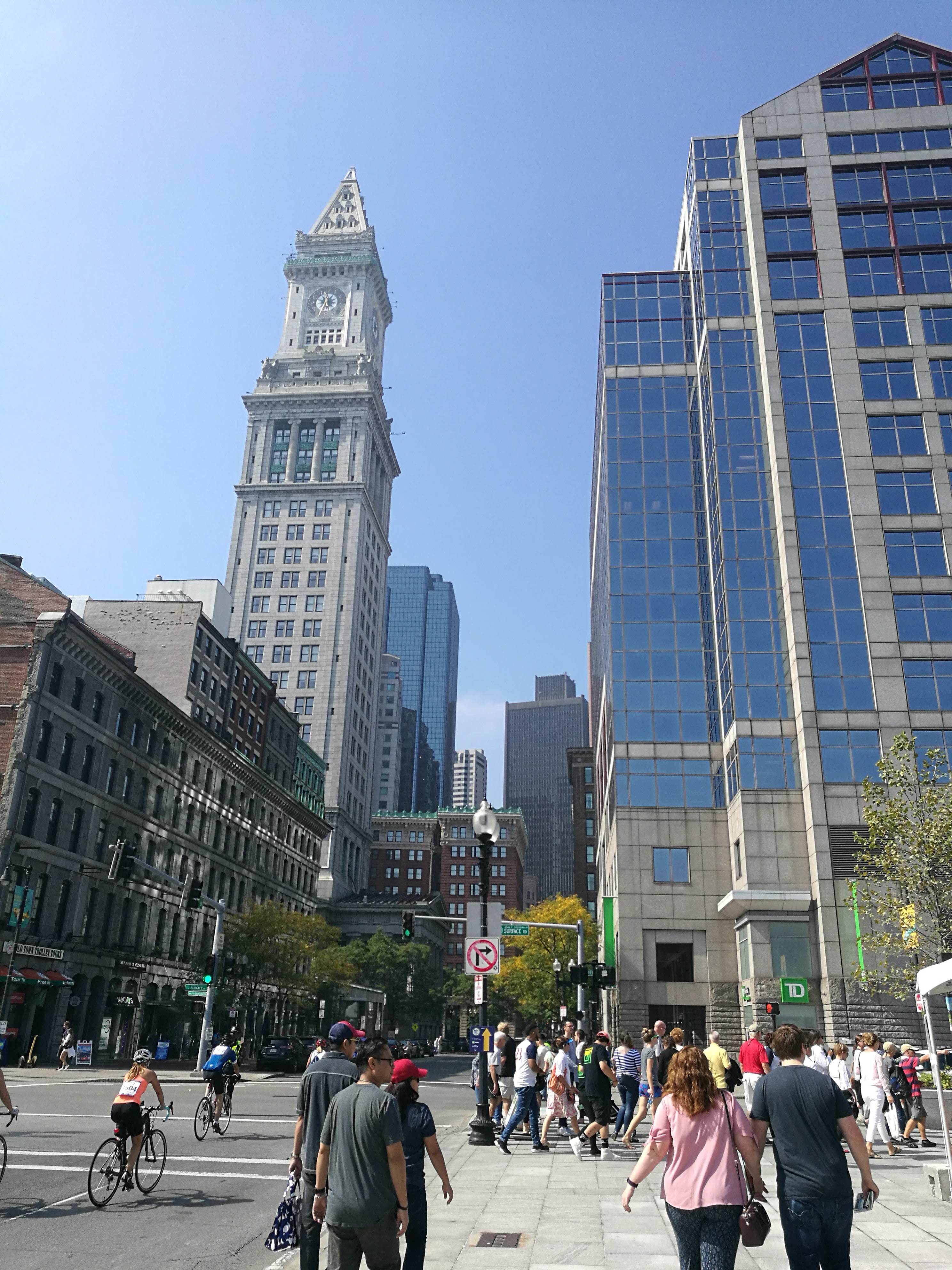 We finally got to our hotel, the Magnuson Hotel in Framingham, just outside Boston around midnight. Basic but more importantly clean, comfortable and within our tightish budget. The free breakfast is pretty heavy on the carbs but the coffee’s good and the ‘bran flakes’ do the job. The odd sleight of hand here and there gathered us a couple of bananas and apples towards our 5-a-day later. 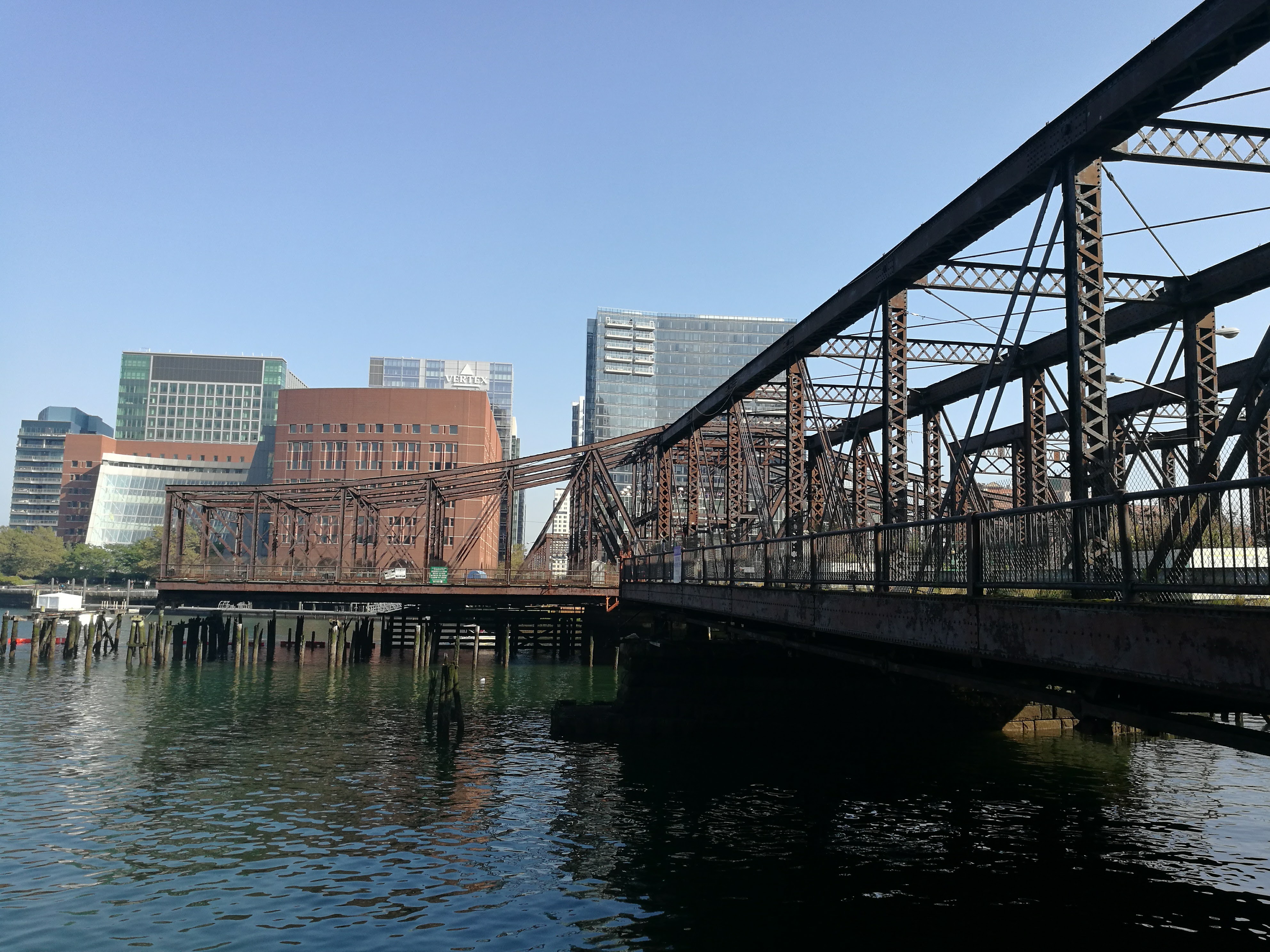 Getting into Boston on Day 1 gave us probably the worst dose of transportation hiccups ever. Turns out that on Saturdays the train only goes into town once every two hours! Paying for parking at the station car park on an App we had to download with virtually no signal was nigh on impossible and so we decided to brave the Interstate 90 and drive into Boston and suffer the $40+ parking charges. Turns out Boston’s car parks must be run by yacht-owning oligarchs. Either that or the sort of people who can afford to holiday in Martha’s Vineyard the whole New England summer. 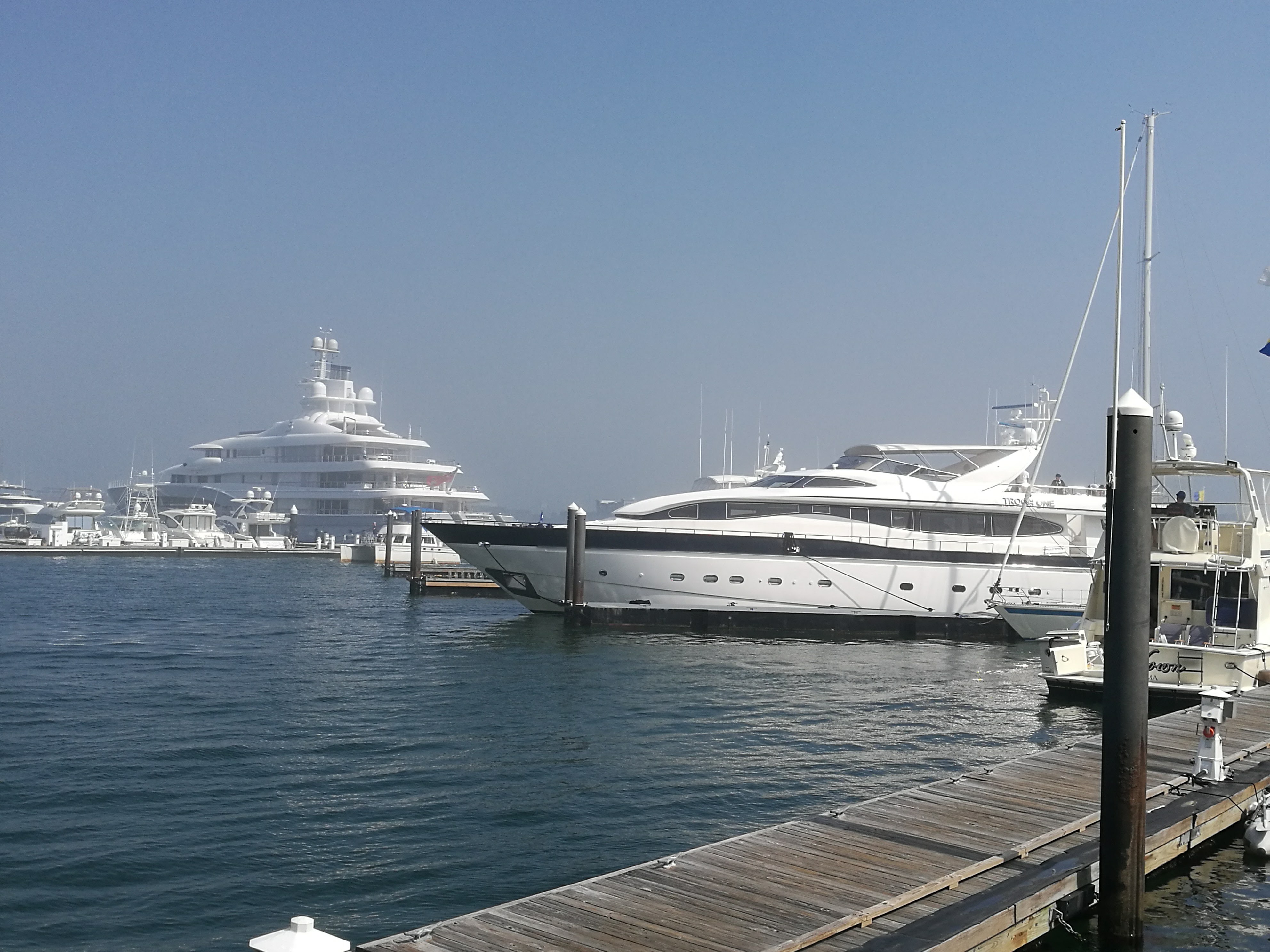 We walked the Freedom Trail, wandered around the Boston Waterfront to see afore-mentioned oligarchian boats and coffee-ed in The Prudential Centre. We wanted to go up to the observatory at the top to ooh and any over the Boston skyline, but this travelling on a budget malarkey meant we had to forgo that must-see experience!

However, must-see and do-see are different beasts and our ‘did-see’ was pretty impressive all the same!

Later in the day we popped into a Walmart store, expecting an Asda with Lucky Stars and pretzels.  How disappointed we were to find that in the almost half an acre that the store covered, only two rows were dedicated to ‘real’ food, the rest being chemically-crammed snack foods, wool and haberdashery, enough bikes to equip the Tour de France and some video rental machines. 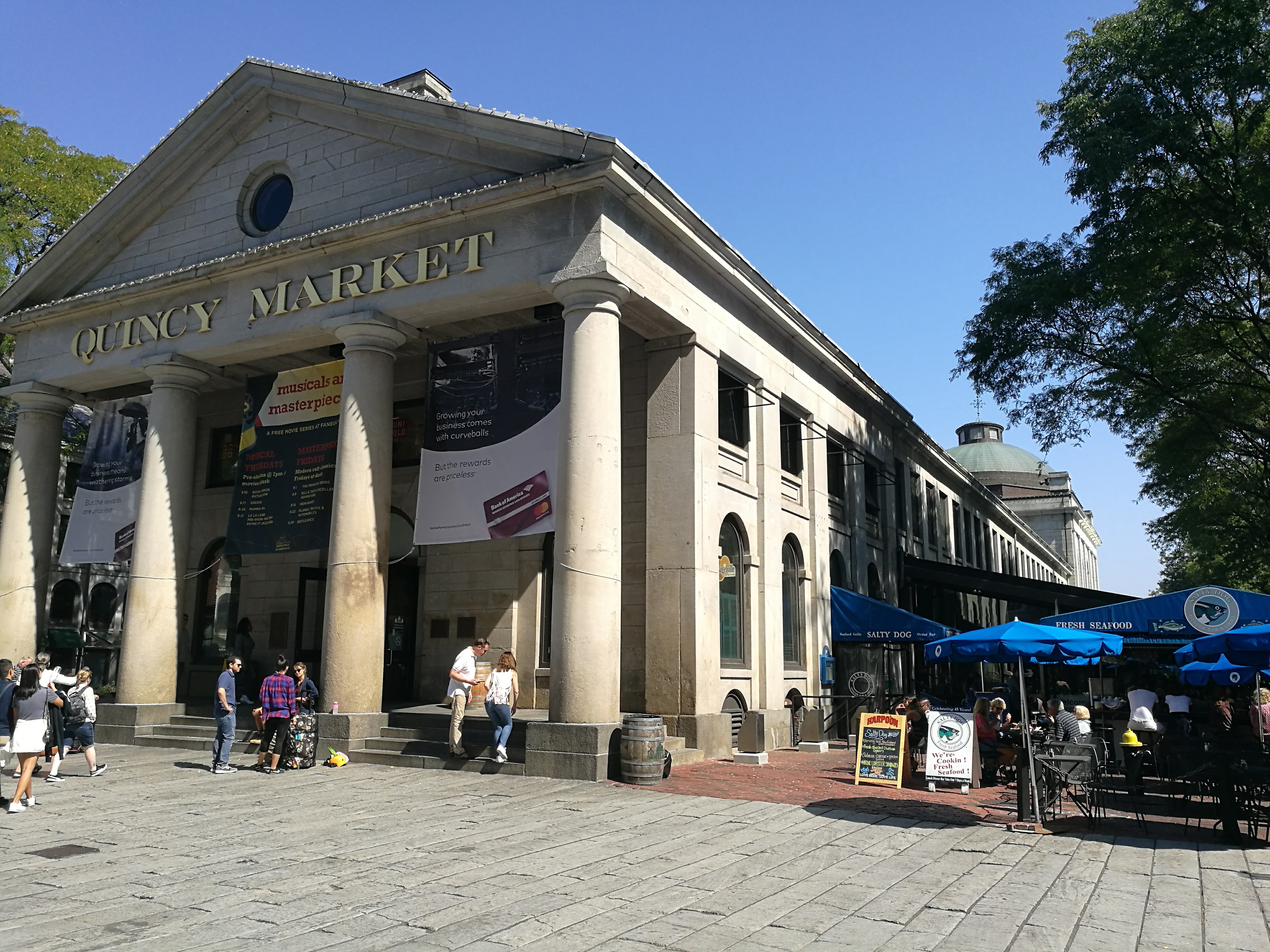 Day two involved a very much easier drive into town and dropping in to an almost perfect street side parking space opposite the Hilton hotel, only a block away from the waterfront.  The whole of the ‘Rose Kennedy Greenway’ was dedicated to Boston’s annual food festival, so we wandered and sampled almost everything that was on offer, from coffee to popcorn, to toffee, ice-cream, burgers, Welsh cakes (yup!) and much more.  Freeganning, I think it’s called. Quincy Market and Faneuil Hall aka The Cradle of Liberty in downtown Boston were the icing on the cake and many more calories were invested in rounding off a perfect day. 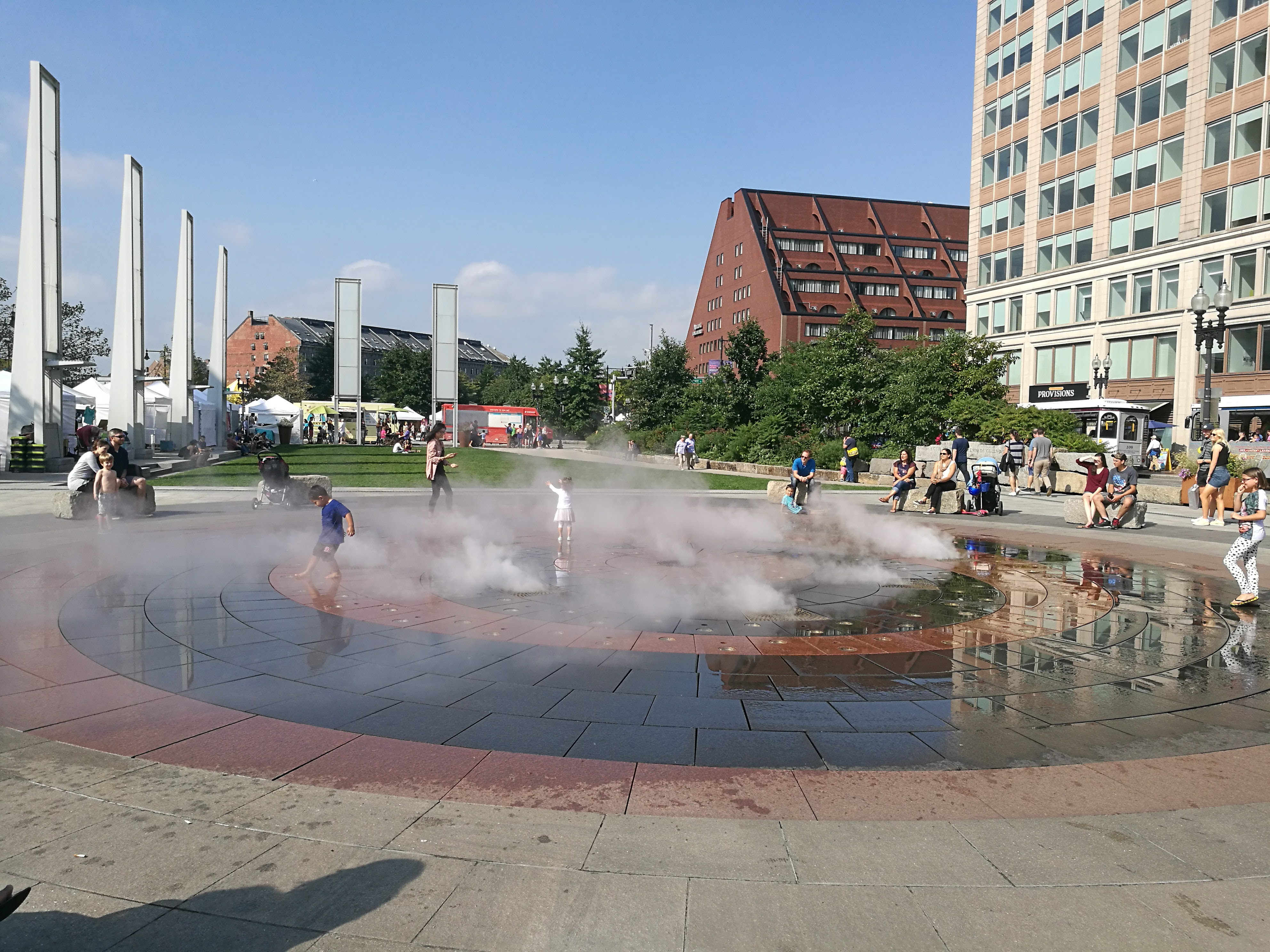 Hot, tired and in need of a cold beer, we drove home to chill and rest our weary feet in our air-conditioned room for a few hours and work out how to get to A Little Inn on Pleasant Bay in Cape Cod tomorrow.