After a couple of weeks back at home soaking up a bit of cold and wet British winter we’re on the move again.  This time we’re heading to sunny Thailand to brighten the spirit and simply unwind a bit.  The outbound flight was with British Airways and full marks for punctuality and service meaning we were away on time for the 11 hour trek to Bangkok.  I don’t know if it was just the individual aircraft we were on, but things are starting to look a bit tired and worn on BA’s 777 fleet now.  I remember flying on these aircraft back in 2004 and very little seems to have changed since then apart from the even deeper bum-shaped indentations in the economy class seats and the now quite outdated ‘seat-back entertainment’ system.  Nevertheless it wasn’t a bad flight and we landed on schedule in Bangkok ready to give it our best shot. 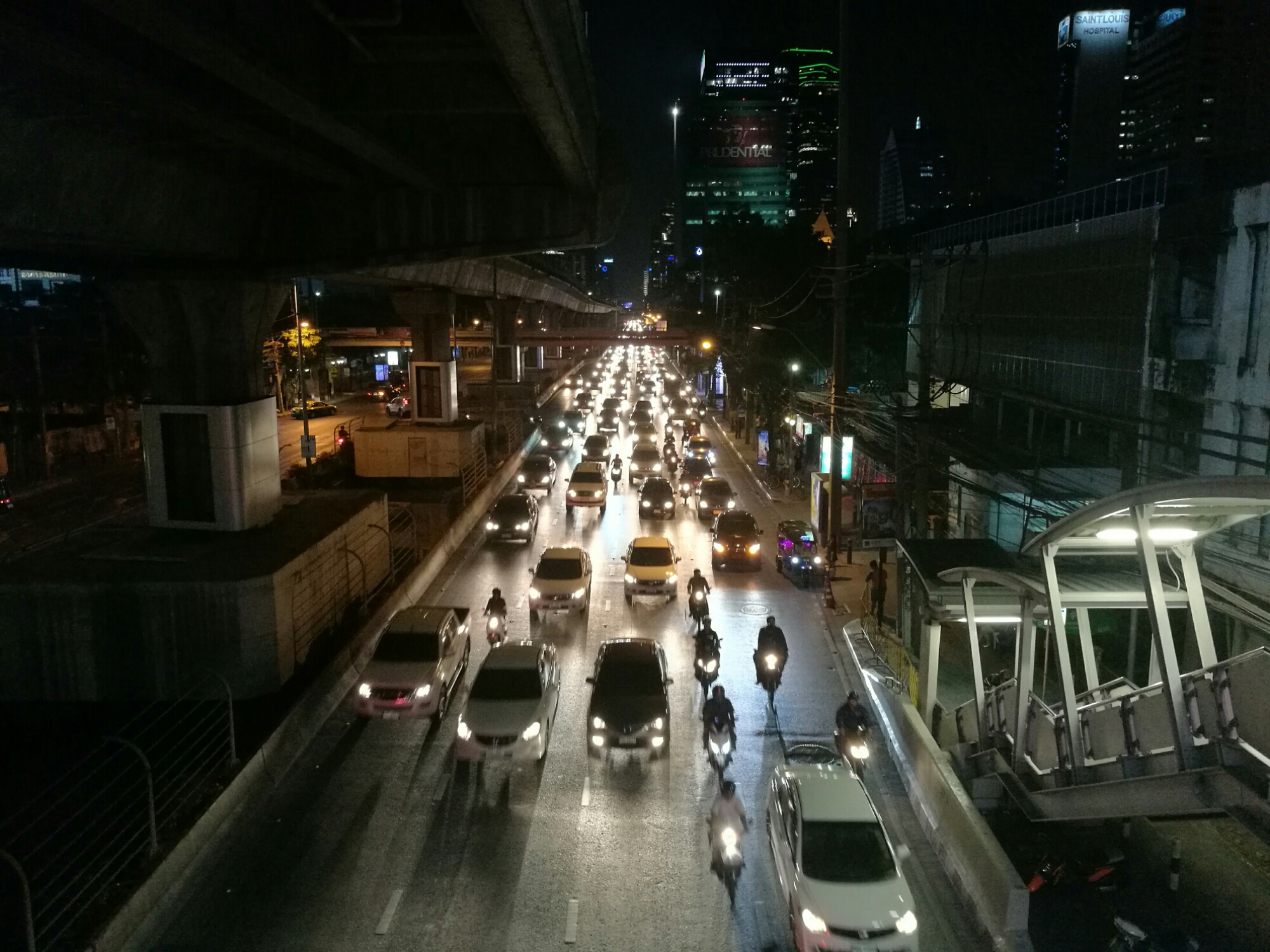 Hell, the Bangkok roads are busy!  Our taxi ride into town took over 45 minutes, many of which were in nose-to-tail 5-lane traffic.  Despite this it only cost 400 bhat (around a tenner).  Can’t imagine getting out of Heathrow for that much in the UK. 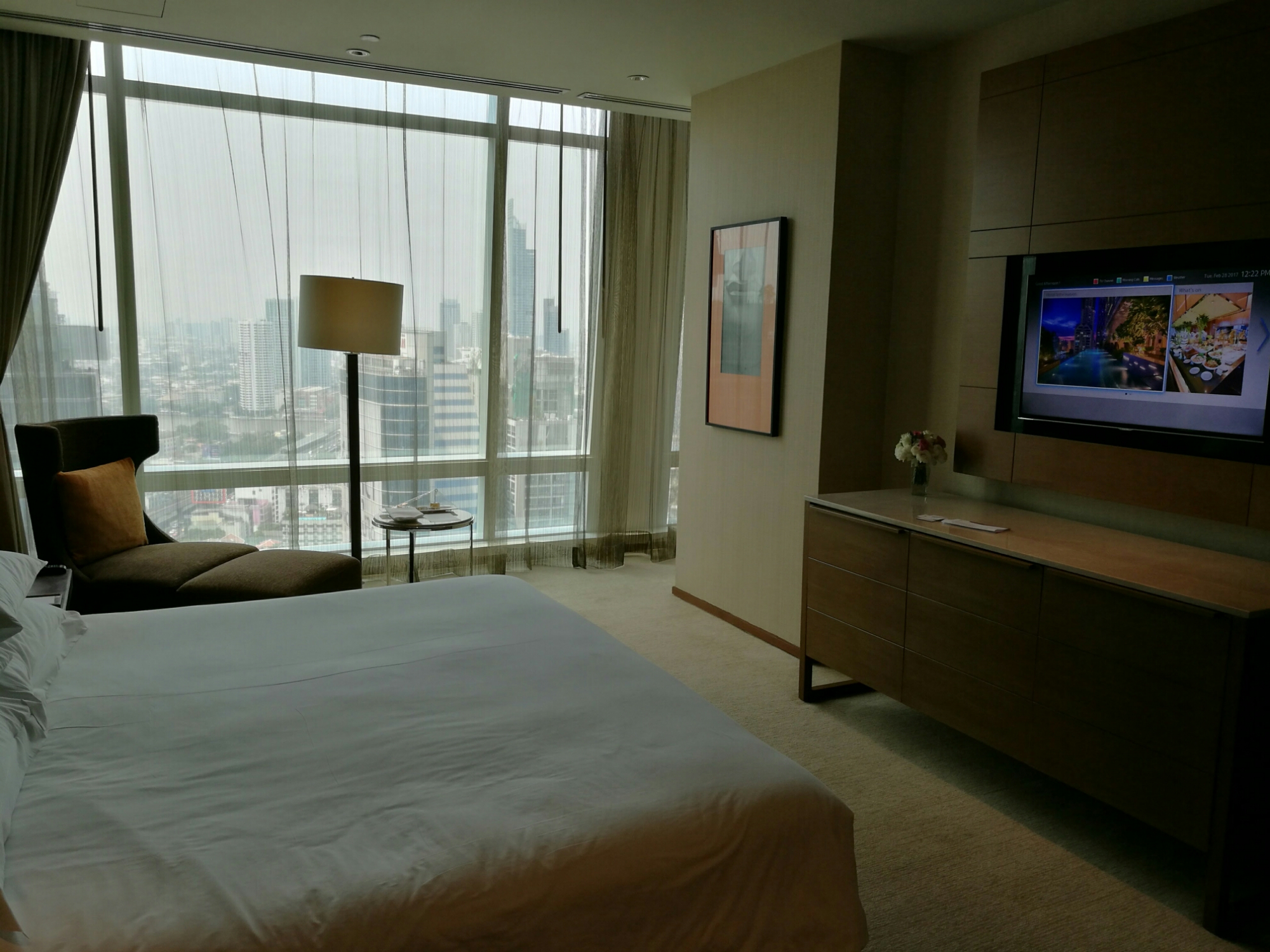 So here we were, checking in to the absolutely delightful Eastin Grand Hotel.  How can these people be so nice?  They’re so polite, friendly, smiley and just generally lovely – to everyone.  We were shown to our upgraded ‘executive room’ with its bath-with-a-view and ultra-huge bed. 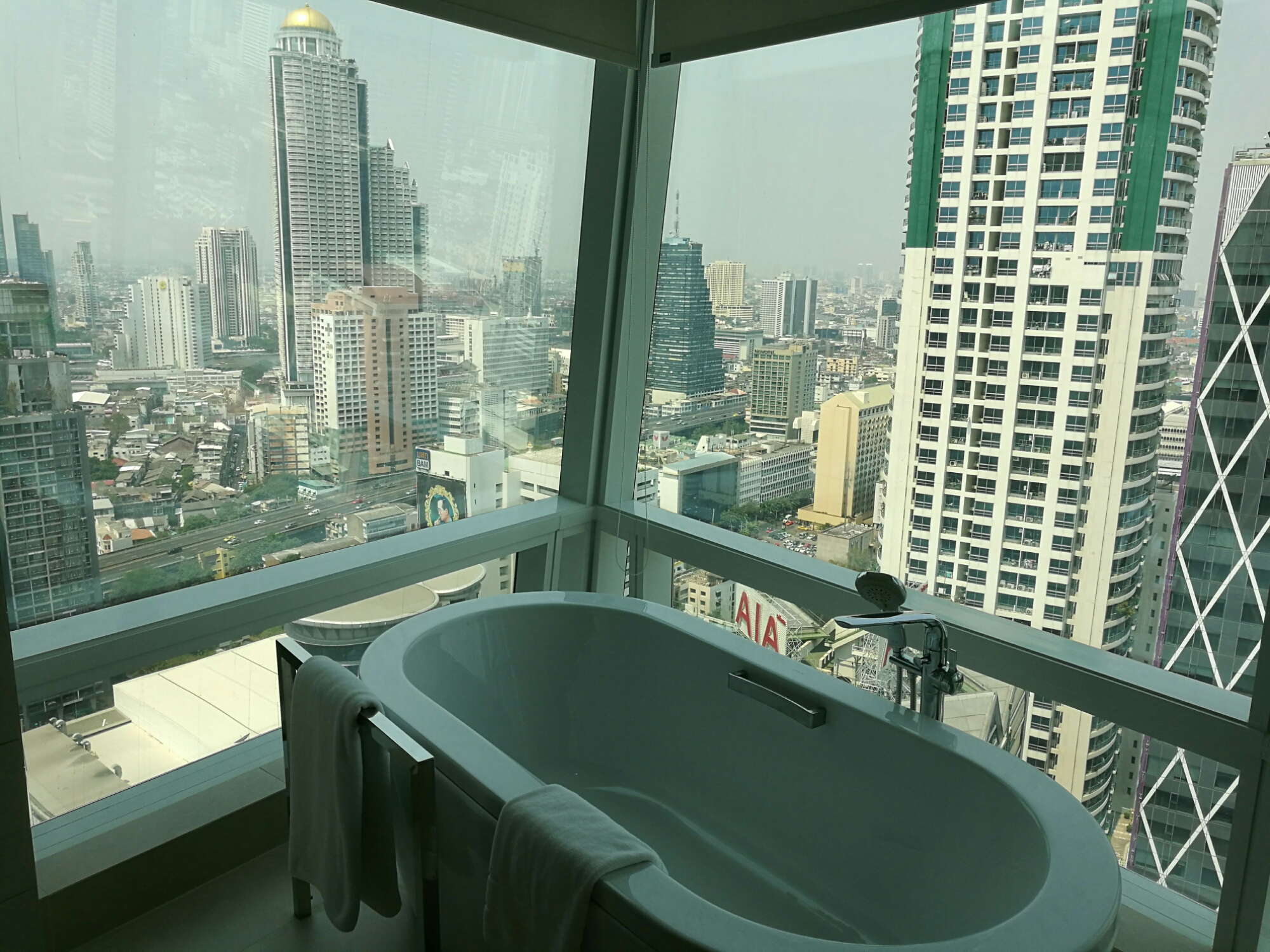 But better than that we’re told we have access to the executive lounge for their happy hour with drinks and nibbles laid on while we watch the sun going down from the 32nd floor. Can’t be bad!  Everyone is really helpful in just about every way.  One membver of staff, Rose, went over and above by sitting with us to explain the best places to go and how to get to and from them. 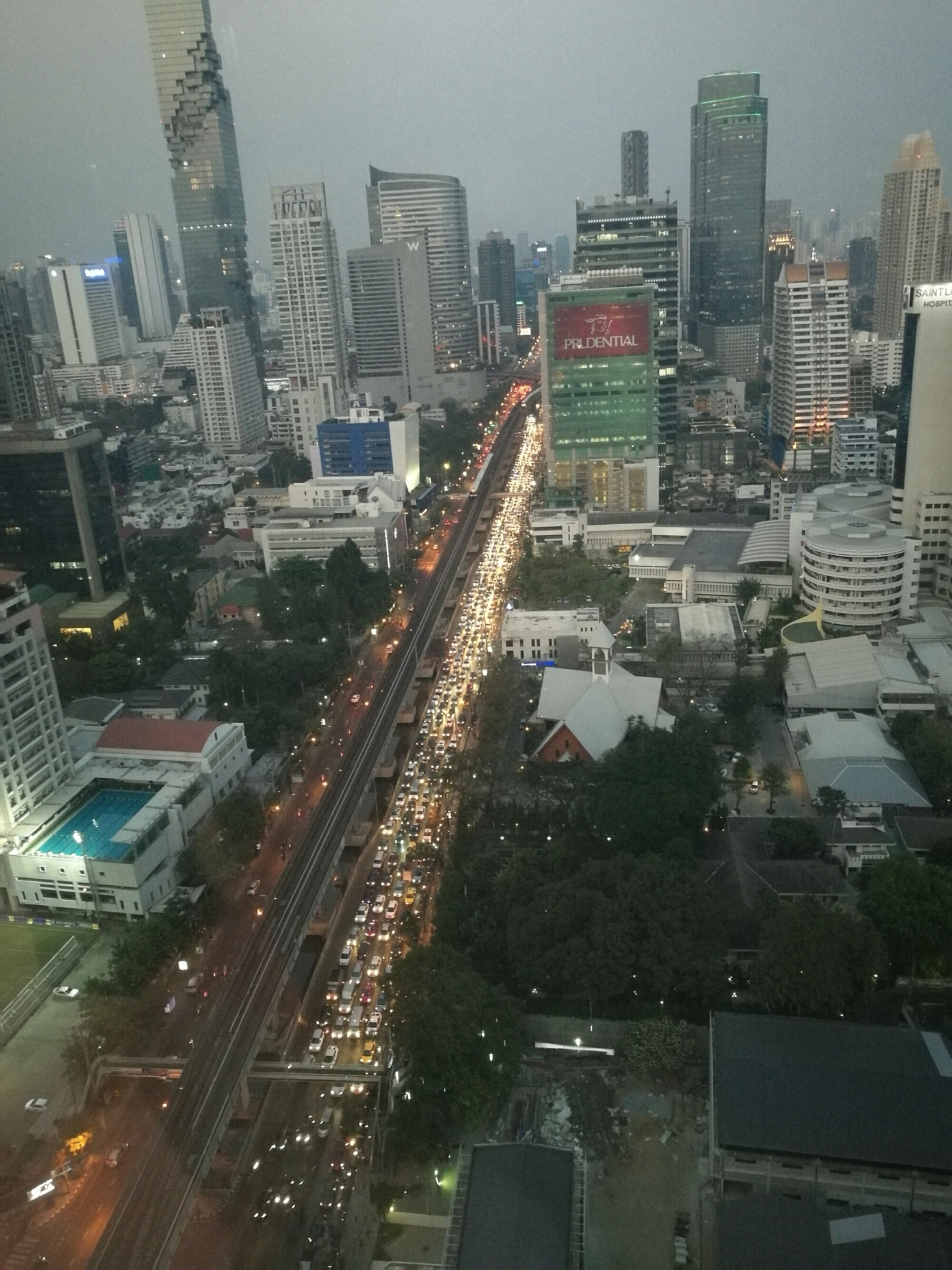 On our first evening we took a boat down the river to Asiatique, a shopping/eating/have fun sort of place filled with bars, restaurants, shops and stalls.  It’s so nice sitting on the waterfront watching the boats coming and going while sipping a couple of lovely cold beers.  Fatigue caught up with us very quickly during the evening though, so we drew things to an early close and got a good night’s sleep. 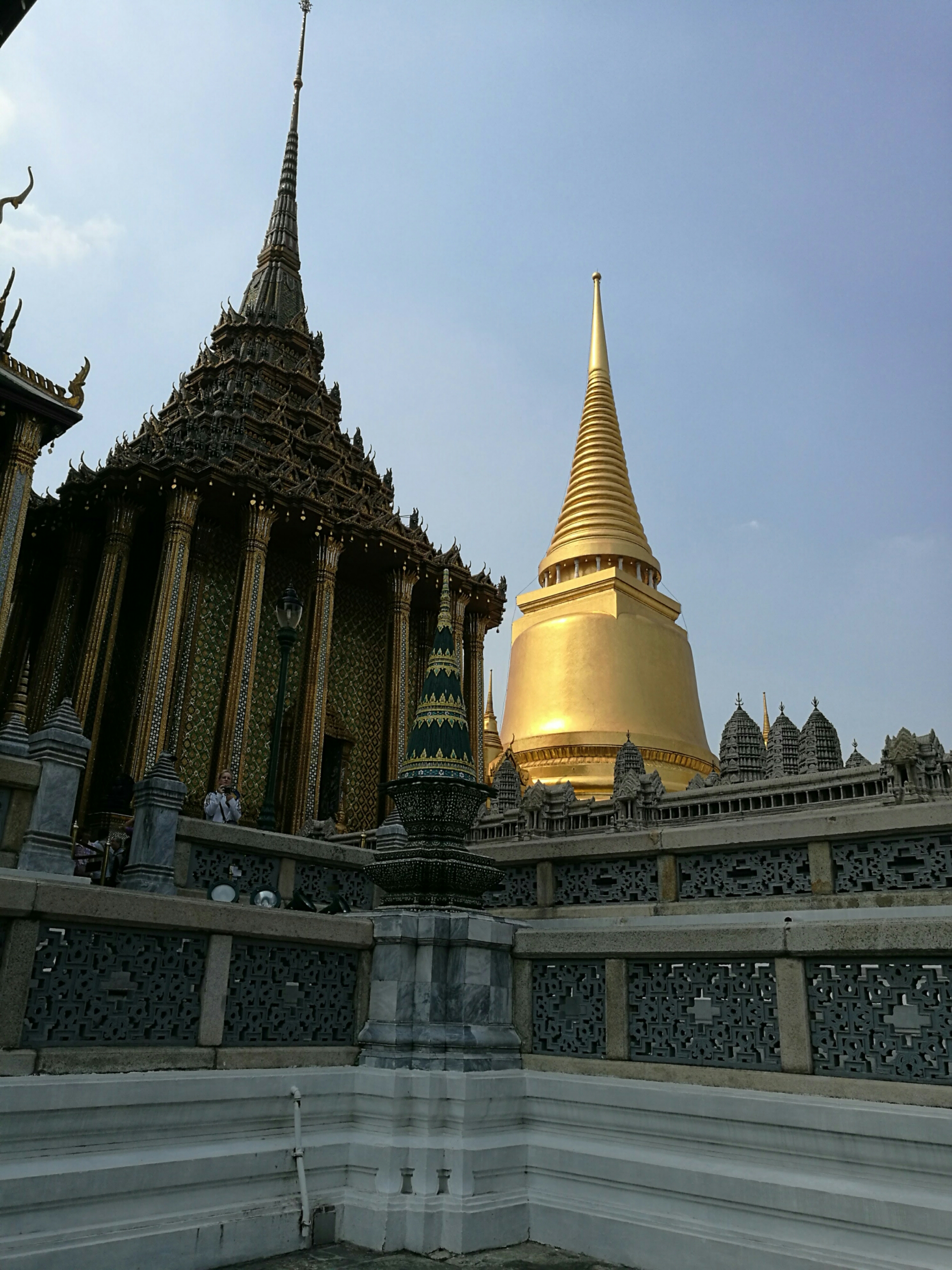 The second morning was for a bit of sightseeing, starting with a trip up the river on a long-tail boat to get to the impressive Royal Palace and the Temple of the Emerald Buddha.  It’s definitely a must-see if you’re ever in Bangkok, but by lunchtime we’d had enough of doing battle with the omnipresent mill of selfie-stick wielding tourists.  I’ve nothing against tourists – after all I’m one myself but I often wish people would spend more time enjoying and experiencing what’s there to see and do than perpetually standing in front of their smartphones-on-sticks pulling stupid pouting expressions and blocking every possible thoroughfare.  What better way to dissolve my frustrations than by taking a dip in the hotel’s rooftop infinity pool straight after though.  Heavenly! 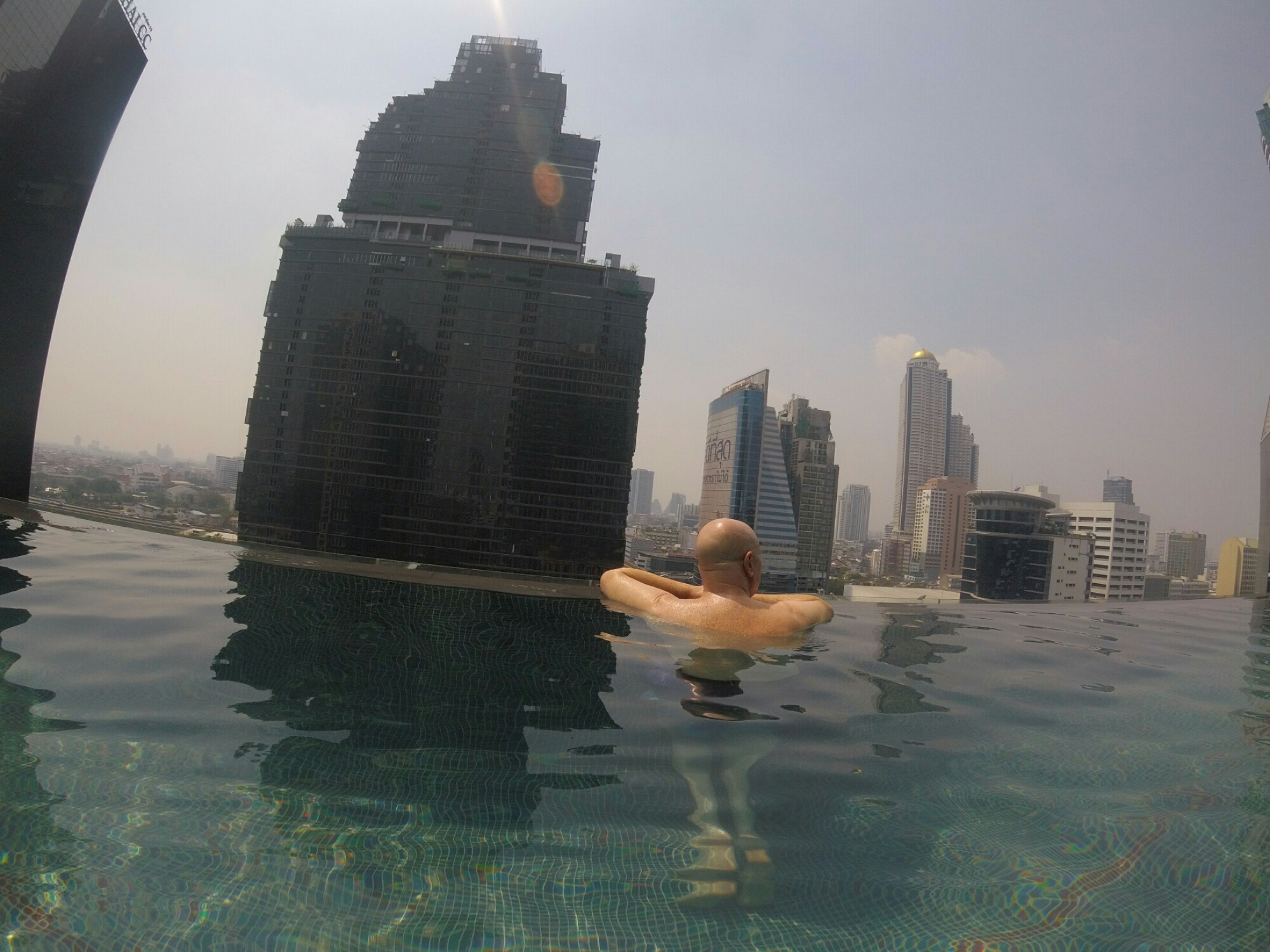 After a couple of busy, but enjoyable days exploring Bangkok it’s time to move on to somewhere altogether different. A one hour flight and a 40 minute ferry later and we’re in a very rainy Koh Phangan, checking into our delightful ‘Beyond the Blue Horizon’ villa overlooking the sea and set amongst the trees. 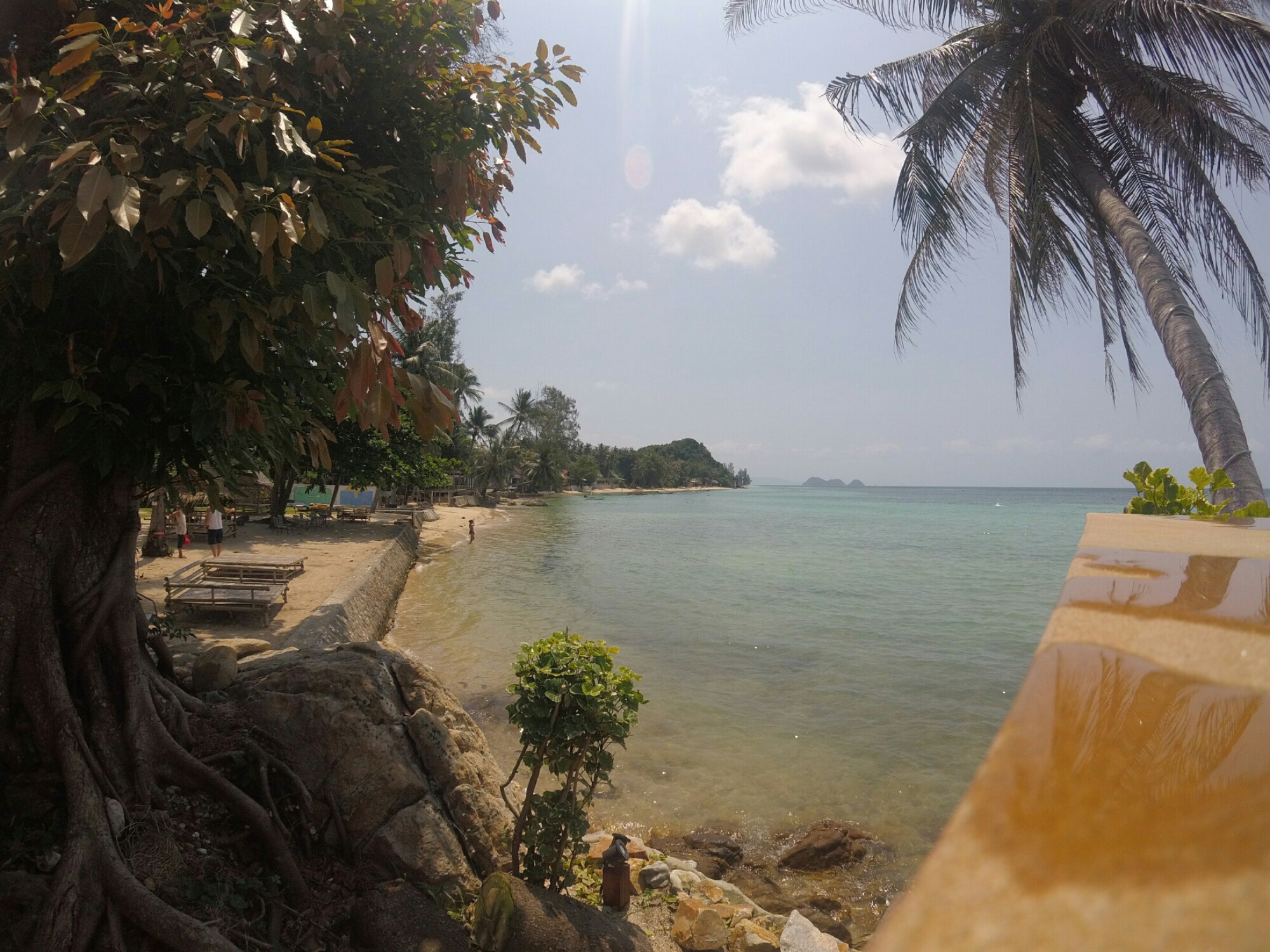