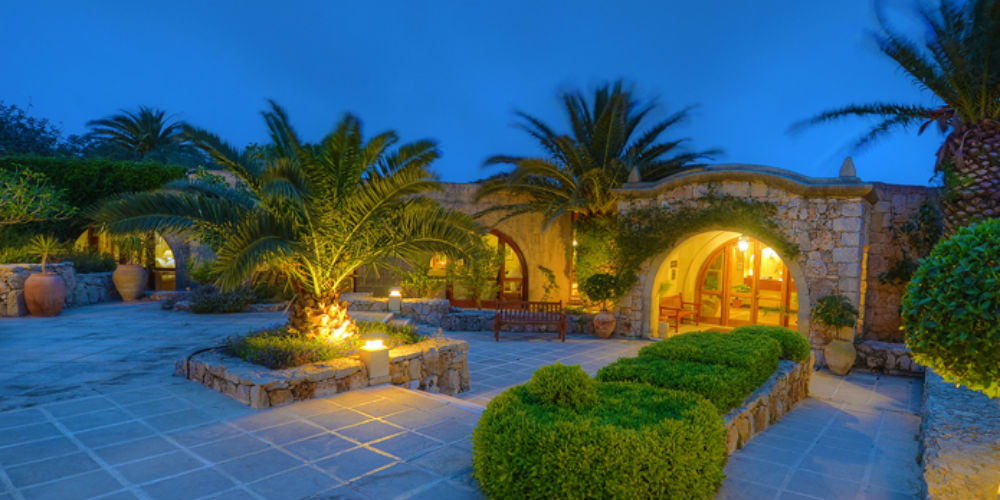 We’ve been back from our holidays for over a week now but it seems like aeons ago that we were in sunny Malta and Gozo. I love holidays and I find the switch from work to relax-mode very easy. It’s the other way around I struggle with. Sunday the sun is shining, you’re lying, chilled as chilled can be, on a sunbed catching up on the latest Jodi Picoult or whatever. Monday in a cooler, greyer office you’re meant to shake yourself up as if the holiday never happened and knuckle down to some work which inevitably has doubled in volume in the time you’ve been away. The build-up to holidays is exciting, the come-down though is far less pleasant. Perhaps it should be compulsory to only work half-days in the week you get back from your annual holiday? 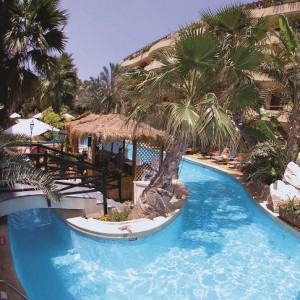 Anyone enough of the moaning and down to the nitty-gritty. We have just spent a lovely week almost evenly divided between Malta and Gozo. I’d start by saying a week wasn’t really enough but then I’d be back in whinge-mode wouldn’t I? It wasn’t though…… I could have happily stayed a fortnight in Gozo alone!

There were a shed-load of scare stories about our airports in the week before we went and I ended up convincing myself we’d be hanging around at the airport for 12 hours and our luggage would be bound to go missing etc. Huh!! Monarch flew us very comfortably on the Saturday night and we landed in Malta 15 minutes ahead of schedule. There we only waited about 5 minutes for our luggage and were in our hotel amlmost before we should have landed. Thank you Monarch!

Our first hotel was the 5 Star Fortina Spa Resort based on the harbour-front in Sliema with a sleepy Valetta just across the water. As it was 3ish on Sunday morning when we checked in, we understandably thought we’d leave the exploring until after we’d had a sleep. And so it was 6 hours later we woke up, opened the 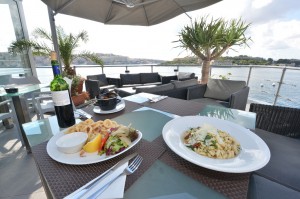 curtains and had our first proper look around. The sun was shining, the pool below was beckoning from our balcony and our room was ‘something else’. I’ve never seen so many gadgets & gizmos in a hotel room ever. We had a Spa bedroom with a bubbly fairy-lights-lit Hot Tub behind our bed, a shower/sauna for two in the bath-room, another massaging spa bath and (get this) a Dermalife Detox Machine too. Not only did we have all this, but we also had a mysterious spiral-staircase on our balcony which led up to a roof-top PRIVATE POOL!!! Yup, I’m shouting that bit! This pool really made our holiday. It was absolutely fantastic. Every day we lay on our own (guaranteed) sunbeds alternately reading, dreaming and dipping in the pool. It was heavenly.

The various hotel restaurants were based below us in the gardens around the pools. There was a Chinese and Thai, a Japanese, Italian and Taste where breakfast was served every day specialised in Mediterranean and Vietnamese dishes. We really wanted to try the Chinese Restaurant but it was fully-booked the 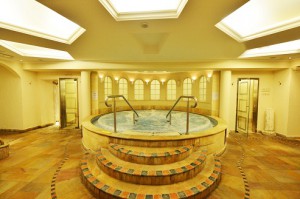 night we wanted and was closed the next – the moral is make sure to book early. The Pool Bar had lovely low-key entertainment in the evenings and whilst Mr. C went for the local beer, I was more than happy with the choice of cocktails.

I’d say the hotel, which seemed huge by the way, was probably more 4 star than 5 and if truth be told, the bedroom decor could do with updating with a more contemporary look, but The Fortina Spa Resort couldn’t have been in a better location and I now feel spolit for all other holidays in the sun as I’m sure they’ll come up wanting unless they offer me a private pool too!

I found Malta to be a pretty busy, bustling place in stark contrast to the sleepier, quieter, older Gozo where we spent the latter part of our week. The ferry-ride from 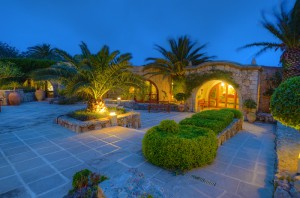 Malta to Gozo took no more than 15 minutes and then the taxi to our hotel in Sannat was another 10 minutes. We stayed in the Hotel Ta’Cenc & Spa (pronounced Tachench) which is at the island’s highest point so has pretty spectacular views all around. The Ta’Cenc is one of these hideaway-type resorts so you don’t really see all the accommodation wherever you are in the hotel and grounds. The little Gozitan bungalows are dotted around in the gardens and blend seamlessly into their foliage-rich surroundings. The pools were lovely with stunning views and the whole set-up was very relaxing. We obviously made our ‘home’ by the ‘adults pool’ and not the family 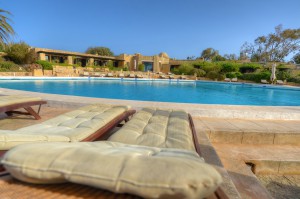 pool but neither seemed all that busy and there were sunbeds for everyone. I wasn’t so happy with our room though as I found it too dark and frankly too cold and not in a pleasantly air-conditioned way. I like to have a nice view when I wake up in the mornings on holiday and I was disappointed to find that we didn’t have that. Also I want my room to have a bright, sunny ‘feel’. The rooms though are built in a traditional Gozo style with small windows to keep them cool – perhaps I should have found that out before I went so that I had different expectations?

The food was good though (the breakfasts particularly so), the sun shone, my book was a real page-turner, the setting was amazing and to top it all we were 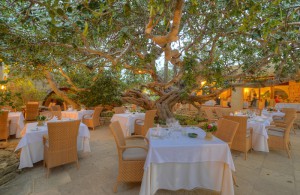 able to spend lots of our time with daughter Maddie, a medical student, who is spending her Summer in Gozo doing her ‘Elective’ in the General Hospital in Victoria. Every day after ‘work’ she’d come over to our pool from Il Girna, the Guest-House she’s based in and conveniently right by Ta’Cenc and the three of us would lie by the pool reading and chatting lazily in the sunshine. It was fairly windy whilst we were in Gozo but the Gozitans were at pains to tell us ‘how this never happens’ and ‘it’s never windy’. I found the breeze a welcome relief to be honest as it was absolutely boiling without it!

Gozo has plenty to offer but this time we barely skimmed the surface. Next time we’ll go for longer and perhaps explore a bit more. Gozo was much more my ‘cup of tea’ than Malta but that ‘Private Pool’ was the real highlight of the holiday!

We flew with Monarch from East Midlands to Luqa. Monarch operates year round flights to Malta from East Midlands airport with all-in fares starting from £39.99 one way or more realistically £105.69 return – because let’s be fair, most of us have to book a return ticket! Go to www.monarch.co.uk

We used the Holiday Extras Meet and Greet Parking service.

We stayed at the Fortina Spa Resort in Malta  and the Hotel Ta’Cenc & Spa  in Gozo.  I read The Storyteller by Jodi Picoult and it was brilliant!