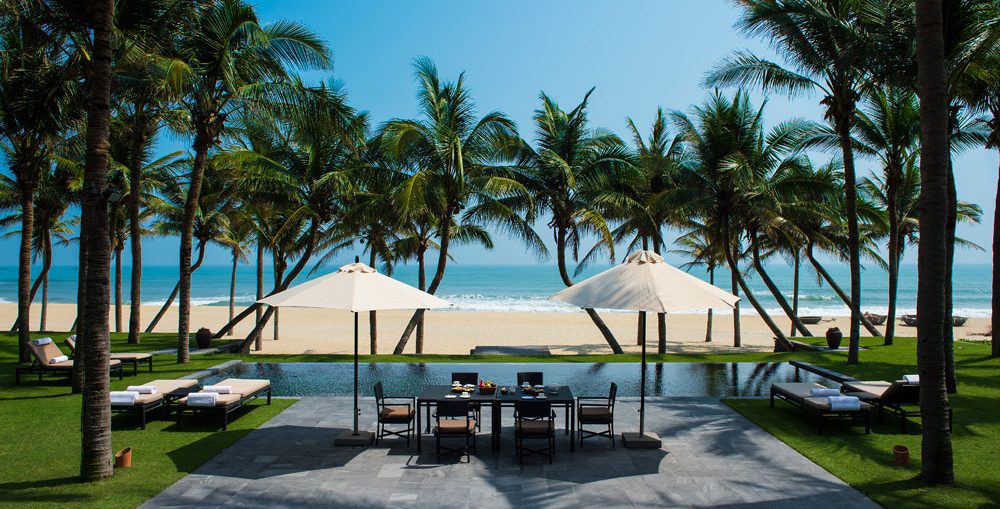 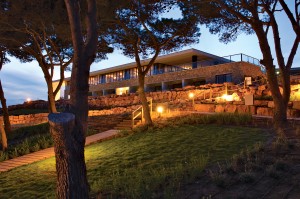 ‘Finisterra’ means ‘end of the world’ in the native Portuguese and when you look at the map of Martinhal’s location, that’s exactly where it seems to be (that’s South West for those with a sense of direction).  But this doesn’t mean it’s inaccessible by any means.  Less than an hour and a half from Faro airport it offers that perfect compromise of seclusion and convenience.  It was absolutely lovely!

Martinhal doesn’t pretend to be anything other than a family resort. But it’s a very high quality family resort, where we didn’t encounter many Britneys or Brandons, but an international mix of Harrys and Sophies. 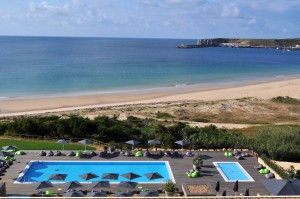 There was an eclectic mix of British, German, Dutch, Swiss, American and Italian families to be met, each with their clutch of unusually well-behaved kids – well I generalise here; of course there were just a few little semi-brats injected into the mix, happily rearranging the furniture in the Terraco Lounge, but on the whole the clientele was affluent and respectable.  Martinhal has such an easy-going, casual atmosphere that is so easy to soak up and enjoy.

Standards are impressively high at Martinhal.  The three main restaurants, each with its own distinctive style, the ‘village shop’ the four heated swimming pools, all immaculately maintained, the carefully designed and landscaped grounds, the incredibly polite and helpful staff all added to the experience.  If you want to indulge and be looked after but take the kids too then this is a great place to be. 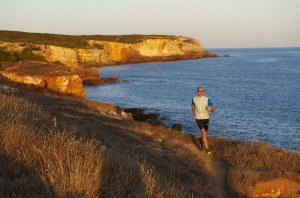 The resort is a mix of the hotel and the numerous villas on the site.  Some of the privately-owned villas are truly palatial, with huge gardens and infinity pools and these are interspersed with the hotel’s own villas and rooms.  The main hotel building houses the ‘Terraco’ restaurant, which was our focal point each evening.

The small but extremely efficient reception desk sits in the stunning huge glass foyer, which looks out over Martinhal Bay towards Sagres.  Some of the hotel’s rooms are located below the Terraco restaurant and each has its own private terrace overlooking the bay.  The other rooms are in blocks set away from the main reception building: beach rooms, pinewood, ocean, and bay.  Despite this the site is well laid out with easy access to all areas either on foot or in your car.

What struck us most about Martinhal was that it was so quiet and relaxing.  Even the beautiful sandy beach offered the opportunity for a quiet walk from one end to the other and the two little beach bars offered the irresistible cold drink on the way back.  It’s the sort of place where you can immediately feel at home yet not feel obliged to do anything in particular.  There are activities galore for those who enjoy occupying their time exhaustively, but preferring the easy life, we were simply content to sit back and soak up the peace and tranquillity that was on offer. 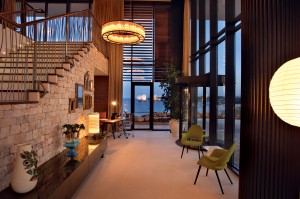 Nestling in the centre of the resort are the Village square, where you can find the Gambozinhos Italian restaurant, the kids club, the Village pool and gym, the well-stocked village shop and then just few yards further in, the ‘Finisterra’ Spa.

The most impressive part of Martinhal for us was without a doubt the food.

Each restaurant prides itself on serving its own style of menu and we made the effort to try each of them.  Our favourite was ‘O Terraco’, which offered traditional, but exquisitely prepared and presented meals with a daily special on each of the days we were there.  The steaks were to die for! The wine list was extensive, with a huge collection of Portuguese regional wines and some imported wines for those who so desire.  The restaurant staff were excellent, all achieving the perfect balance between attentive and personal service and the need to let you get on with enjoying your meal uninterrupted and taking in the atmosphere.  They were also great with the many children who were dining while we were there, giving them as much attention as their parents, making sure they felt as welcome and important as anyone else. 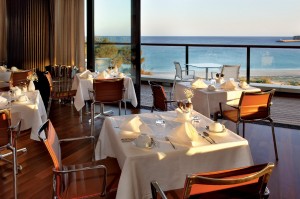 Breakfast proved to be hilarious on most days when ‘Rafi’ the Fox paid a visit.  Imagine Brad Pitt leaving a west-end nightclub with Britney Spears under his arm and that’s the sort of Paparazzi frenzy that ensued.  Parents by the dozen with state-of-the-art, top-end, long-lens cameras were scuffling and jostling for the best viewpoint of Rafi with their own prized offspring, trampling over pieces of toast, sticky doughnuts, other toddlers, climbing over tables, knocking over cutlery trays.  It was mayhem!  The kids, meanwhile, couldn’t seem to give a hoot, apart from the few that were so terrorised and traumatised by this alien nursery worker in a fox suit that they cowered, screaming in the corner.  Some of the best entertainment we had all week! 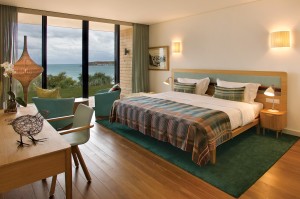 The rooms were fitted out to an extremely high standard, with top quality local furnishings and dÃ©cor, all the latest technology, with flat-screen TVs, iPod docking stations, on-demand movies, free wifi internet access and some lovely ‘Voya’ toiletries in the bathroom.  We were also very impressed by the ability to order daily newspapers each morning, which are actually printed on-site every day.  It was very unusual to be reading today’s British papers over breakfast in Southern Portugal at eight in the morning.

All in all we had an absolutely fabulous week at Martinhal.   We were looked-after, pampered, left to our own devices and genuinely valued as customers.  Even though it promotes itself primarily as a family resort we felt perfectly at-home as a couple and thoroughly enjoyed our time there.  We would have no hesitation in returning to what was one of our nicest relaxing breaks in a good while.