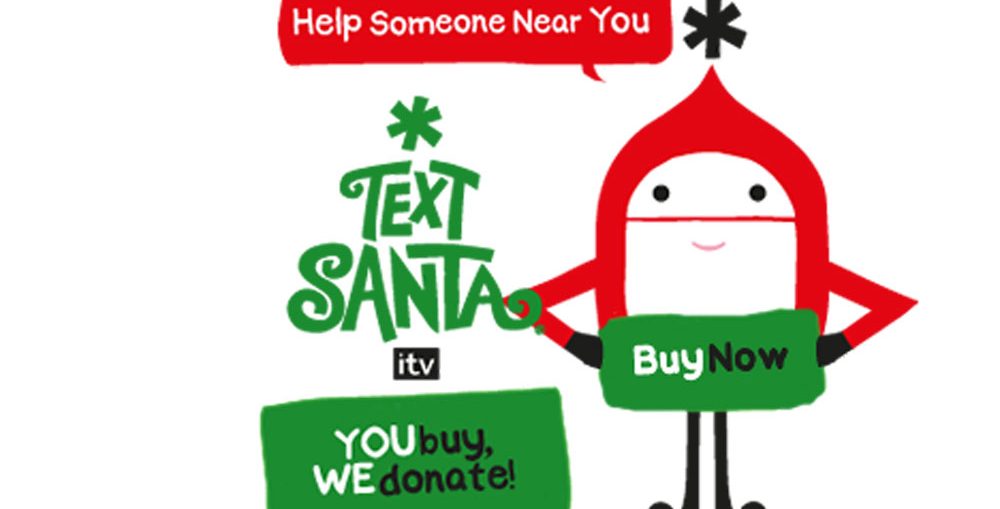 Apart from the few ‘Bah Humbug’ people out there, most of us like receiving exciting wrapped-up prezzies for Christmas and Gift Vouchers are also great for spending in the post-Xmas Sales. If you are going to buy Gift Cards for anyone this Christmas then it’s well worth getting the Post Office special Text Santa Gift Cards.

Not only would you be buying a great Christmas present but you’ll also be doing your bit for charity. One4all has launched its briliant ‘Text Santa Gift Card’ to support ITV’s Text Santa Charity Appeal and 2% of the money you load onto the Gift Card will go straight to the charity.

You can buy the ‘Text Santa Gift Card’ in Post Offices and at one4all.co.uk. And the good news is that for every Text Santa gift card that is sold, 2 per cent of the amount of money loaded on to the card will be given to the ‘Text Santa’ appeal! Yay! 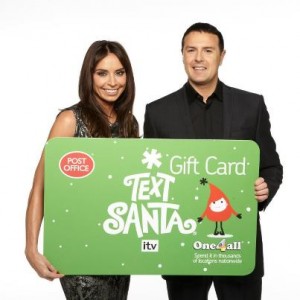 ‘Text Santa’ is publicised by a national television appeal that culminates in an ITV 1 show beginning on 21st December. Christine Bleakley is going to be presenting the Text Santa show with Paddy McGuiness on ITV 1 on December 21st and she said: “I can’t wait for the nation to get behind Text Santa and raise money for good causes. The Text Santa Gift Card is yet another way the great British public can get behind the initiative and raise money for charity. Now you can do your Christmas shopping knowing that you’ll also be donating to charity at the same time.”

By the way, the Text Santa Gift Cards can be spent in over 17,000 retail outlets so it’s not like you’re limiting whoever you give the cards to, to spending in one chain.

The 6 charities the ‘Text Santa’ appeal are supporting this year are: Age UK, Anthony Nolan – Be a Match, Carers UK – The Voice of Carers, Marie Curie – Cancer Care, Together for Short Lives and Whizz Kids – Move a Life Forward.

Charities have been really struggling since the economic downturn so hopefully the ‘Text Santa’ appeal will help charities to generate a bit of extra money over the Christmas holiday period. Gift Cards always make for a good present so why not buy the Post Office Text Santa Gift Cards. and do your bit for charity at the same time!