The Arch Hotel – One of the things we often discuss about staying in London is – where?  With it being such a huge place it’s often hard to know where’s the best place to camp down for a night in the smoke.

West End is always good – plenty there – lots of nice pubs and restaurants, a wealth of things to see, do and if you’re like us – eat!

We recently stayed at a lovely place just a stone’s throw from that British ‘Arc de Triomphe’ thingy made out of marble at the top of Park Lane in a hotel called ‘The Arch Hotel’.  I would say that you can see the actual arch from the hotel, but you’d have to have half of your face pressed up against the window and even then it would probably be a reflection of it in a window on the opposite side of the street.  However, if you step outside the hotel’s front door and turn left, it’s there in front of you – just behind the roadworks at the bottom of Great Cumberland Place. 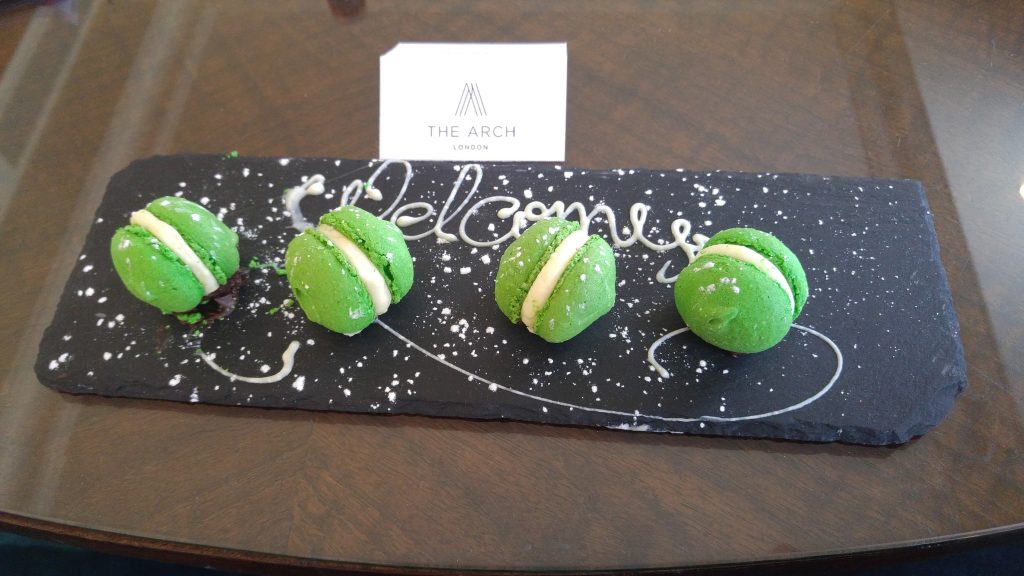 After going out for a little wander – a 10,000+ steps wander in fact, according to the little machine in my pocket – we both decided that it’s a great place for a hotel.  So much to see in such a short radius.

Talking of eating, it was only right to try the hotel’s own ‘Hunter486’ Restaurant.  We weren’t disappointed.  It was really nice from start to finish, ‘start’ being a couple of warmy-uppy rainbow-coloured cocktails and ‘finish’ being completely podged whilst winding down with an espresso martini at the end – with 3 delicious courses in between.  I had a particularly good mackerel starter followed by a steak fit for a king!  Its location, overlooking a really pretty London Mews, gives you something to look at while waiting for your bacon and eggs at breakfast too. 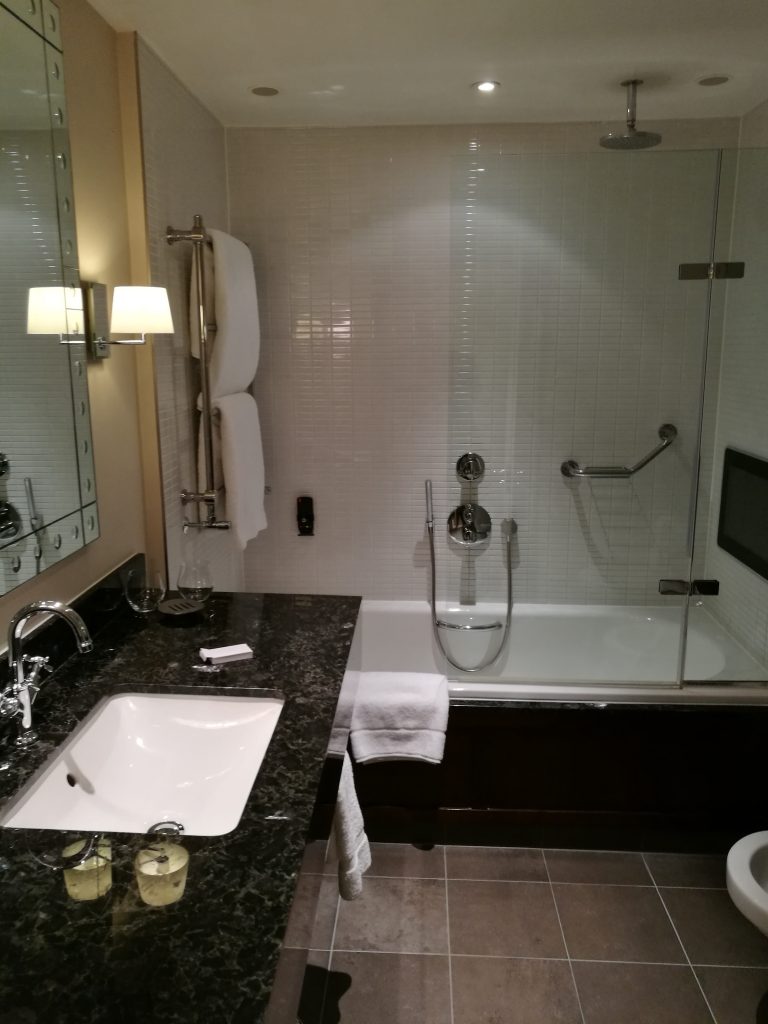 Our room was lovely – a junior executive suite I think, with just about everything you could possibly want from a hotel room.  It had a huge comfy bed, a really stylish bathroom with a his-n-hers bath and built-in TV screen. (The ‘his’ end is the one where he faces away from the TV and gets freezing cold drips landing on him from the rain-shower head above).  There was a snazzy illuminated wardrobe and ‘refreshment area’ with Tea, Nespresso Coffee, and an extremely well-stocked mini-bar – including real fresh milk for the tea and coffee.  We were going to watch something on telly in bed that evening but I’d forgotten to bring my binoculars, and as the TV was located at just about the maximum range for an IR remote control anyway I decided to just lie down and listen to Mrs C’s singing instead.  We could of course have sat on the settee to watch and fall asleep, but then there’s the inconvenience of the following day’s stiff neck – but hey! 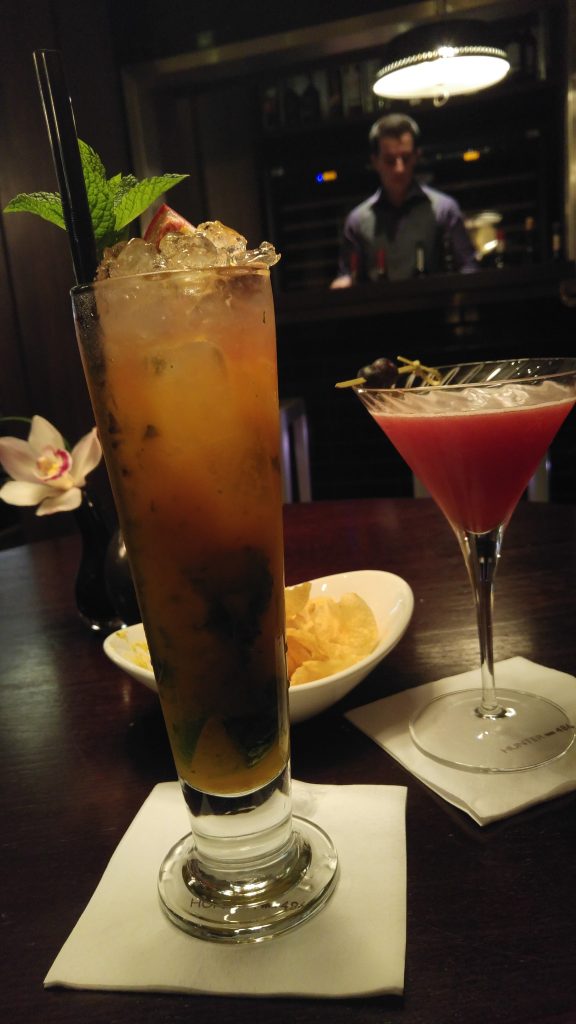 If you’re arriving by car there’s easy parking in the Marble Arch NCP Car Park just a minute’s walk away or you can opt for the hotel’s own valet parking should you wish.  Marble Arch tube station is just at the bottom of the street and it seemed that every bus in South East England goes around the Marble Arch gyratory in one way or another.  So all in all it’s dead easy to get to.

Unlike some London hotels The Arch Hotel is very inclusive for all ages – with special attention given to the little ones.  There’s complimentary dining in the restaurant for young children – with little knives and forks, diddy robes in the bathrooms, and a big toy box full of wonders to chew on ad nauseum. 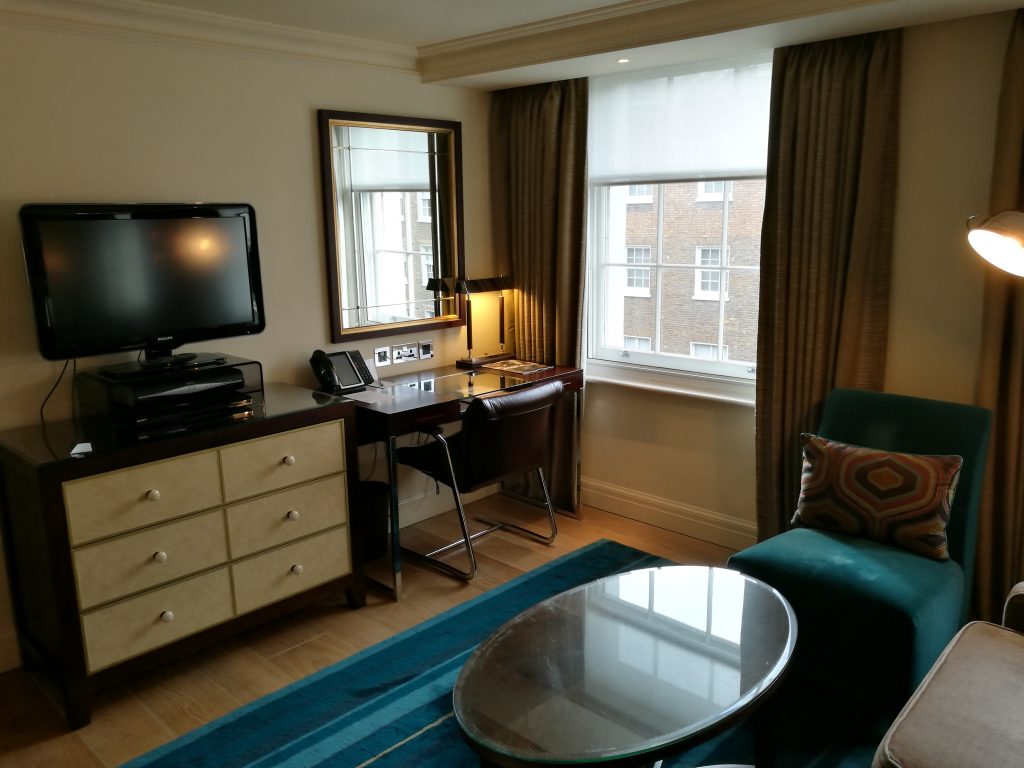 If you’re looking for an exclusive, luxury hotel right in the centre of London that’s easy to get to, offers an excellent standard of food and accommodation and has a welcome as warm as its cooked dinners then The Arch Hotel is hard to beat.  We were delighted with our stay and would wholeheartedly recommend it to anyone wanting to spoil themselves for the weekend.