Last year my oldest daughter got married in Santorini and what a wedding that was! Very different to any I’d been to before but that’s what you’d expect of a Santorini Wedding isn’t it! Yes I was mother of the bride but without the hat and tights. So none of your traditional mother of the bride outfits for me.  I wore what I’d wear out on a lovely Summer’s evening on holidays. A flowery, floaty maxi in a kind of Santorini blue to complement the bridesmaids’ dresses and peep-toe shoes from Dune. It was a pretty informal wedding with just immediate family in a stunning location high up in Imerovigli. Yes I shed a little tear but it was one of the loveliest days of my life too.

Helena looked happier than I’ve ever seen her.  After the awful run-up to the wedding, no couple have ever more deserved a perfect day. Poor Helena lost her first baby earlier in the year and was absolutely devastated as you can see in her blog where she’s written about her miscarriage. The brilliant news now though is that she’s 26+ weeks pregnant, blooming and I’m the most excited Nan-to-Be on the planet! 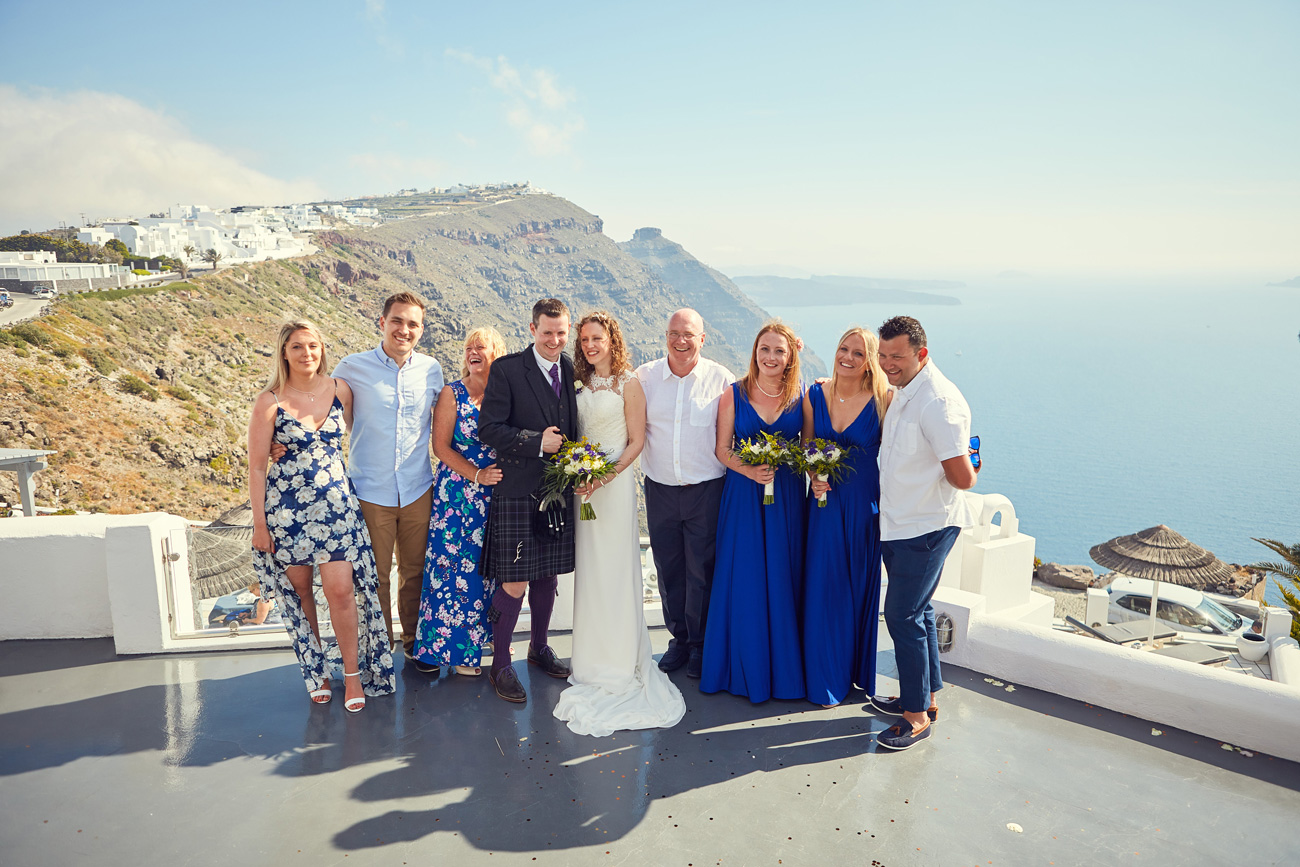 It was a funny old year for us 2017.  Filled with so many highs but with the very worst lows too.  At the end of 2016 we sold our company website TheBabyWebsite.com. And instead of doing the sensible (but terribly boring) thing and paying off a chunk of the mortgage, we decided to go travelling. We wrote about Our Year Out as we were going and it’s brilliant for us to look back and see how many different countries we managed to visit.

For various reasons we didn’t spend the whole year out of the country and there was quite a bit of to-ing and fro-ing. I didn’t want to go anywhere until Helena felt a bit stronger so we didn’t go straight after the New Year as planned. Nonetheless, before the wedding in Santorini at the end of May, we’d already been to Amsterdam, Prague, Berlin, Thailand, India and Switzerland. 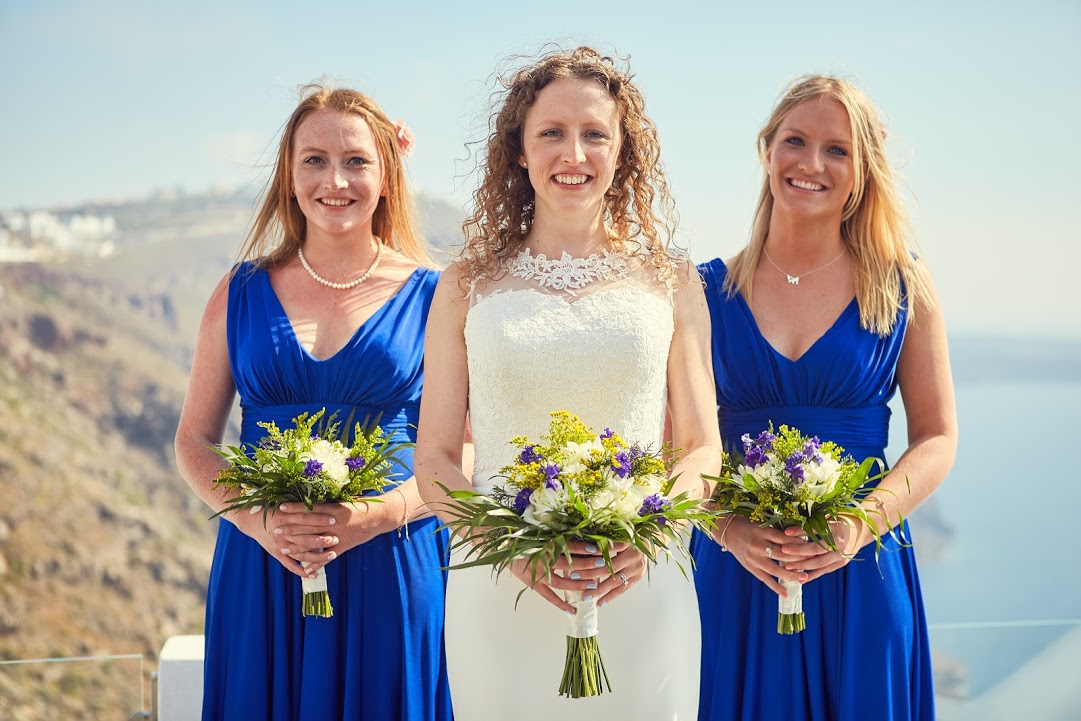 However the day Helena came back for her Hen Weekend, my Dad was diagnosed with terminal lung cancer. This meant neither he nor my Mum could come to the wedding which was a huge shame and disappointing for everyone. Post Santorini, we’d gone on to Crete and then to The Italian Lakes as planned. Then it was Helena’s wedding party in Edinburgh and another Road Trip, this time The North Coast 500.

Amazing as it all was,  I knew we had to get back home for Mum as well as Dad obviously. My Dad went downhill very quickly and I have nothing but praise for the way he was looked after.  If there’s such a thing as a good death, then he had one. He died pain-free at home, in his own bed and sleeping next to his wife of 56 years. My Mum looked after him with the help of a fantastic, dedicated hospice at home team who helped her every day. A terrible time made better by knowing that such good, caring people exist!

The sad day of his funeral came and went and the tears became less frequent. Mam had said she didn’t want us to postpone our travels any more so off we went again.  First off, a Road Trip driving coast to coast in The US including Route 66 –  a childhood dream of Mr. C. Then off to New Zealand’s North and South Islands. Next was Australia, then Malaysia, Singapore and Hong Kong.  We squeezed loads into a relatively short time including an in-patient stay in hospital in Palm Springs with bronchitis and a ‘patch’ of pneumonia! We like to joosh things up a bit.

Step-Mother of the Groom

During the year another two of our children decided to go and get themselves engaged.  So last weekend Tom got married to the beautiful Gabby.  A more traditional wedding this time so I opted for a more classic look in my role as stepmother-of-the-groom. That’s a thing, right? I don’t think it’ll ever be up there with mother of the bride but hey I can’t be greedy. I wore a navy lace dress ensemble with a matching bolero.  My only nod to fashion really being my on-trend mustard shoes which definitely added a pop of colour. Oh and I wore a fascinator too. Nothing too in your face, just a little frippery something in my hair. 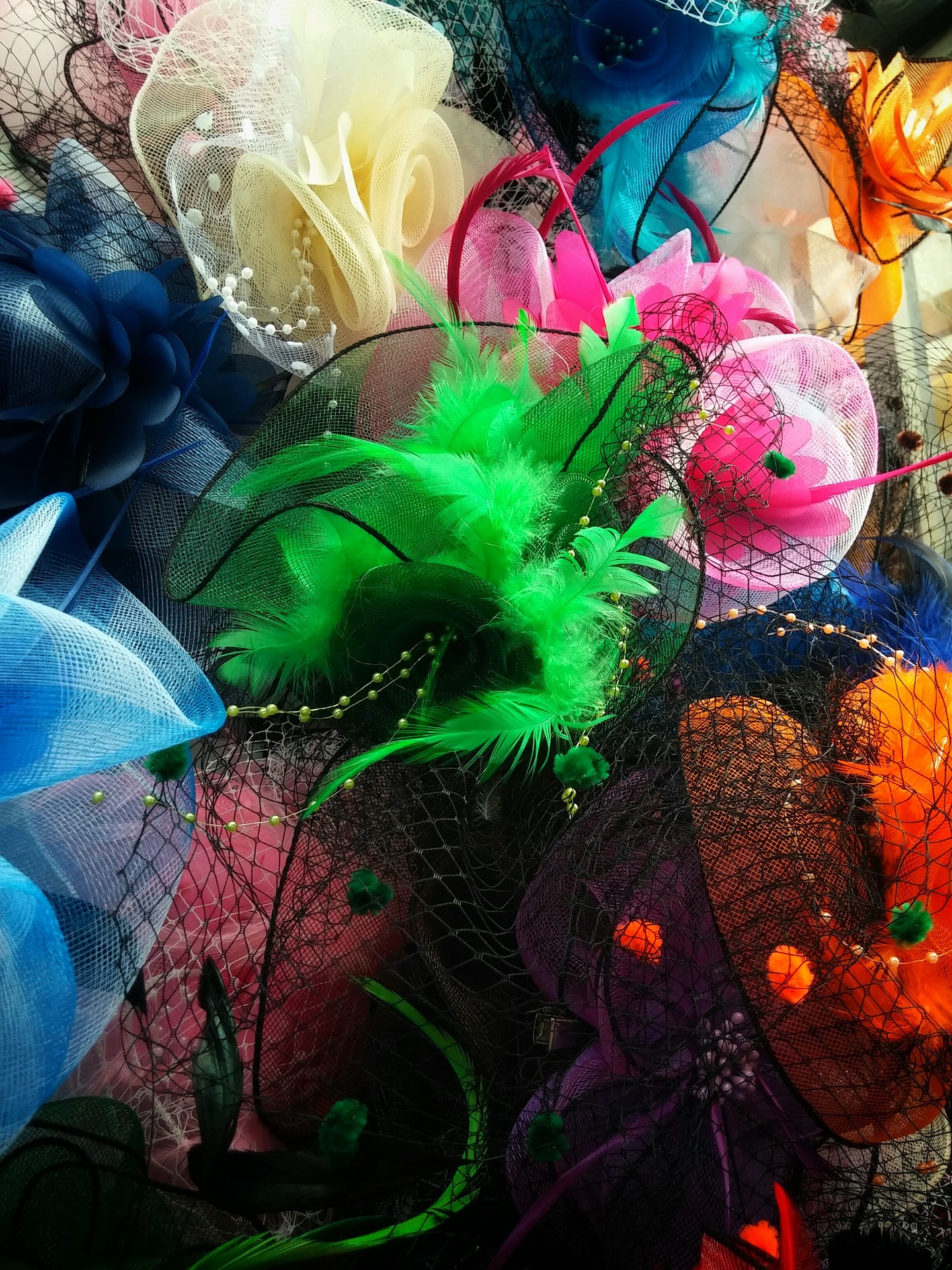 I spent quite a bit of time online looking at various dresses and really liked the Compton House of Fashion mother of the bride outfits.  Not sure whether the flying saucer look hats are my thing but Gabby’s Mum had one on and she looked fab. Thing is I just don’t do hats. I don’t know if it’s my head or my face but hats simply don’t suit me.

Mother of the Bride Again

To be honest I don’t think I’ll be wearing a hat at the next wedding either. Maddie, Daughter Number 2, went for a walk with her other half last year and came back with a ring too. Must be something in the air. She’ll be getting married to Lee in November in The Bahamas. A destination wedding again but this time it’ll just be the bride and groom attending.  They’re tying the knot on their own but coming back to Cardiff for their Wedding Party. Her problem now is finding a wedding dress suitable for Summer and Winter.  No mean task,  bearing in mind the two venues and indeed countries involved. She thinks she’s found one though and I’m sworn to secrecy until she’s tried it on next week. Whatever it is, it’s going to need something warm on top for the ‘outside bit’ in December. She wanted a ‘different’ sort of wedding and it looks to me like she’s certainly going to get it.

Right now I’ve no idea either what to wear to her wedding but as mother of the bride I’ll have to start looking.  Sparkly for Christmas, warm for the ‘al fresco’ element and great for photos. As long as it fulfils that criteria for me, then I’m sure my mother of the bride outfit will be just fine.

Watch this space to see what I do end up wearing! 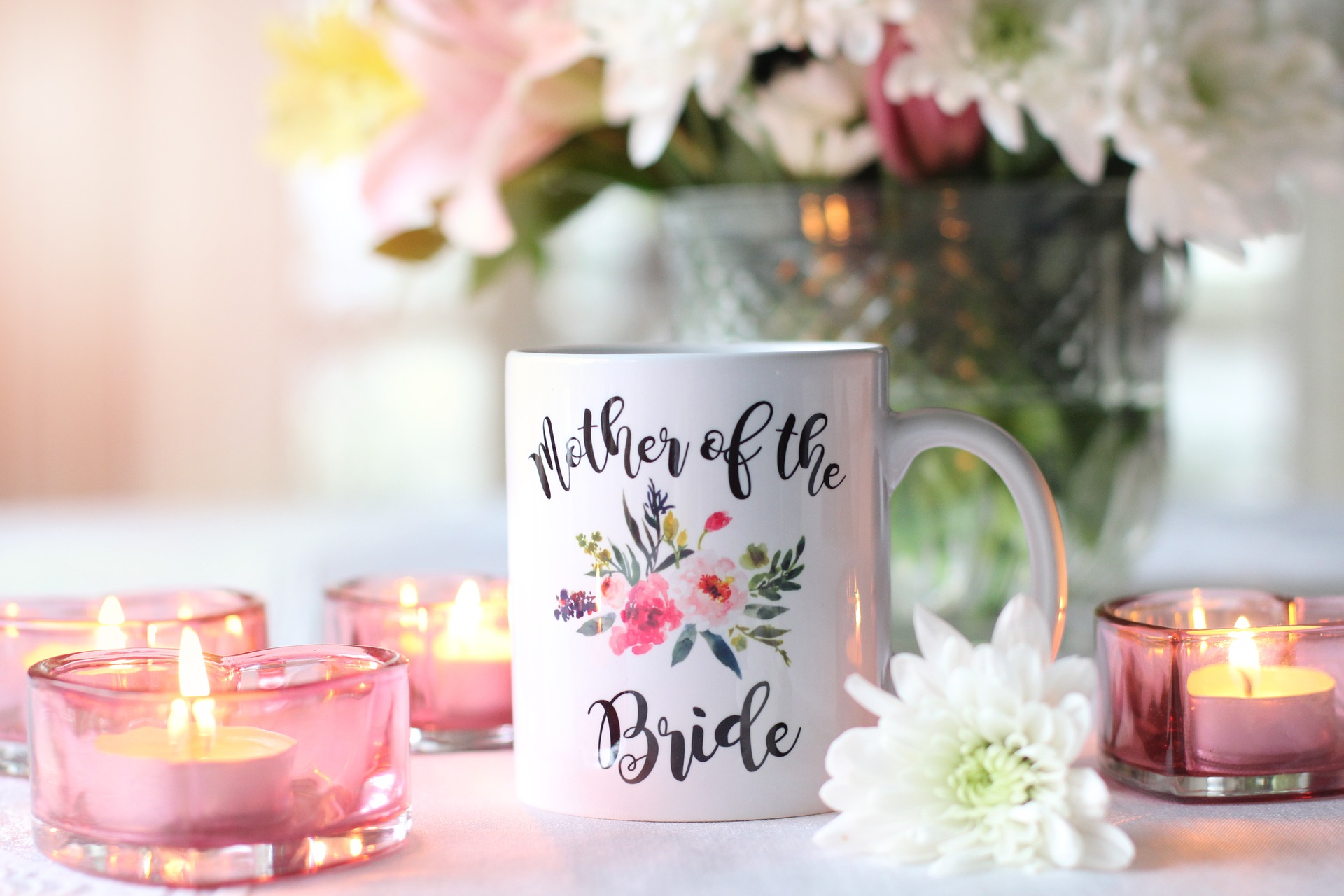 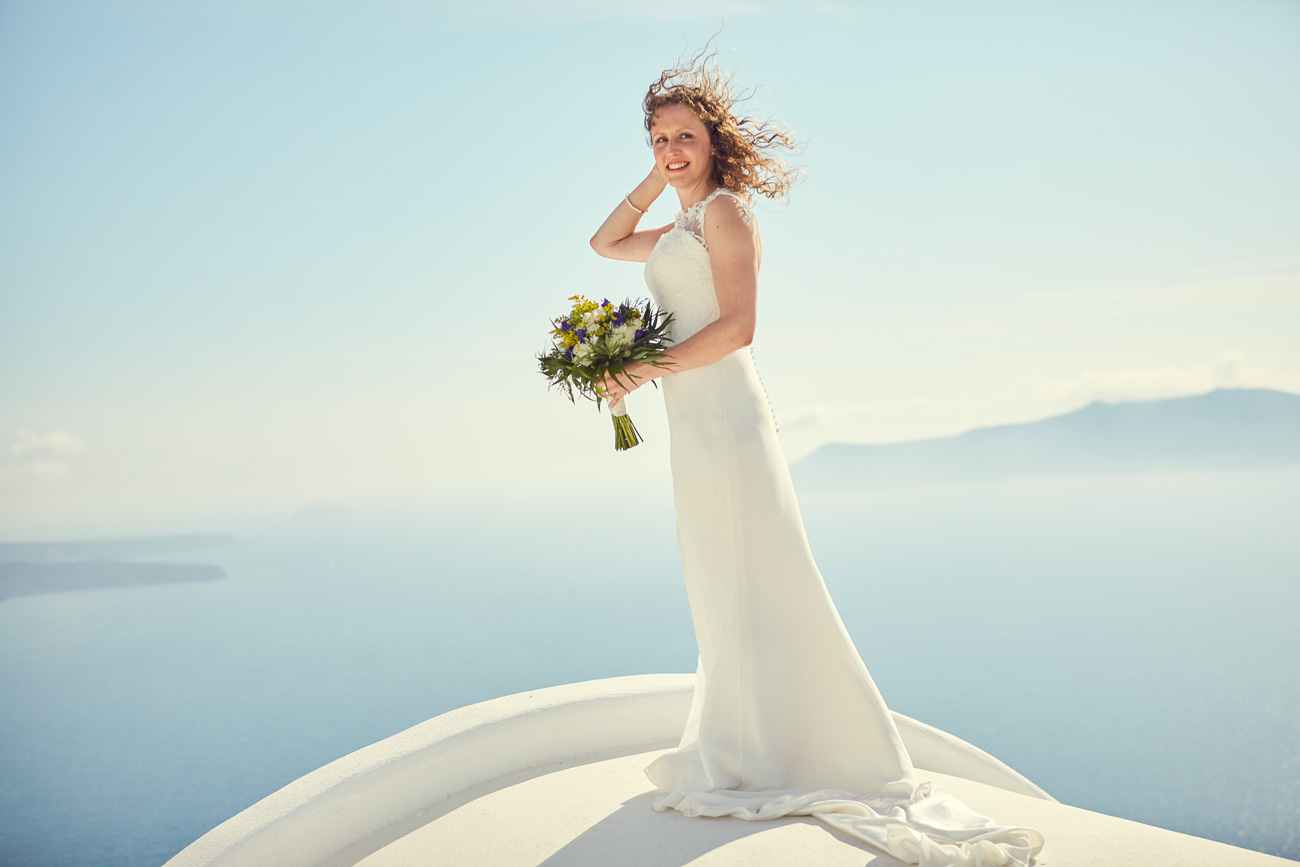 PS: A quick tip for Car Hire in Santorini – Don’t bother looking anywhere else. This company were brilliant!