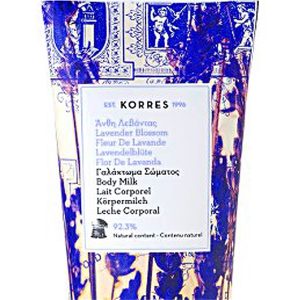 I’ve been a big fan of KORRES beauty products for many years and I’ve just been trying out the new KORRES Lavender Blossom range.  It’s probably my favourite scent out of the myriad KORRES products I’ve used over the years. It’s unmistakeably lavender but with a kind of citrussy edge to it which stops the scent from becoming overpowering. I use the shower gel as a ‘bubble bath’ too and the lovely fragrance is very calming before bed. If you use the body lotion straight after you shower or bath, then you get the layering effect and can smell the lavender as you drift off to sleep and there’s even a faint whiff when you wake in the morning. Can’t be bad!  Also, I don’t know whether it’s the aloe vera, shea butter or wheat proteins, but there’s something about KORRES body milks.  They are so moisturising and the effect lasts for significantly longer than othner similar products. Win-Win!

If you’d like to be in with a chance of winning the Greek Skincare brand’s latest two new products, then you can enter below.: 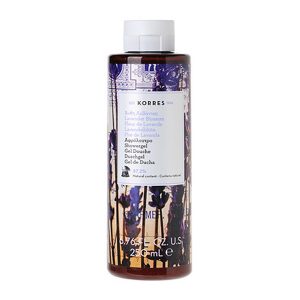 Available to buy from Marks & Spencer from February 2017

The Winners of the KORRES Lavender Blossom range Competition will be announced on Twitter on February 11th and also on My Winners’ Page.