The X Factor is getting a big thumbs-down from us at the moment. We all know that every year, Cowell puts someone through who is not particularly talented with the aim of getting people ‘talking’ and ultimately getting lots of publicity for the show. Over the last few years however the viewers have become more savvy than Simon Cowell when it comes to social media so instead of Mr. Cowell manipulating us, we are now able to ‘play’ with his show and ultimately the final result.

Last year the Facebook campaign to prevent the talented, if vanilla, Joe McElderry from reaching Number One was an out and out success. Simon raged against it saying it was unfair blahdeblahdeblah. However he failed to see that the

public were just giving him a taste of his own medicine. He has chosen the Christmas Number One himself for years now by ensuring his ‘chosen few’ have had blanket coverage in the media. By media I mean radio, television, magazines and newspapers.

Being of a certain age, Cowell has failed to move with the times and has neglected to engage properly with Facebook, Twitter and other forms of social media. The public have a massive influence now and are a force to be reckoned with. He can not afford to under-estimate the power of the people. The public don’t have to be pawns in his little game any more unless they want to be. We are not puppets and he no longer has the ‘control’ he once had.

Where was I….? Ok so every year someone who, supposedly can’t possibly win, ends up in the live shows. Most years that act has at least had something to offer. Same Difference sounded good even if they were clearly a cheesy CBeebies meets Haven group. Chicco was amusing enough and Jedward, although cringeworthy, were at least young, naive and genuinely different on account of them being identical……

But putting Wagner through to the live shows was a big, big mistake. He can’t sing at all! He is not a likeable chappy. In fact he is quite the opposite. He is every woman’s nig 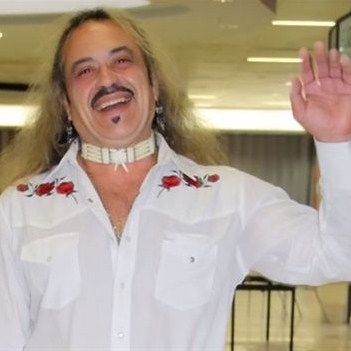 htmare on a night out. The old creepy-looking bloke with the straggly-dyed hair. The medallion man-mutton dressed like lamb. Granted Louis, his ‘mentor’, has played up to this hugely. He thought he knew that Wagner couldn’t possibly win and so decided to play with his image and get Wagner his publicity in other ways.

And that’s now the problem. Simon Cowell thought he could play with us so that we would find Wagner fun for the first few shows and then as the shows progressed we would cotton onto the fact he couldn’t sing and naturally vote him out to let the really talented ones shine through. Yes, ok we’ve done that in the past but why should he just assume we are going to play his little game? A huge number of people out there were angry that the judges dropped naturally good singers in the auditions in favour of ‘freak acts’ that shouldn’t have really had a hope in hell of winning. What better way to express anger than to not do what Mr. Cowell wants us to do.

The judges are now getting seriously worked up about Wagner going through week after week. Well they have noone to blame but Simon Cowell. If you don’t want this to happen again Simon, show the public the respect they deserve. Oh yes and start only putting people through who can actually sing. Easy.

And who wins ultimately here??? Well let’s remember that a proportion of every phone call made to keep Wagner in or vote Wagner off goes straight to the production company aka Cowell…………but that’s another blog……