As any frequent flyer will tell you, Amsterdam is no more than a quick up-and-down hop. What they won’t tell you is that if your plane happens to land on the southbound runway at Schipol airport it takes almost as long to get to the gate as it did getting to the Netherlands. However, with typical Dutch efficiency we were through the airport and on the hotel shuttle bus in minutes.

We decided that staying at or near the airport was a good idea due to the relatively late flight time. So we chose the Park Plaza as our stopover. I don’t know what it is about airport hotels though. Everything was sort of ‘ok’, but we’ve yet to find many of these stopover hotels that have any sort of character. It’s all so sterile and impersonal – including the reception staff – who made us feel as though they were doing us a favour by being there.  It’s a shame really, because it’s a nice enough place to be.

Breakfast was followed by a 20 minute tram ride into the city centre, where we checked in to an altogether different scene. The fantastic Pulitzer Amsterdam Hotel on Prinzengracht is a superb hotel. The welcome was so warm when we stepped through the door and the hotel itself is absolutely lovely.  Mohammed, our doorman helped us up to the room and made sure we were fully informed about everything we needed to know. 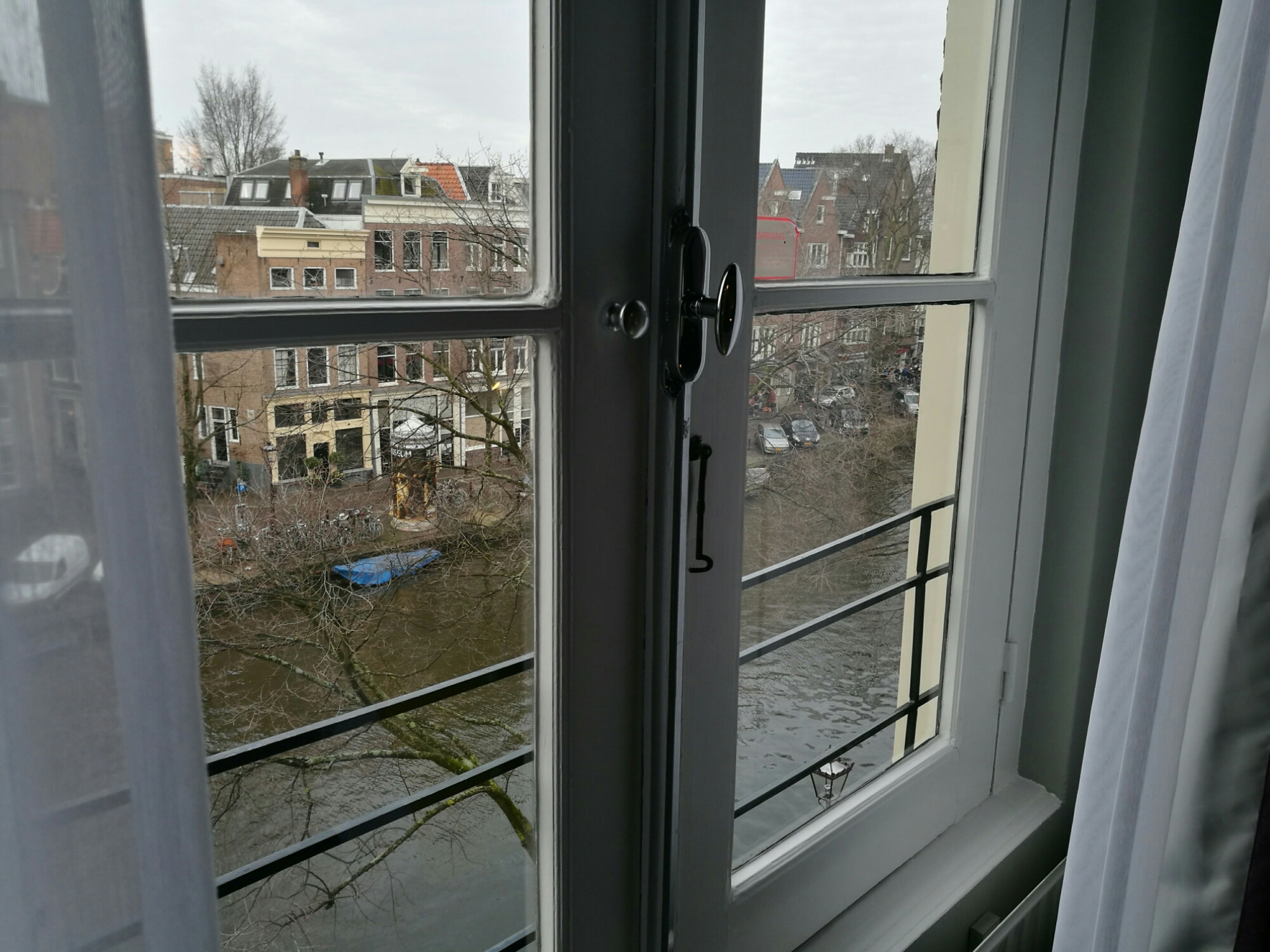 I’ll come back to the hotel in a minute, but we spent the afternoon wandering the fascinating little streets of Amsterdam, taking in all the sights, sounds – and smells! – that the city offers. Some of those little cafés were really flying high, I can tell you! Mr pedometer was smoking away at over 13,000 steps by the time we got back to the room later in the afternoon.

One of the points of interest during our walk was a visit to the Anne Frank House. I’m sure many of you will know of Anne Frank’s diary, but it is a poignant reminder of just how horrific the oppression of an entire race of people by an autocratic tyrant can be.  Why can’t most Americans see this in what is happening in their country at the moment?

We really love some of the fascinating artwork scattered around the hotel. There are beautiful splashes of colour to be found everywhere, and the bicycle montage on one of the hotel’s courtyards is a work of genius! It’s easy to see just how much effort has gone into making it such a special place.  We had no idea until yesterday that the hotel actually belongs to the real Mr Pulitzer – of literary and journalistic fame. 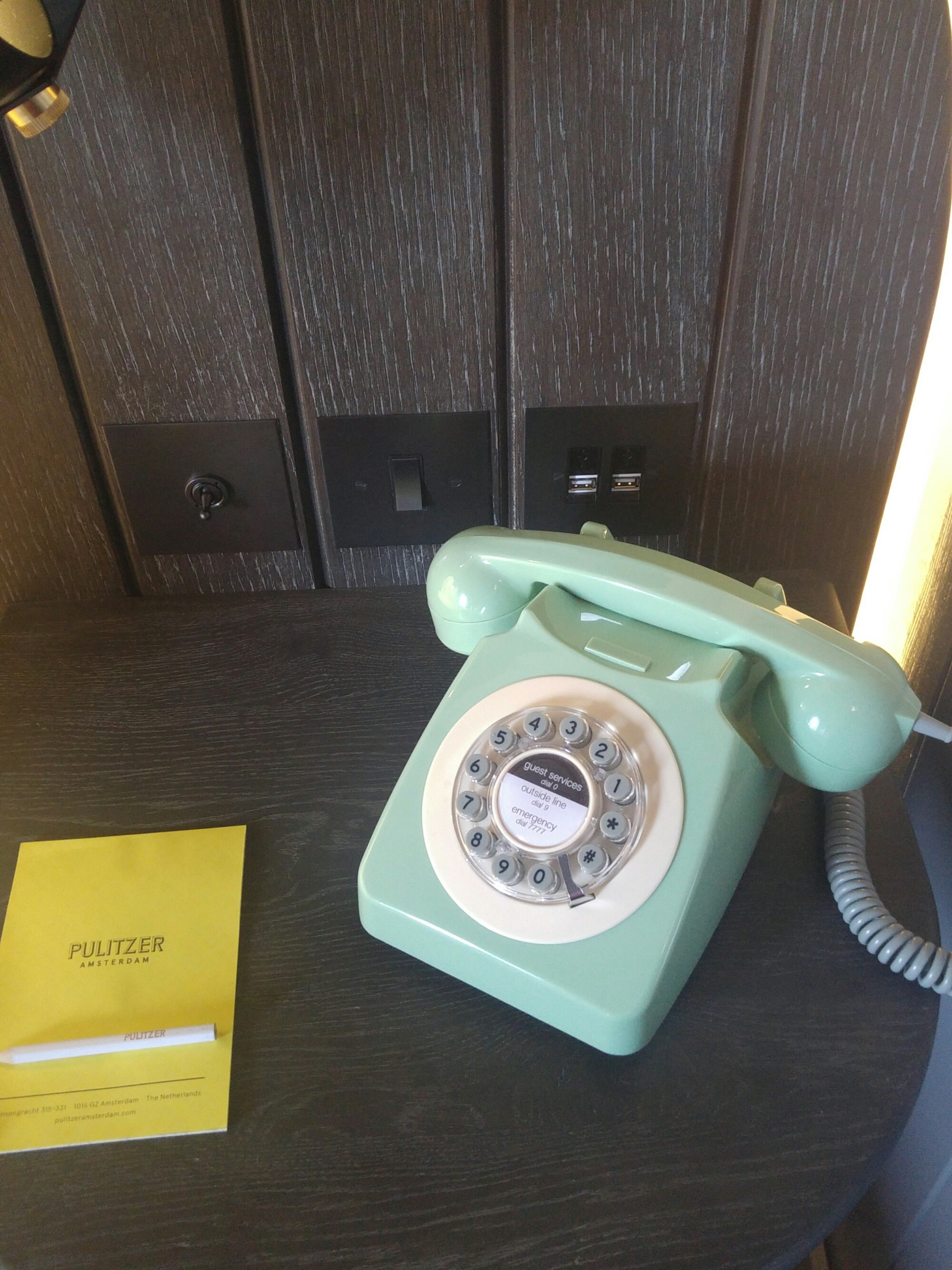 After a couple of late night beers we called it a night and woke up serenaded by the nearby church bells, opened the curtains, looked out over the canal and were ready to take on our next full day.