We just had an overnighter at The Knight’s Inn in Liverpool, Syracuse and what a difference to the grubby Lamie’s in Hampton! Immaculately clean, a huge comfy bed and just as importantly for this stop, a laundry room for us to wash and dry our first week’s worth of washing. 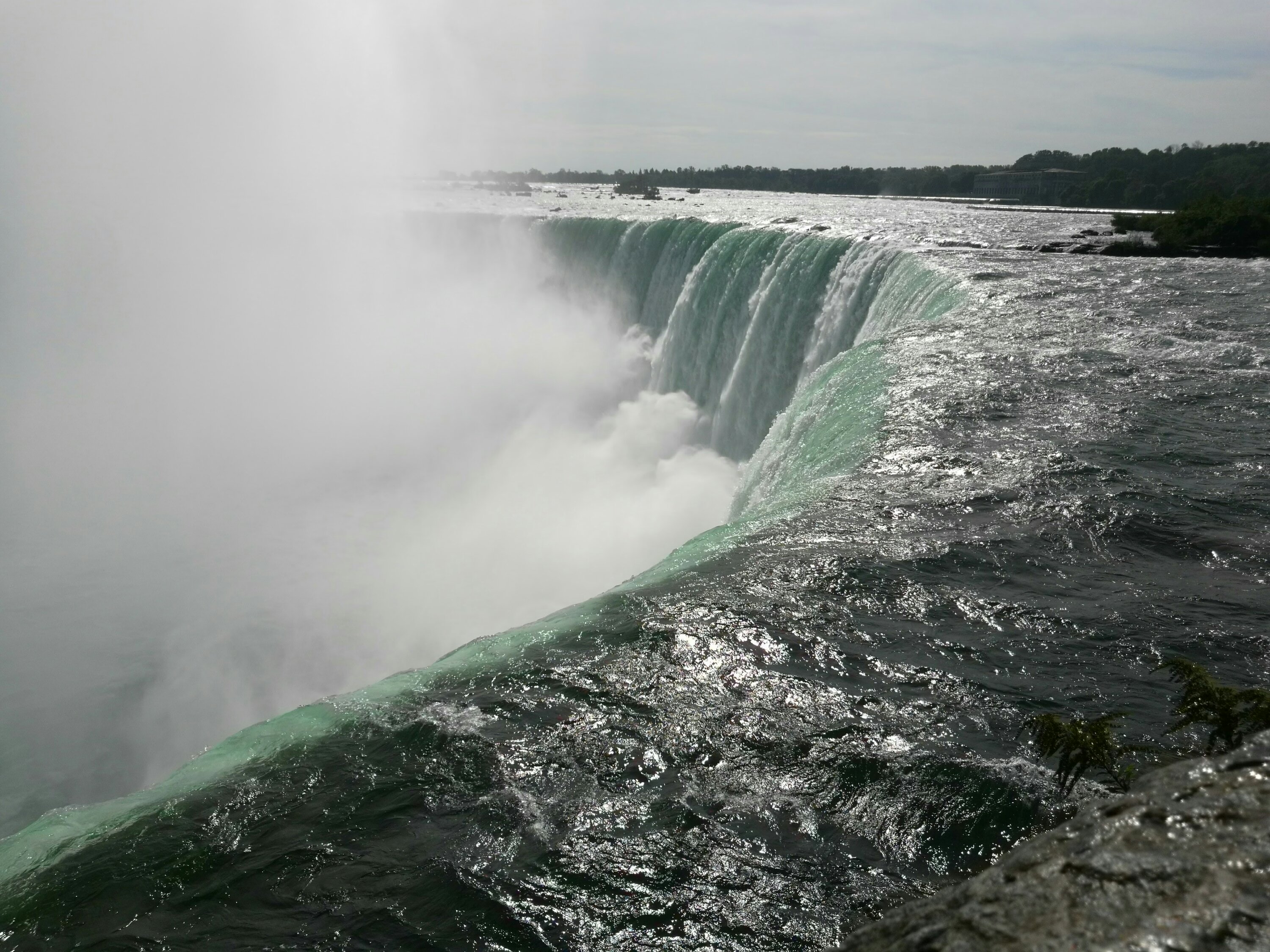 We were on the road super-early after the carb-fest that is the complimentary breakfast in these American motels. We had Niagara in our sights today and were there by half ten. The car seems to eat up the miles and with petrol so cheap, it’s all pretty painless. Parking charges though, that’s a whole other story. A $20 one at that! 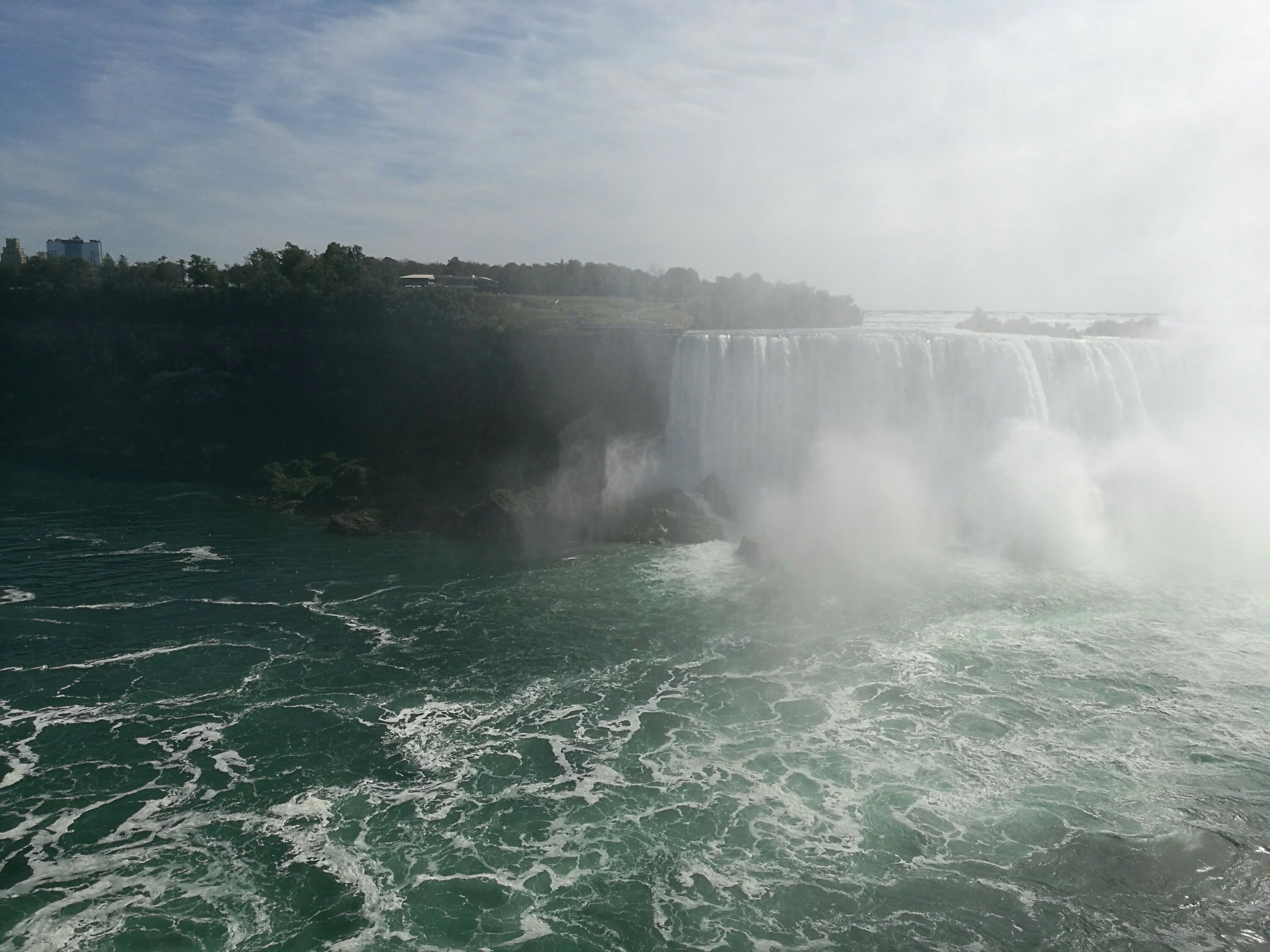 Mr. C wanted to see Niagara from the Canadian side as he remembered the view being much better when he came as an eight year old way back in the dim and distant.

Niagara Falls defies description, it really does. Nature at it’s most awe-inspiring, Niagara is raw, elemental and flipping noisy! The spray rising up over The Horseshoe Falls is a sight in itself. The frizz-factor was huge and an awful lot of women with freshly-straightened hair tried in vain to hold back the spray. We tried taking pics but frankly nothing can do it justice. The being there, the feeling, the hearing, the seeing …… Niagara Falls is very much a multi-sensory experience. 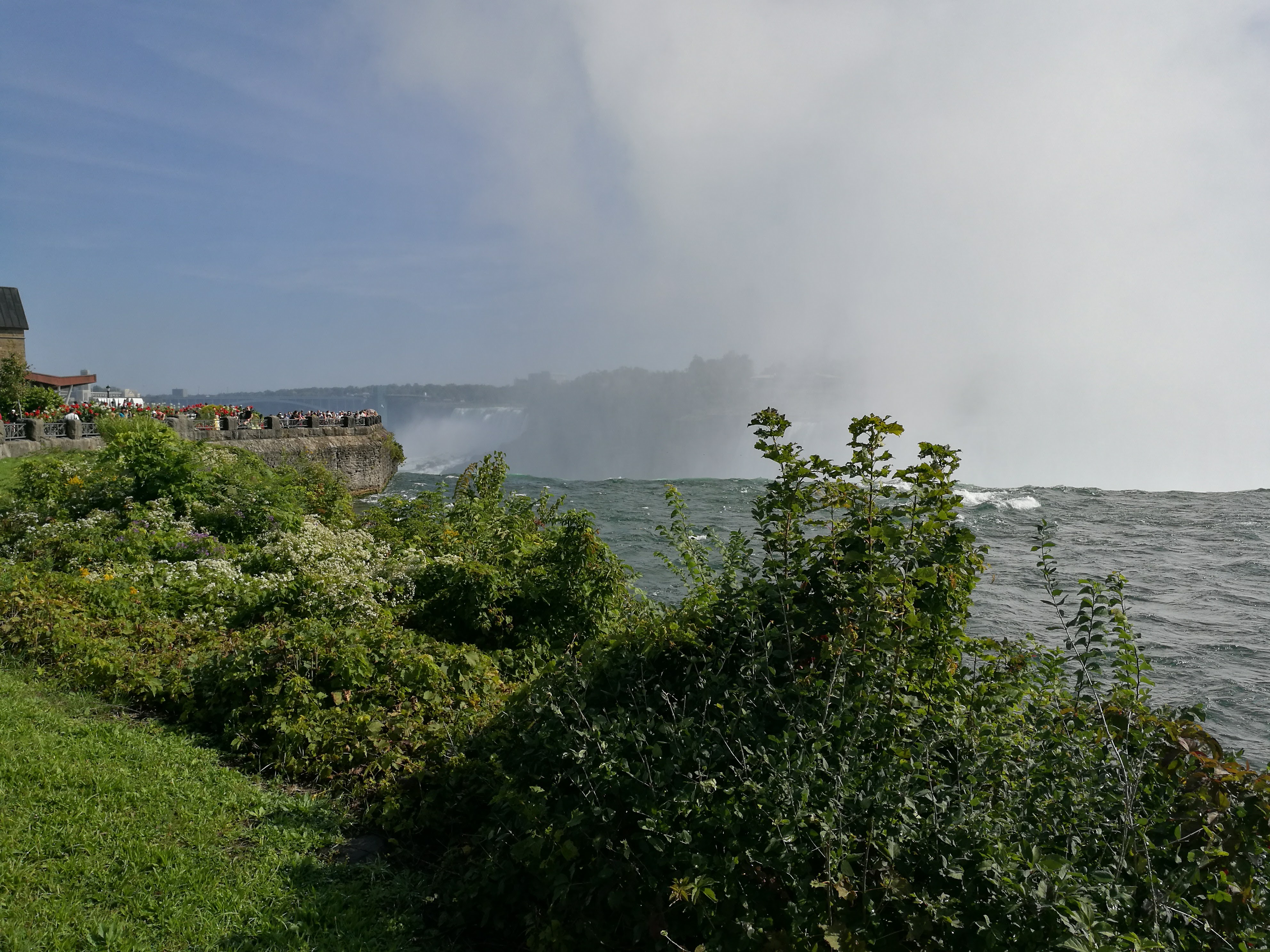 One thing I was relieved about was the fencing.  Yes ok, that sounds weird said out loud, but hey I remember that rickity old fence that Marilyn Monroe stood against in the old black and white film called Niagara. All terribly menacing.

Anyway, we were back on the road within a couple of hours: a long, hot drive through Canada to Detroit to get our heads down before driving to Chicago tomorrow. A weekend in the Windy City and then our Route 66 Road Trip starts in earnest on Monday. 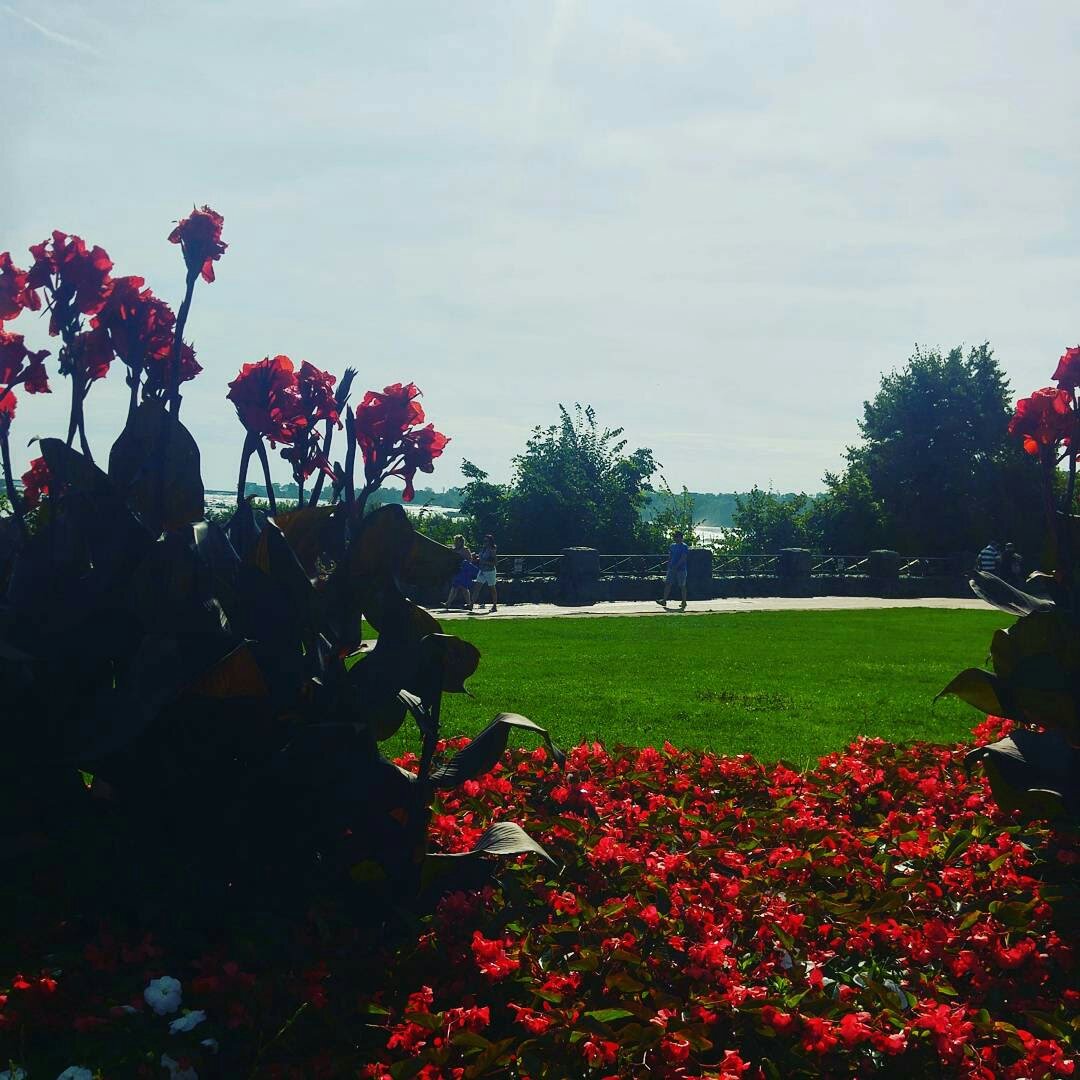