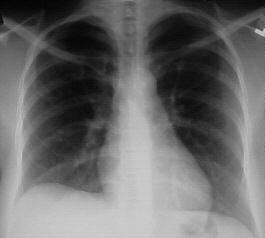 Had a disaster of a day yesterday. Decided to do a Gok and ‘rationalise’ my wardrobe.

You know the sort of thing. Open doors, stare for a while, try to decide what to chuck in the charity bag, start throwing things on the floor, one pile for charity, one for ‘maybe keep’, try things on which haven’t seen the light of day since you were a stone lighter etc etc..

Apparently if you haven’t worn something for 5 years then you’re unlikely to ever wear it again. Thing is, it’s so difficult to throw something away which you’ve only worn once, or bought for a song in the ‘Noone Wanted To Buy Me Full Price So Now They’re Practically Giving Me Away’ Outlet Shop or something that looked fantastic on you last time you wore it even if that was a decade ago! Anyway having spent way too much time ridding my drawers of bras which have lost their oomph and  deliberating over which of the 6 pairs of black trousers I needed and which to donate to the charity shop, I decided to try and find all the bits and bobs I’ve secreted away over the past few months for Xmas Stockings and the like. I tend to buy things, from as early on as the January Sales, and throw them up to the back of the top shelf of my wardrobe so noone will see them. However, this occasionally means that even I can’t see them and so I forget about them too. Which, in turn, means that my daughters might end up opening something in their stockings which I actually bought two years previously. I’ll have to adopt a better system I think.

So, there I was, standing precariously on a chair, arms-outsretched, when all of a sudden said chair decided to topple. (Did I mention that it wasn’t a particularly solid chair – it being one of those cheap & cheerful, foldy-upy ones from Ikea?) Feeling it wobble I started to turn and ended up falling ungainly over the back of the chair. My upper left ribs bore the brunt of the fall as I landed, full-weight, on one of the corners of the back of it. I lay on the floor, in a clumsy tangle of brusied limbs, chair, old clothes and Body Shop Coconut Body Butter, quivering, on the verge of tears, feeling very sorry for myself! I didn’t dare move as so much of me hurt that I wasn’t sure whether I even could!

I should mention that I was on my own in the house at the time. Fortuitous in one respect as it meant that Mr. C wasn’t there to yell at me how many times he’d told me NOT to stand on a fold-up chair to reach things but it also meant there was noone there to give me a much-needed hug.

Talk about shaky though! I swear, it’s 24 hours on now and I’m still feeling it. Have been to the Docs to have my suspicions confirmed and yes I have broken a rib and it flaming hurts! Doc reckons I can expect it to carry on hurtin 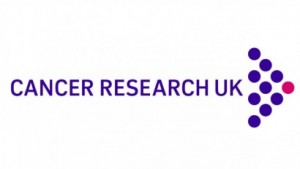 g when I breathe and move (Isn’t that all day??) for about 6 weeks but the worst should be over in a couple of weeks. Judging by last night when every turn and movement woke me up, I’m in for a tiring time! Poor me! Never mind, every cloud has a silver lining and Cancer Research UK got a bag of clothes out of the whole debacle!