The subject of mobile phones has always been a touchy one here at Chateau C. There have been more raised voices, slammed doors and general warfare as a result of mobiles than any other subject, except perhaps the filling-in of a Weightwatchers online tracker, which is on a par with announcing a student fees rise in a fire extinguisher factory.

There are so many mobiles on the market nowadays that Joe Consumer is literally spoilt for choice. There are the all-singing, all-dancing smartphones which apparently, with the aid of the appropriate ‘App’, will carry out any task imaginable, including doing your weightwatcher points, through to the absolute basic ‘make a call and send a text’ type phone that can be bought for £5.99 at the end of an Asda aisle.

I personally use the very popular Blackberry Curve 8520, which I hasten to 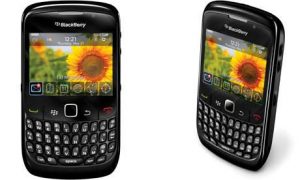 add I’ve really got to like. The display is small, but it’s easy to use, doesn’t appear to have too many foibles and has been completely reliable since day 1. It’s a shame the same can’t be said for the phone provider… but that’s another story. However, as can be deduced from earlier posts, Mrs C has plummed for the more exotic touch-screen adversaries from the likes of Apple and HTC (see previous post) over the last few years. I hasten to add that she’s now on her 4th phone in one year, her much-hated-at-the-time-but-much-missed-since iPhone having come to the end of a contract, one HTC broke down and was replaced by a cheaper version, and this was then finally replaced with a new version of the original. I really have long lost count of the number of ‘Why?’s and wherefores that have been fired in my direction for the month following the arrival of each new phone. It’s exhausting!

Why is it too, that whenever said phone is passed to me for examination the ringer volume is turned down and the Daily Mail webpage appears from nowhere together with the weather in Barcelona? Why is it that when placed in a handbag it auto-dials the five most recent numbers and plays Christmas songs when shopping! These things have minds of their own which are activated by the brush of a feather. Give me a good old ‘clunk-clunk’ option any day! Oh, and the contacts… what joy! The minute a facebook account is activated, your phonebook is suddenly filled with pictures and numbers of people you’ve never heard of and then once synchronised with your Google account, anyone else who happens to use that account also has mountains of unwanted friends in their book too! It’s like the flippin plague, I tell you.

Thumbs up for the clunky Blackberry Curve 8520 and a MASSIVE thumbs down for these new-fangled touch-screen demons!