Gallup was an unremarkable pivotal point in our Route 66 journey.  Our trip switched from a westerly route to a northerly diversion off route.  It had been our intention all along to head up into Utah to see the landscapes that had featured on so many books, films, album covers, postcards etc.. 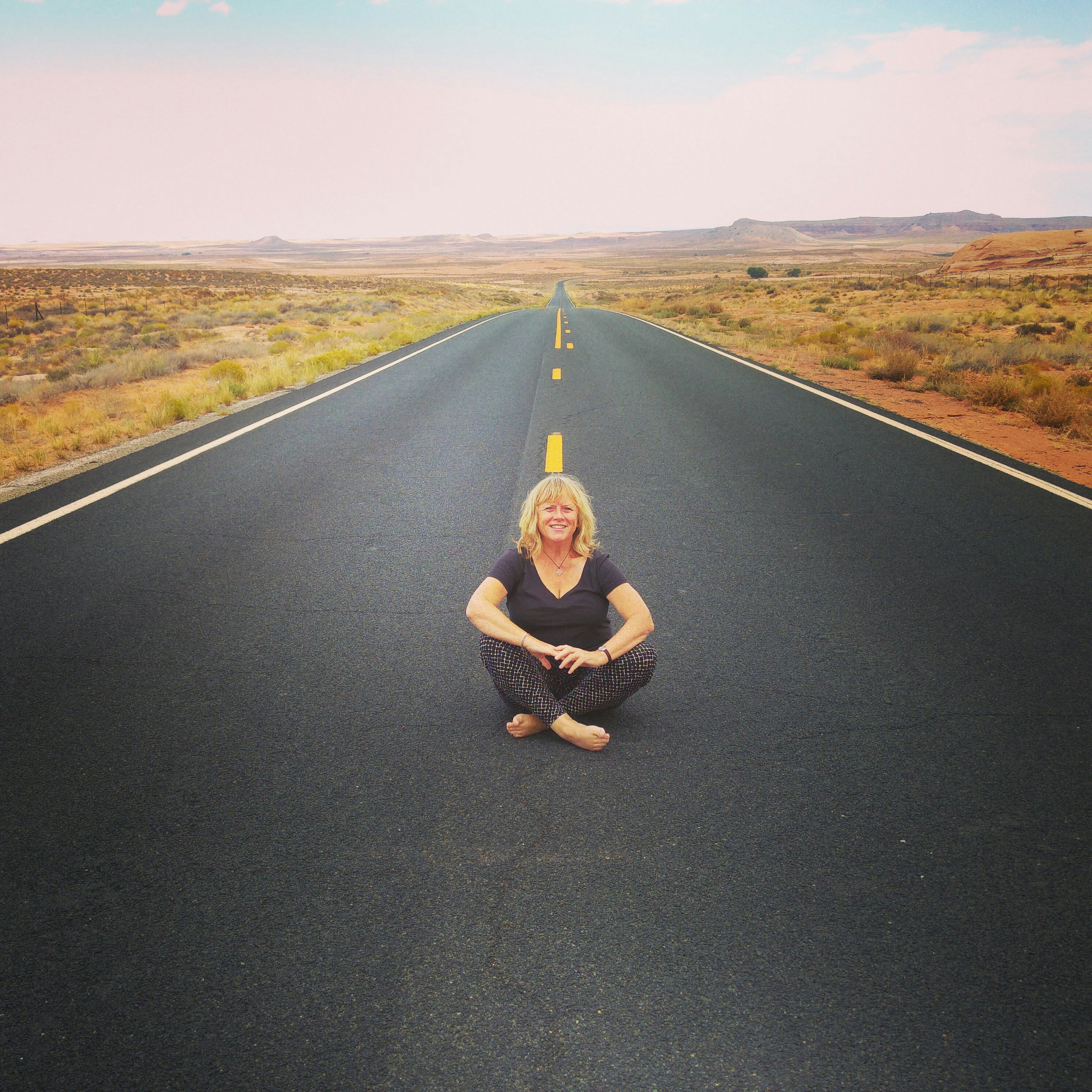 It’s funny how different it becomes leaving one of the main trunk roads and venturing onto one of the ‘Indian Highways’.  The first glaring difference is the amount of traffic.  We were driving for 10 to 15 minutes at a time without seeing another car.  Secondly, these ‘side roads’ throw you a few surprises here and there with potholes and ravines that deserve their own separate itineraries and guidebooks.  However, they’re not without reward either.  Some of the scenery on the road up to Bluff is majestic and to see the road that you’re driving along just disappear beyond the horizon ahead of you without a single curve is breathtaking. 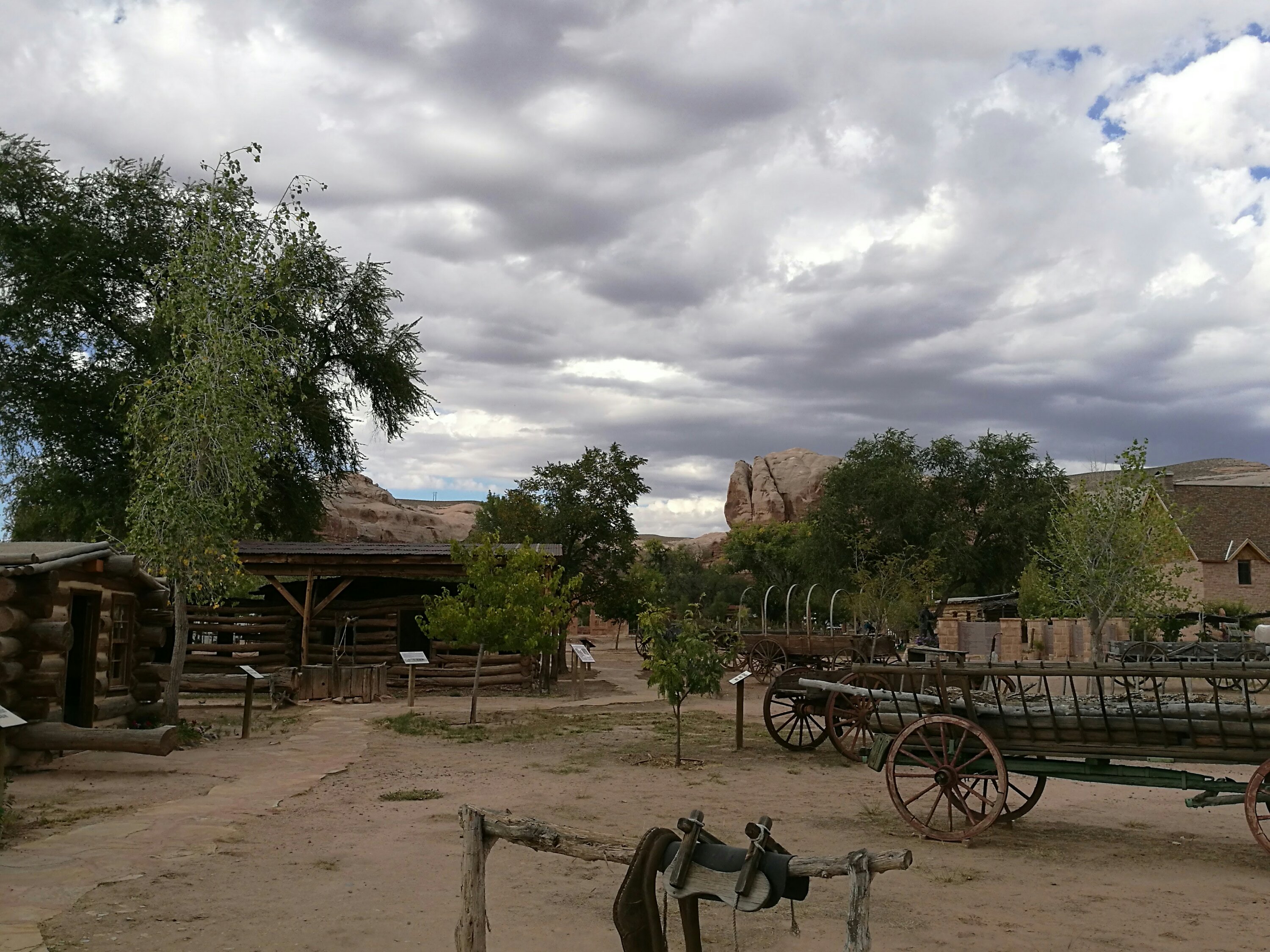 Bluff is a little town with seemingly a lot of history.  It was one of the earliest Mormon settlements in their pioneering journey from east to west.  Taking into consideration the fact that it sits at an elevation of around 7000 feet, yet is surrounded by rocky cliffs and the San Juan River, it’s a real oasis in the sky.  Waking up to temperatures of around 3 degrees celsius the following morning was a reminder of our elevation and remoteness though. 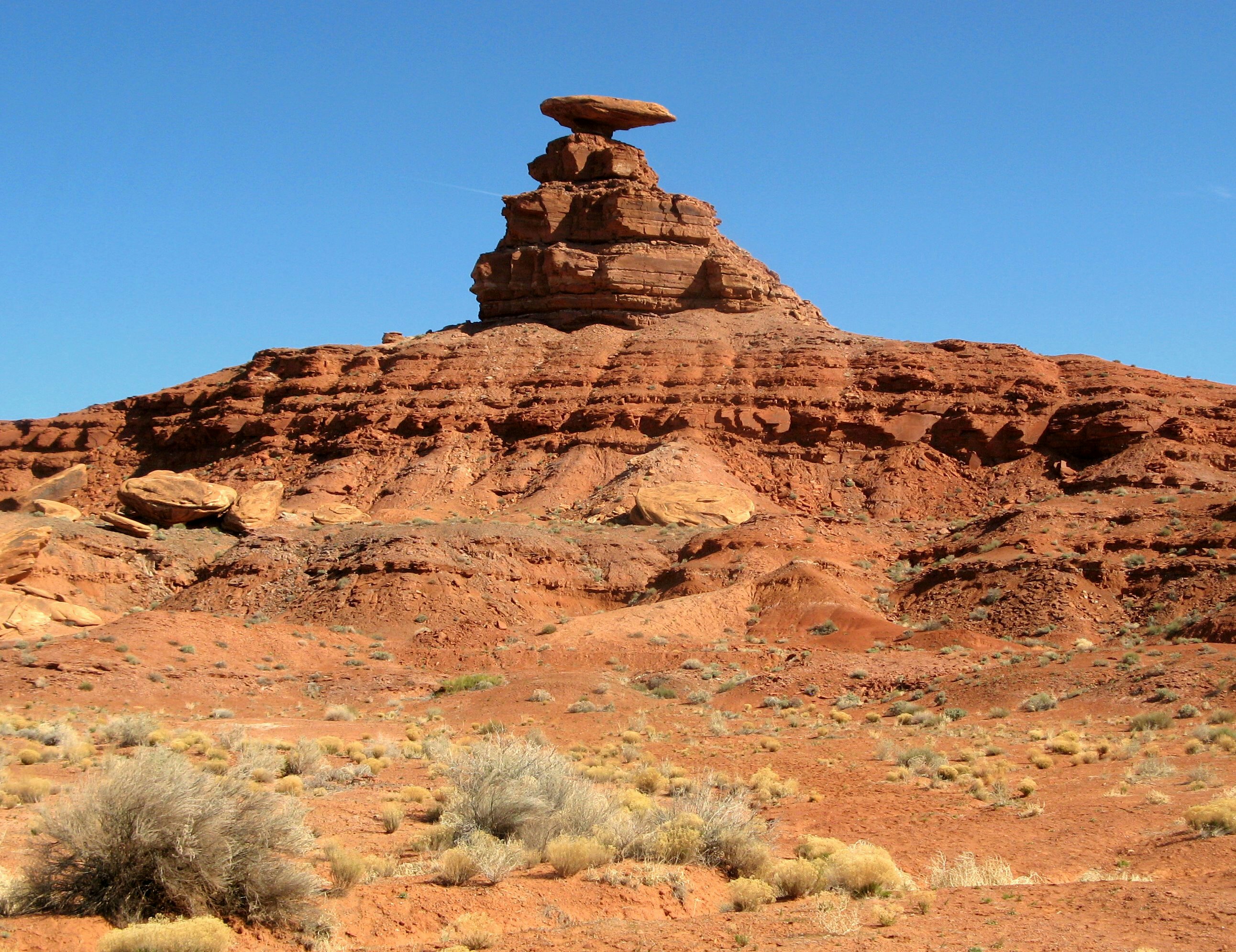 Heading south from Bluff, we set off really early with the rising sun over our shoulder in order to see the best of what was to come.  We passed through an aptly named place called Mexican Hat (no prizes for guessing why it’s called that) and then after a few twists and turns…… 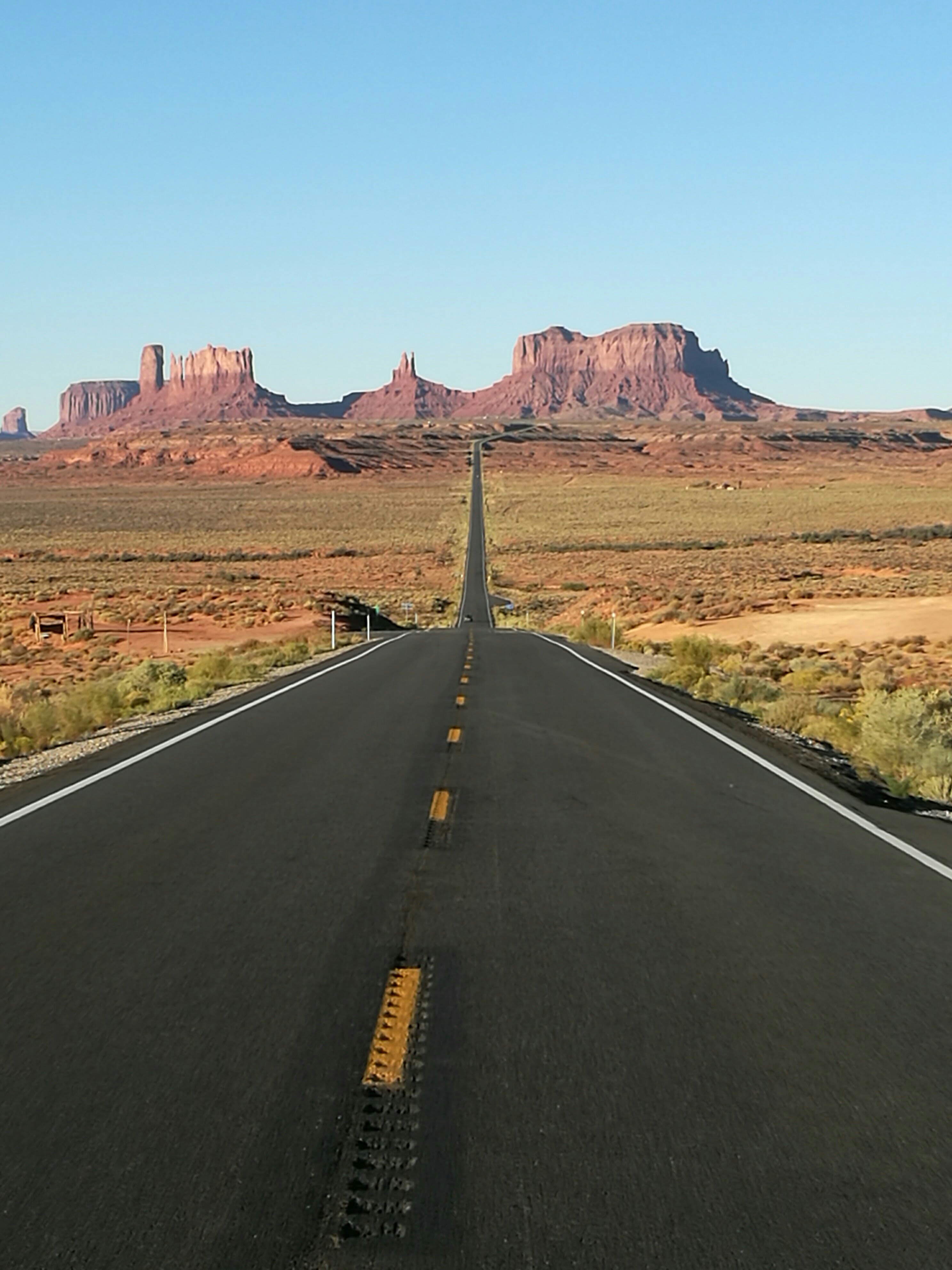 Nothing can prepare you for the splendour of the aptly-named Monument Valley.  It seems to just appear from nowhere and before you know it you’re surrounded by these gargantuan ‘mesas’, tables of rock rising out of the desert floor, thousands of feet high.  It truly is mother nature putting on a phenomenal show for us in the grandest scale. 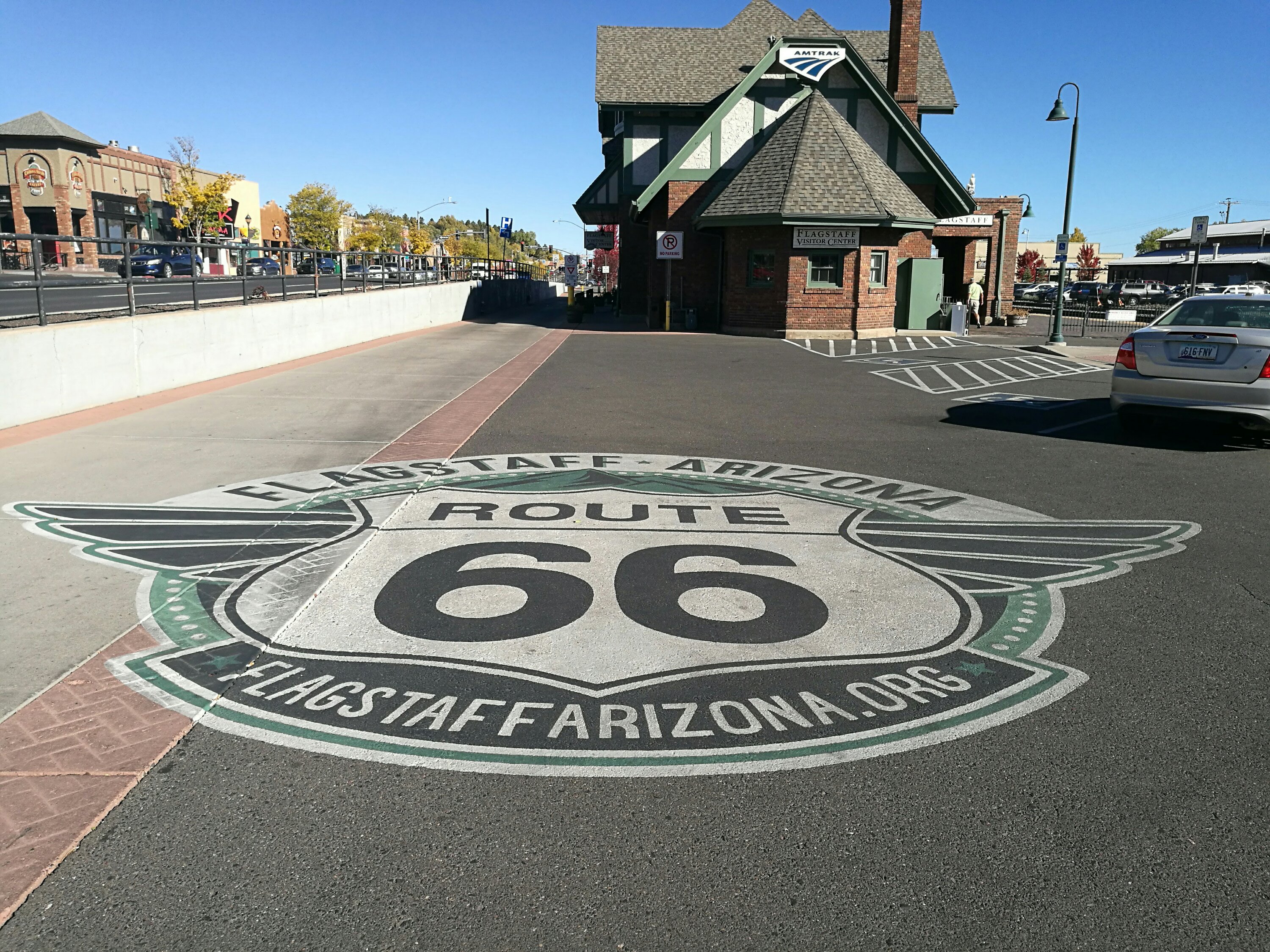 After crossing the border into Arizona we carried on further south until we reached our next stop at Flagstaff.  Known as one of the ‘gateways to the Grand Canyon’ it was quite tourist-centric, with numerous gift shops, souvenir vendors and packed to the gunwales with memorabilia and other tat.  We did manage to find a rather nice coffee shop there though, which is no mean feat in this part of the US. 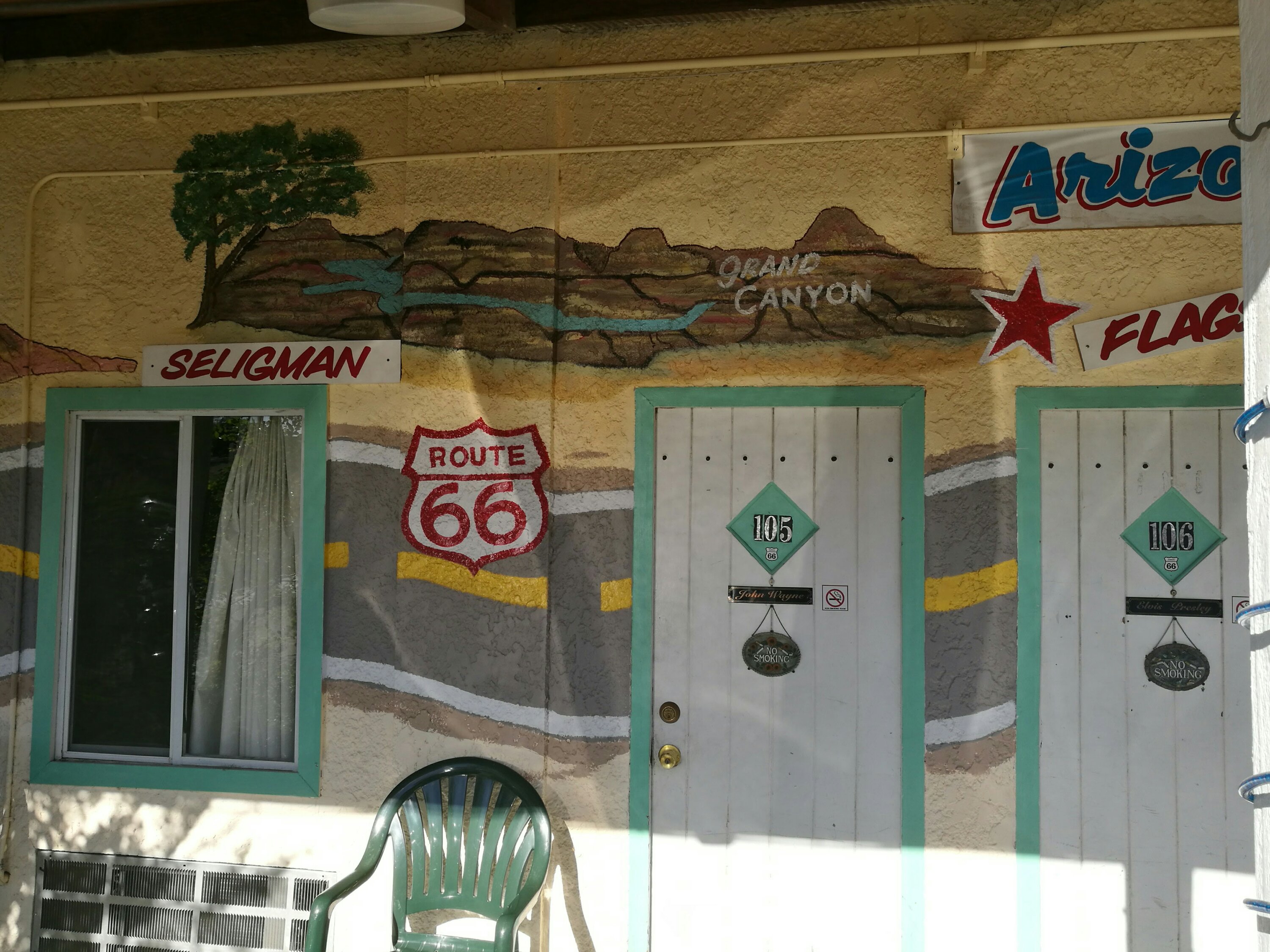 Another few hours along the road, but in an entirely different decade, was the town of Kingman.  The old part of town has managed to keep a lot of the old character and many of the original buildings are still standing.  Our hotel for the night, the ‘El Trovatore’ Motel, is a part-renovated 1930s motel.  Most of the buildings, and their fixtures and fittings are original, yet just about all of it works.  It was ‘retro’ and nostalgic, but let’s face it, not quite up to ‘modern’ standards.  Mrs C was on the starting blocks to get away from there the next morning. 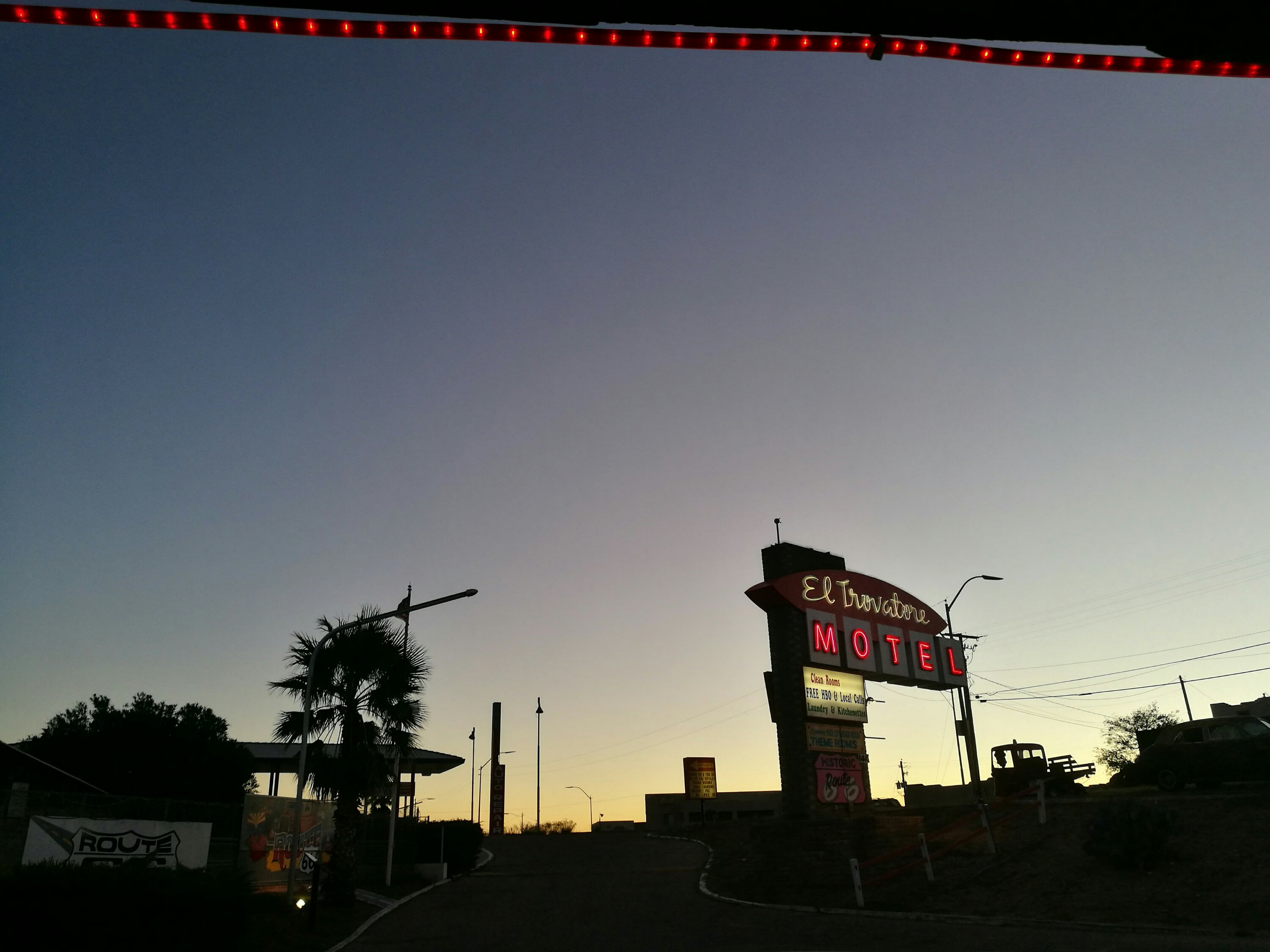 If you look at maps of Route 66 you’ll see that from Kingman you head out along the old ‘Oatman Highway’, which meanders over the mountains and then down towards the Colorado River.  As we climbed and climbed through the twists and turns of the gorges we stopped to take a look down into the next valley and were absolutely bowled over by the beauty of absolute silence.  It’s so hard to find nowadays.  No matter where you seem to be there’s always some man-made noise, be it from a distant aeroplane, a distant road, even farm animals, but here, nothing!  Absolute silence like I don’t think I’d ever heard before. 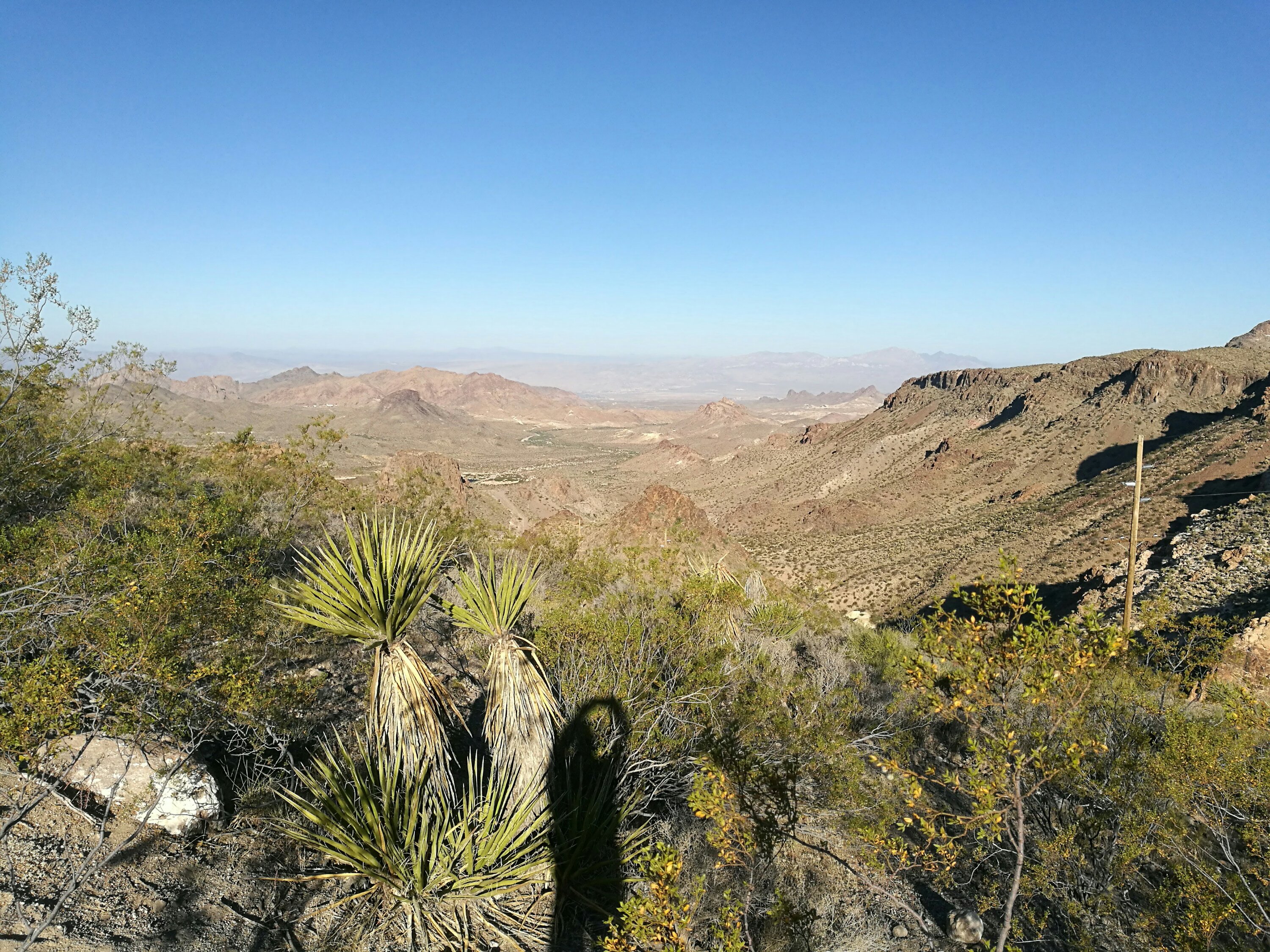 We’d read about this place Oatman in books and it looked fascinating, with its old tin-hut cowboy buildings, saloon doors, an old rickety water tower and donkies (burros) roaming the streets.  The reality – and this really spoiled the whole experience for us – coach loads of Chinese tourists pouring out of souvenir shops.  We just drove on through.  Such a shame, but it’s not the first time our illusions of beautiful places have been shattered by the unstoppable plague of oriental tourism and its large-scale data-cloud-pumping selfie-stick wielding connotations.  Do these people really come to see the world’s beauty, or do they just want selfies next to it? 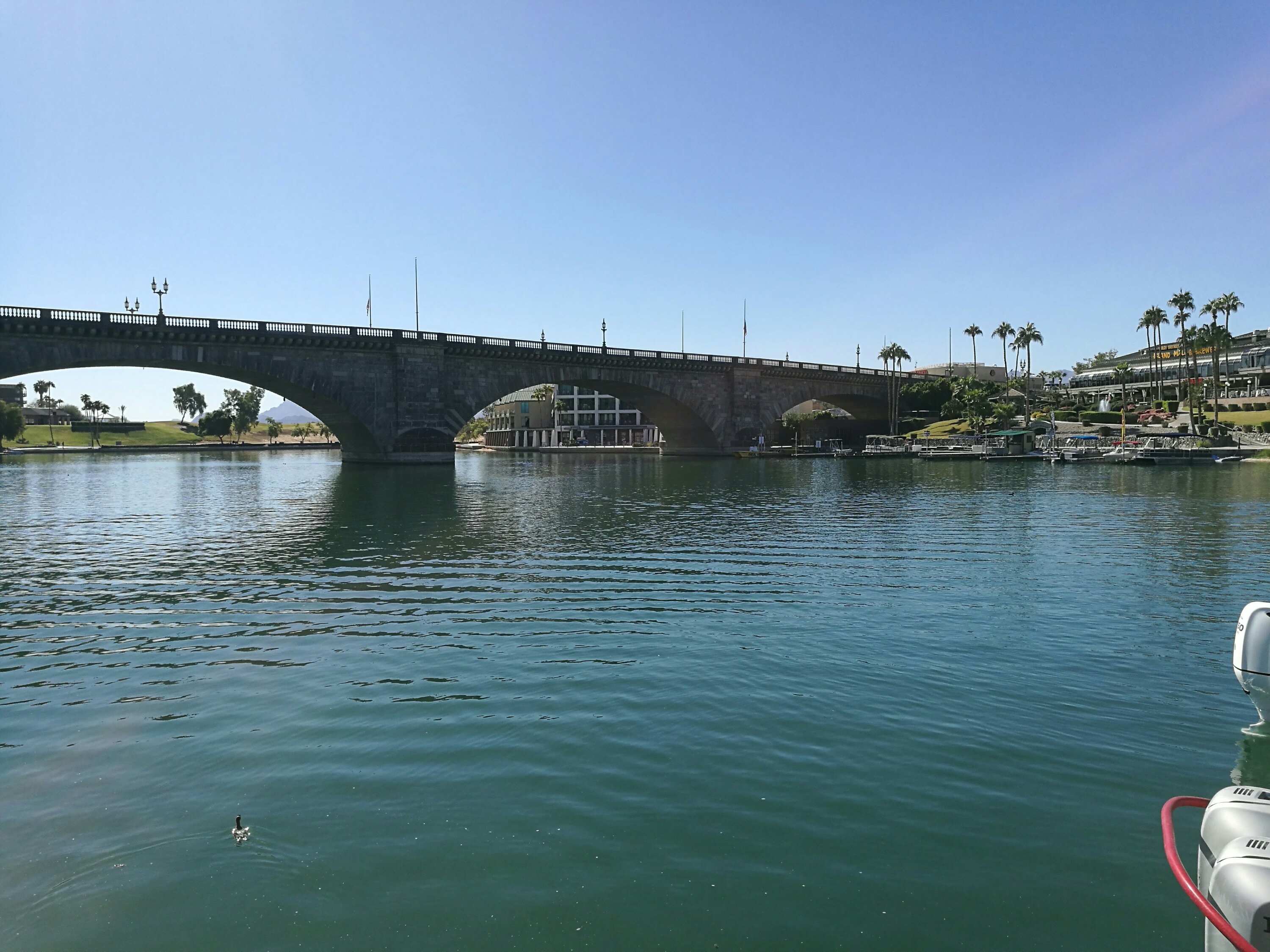 When we hit the Colorado river we waved goodbye to good old Route 66 for a few days and headed south along the river, visiting London Bridge in Lake Havasu City, crossing over the Parker Dam (the next one down from the Hoover Dam) and then onto California Route 62 West through the Sheephole Valley Wilderness and skirting the Joshua Tree National Park.  These roads are truly spectacular.  It’s almost other-worldly, with landscapes you can only try to imagine and a vastness that defies description.  I can now fully appreciate the true value of the USA Road Trip.  It can offer something I don’t think any other country can match. 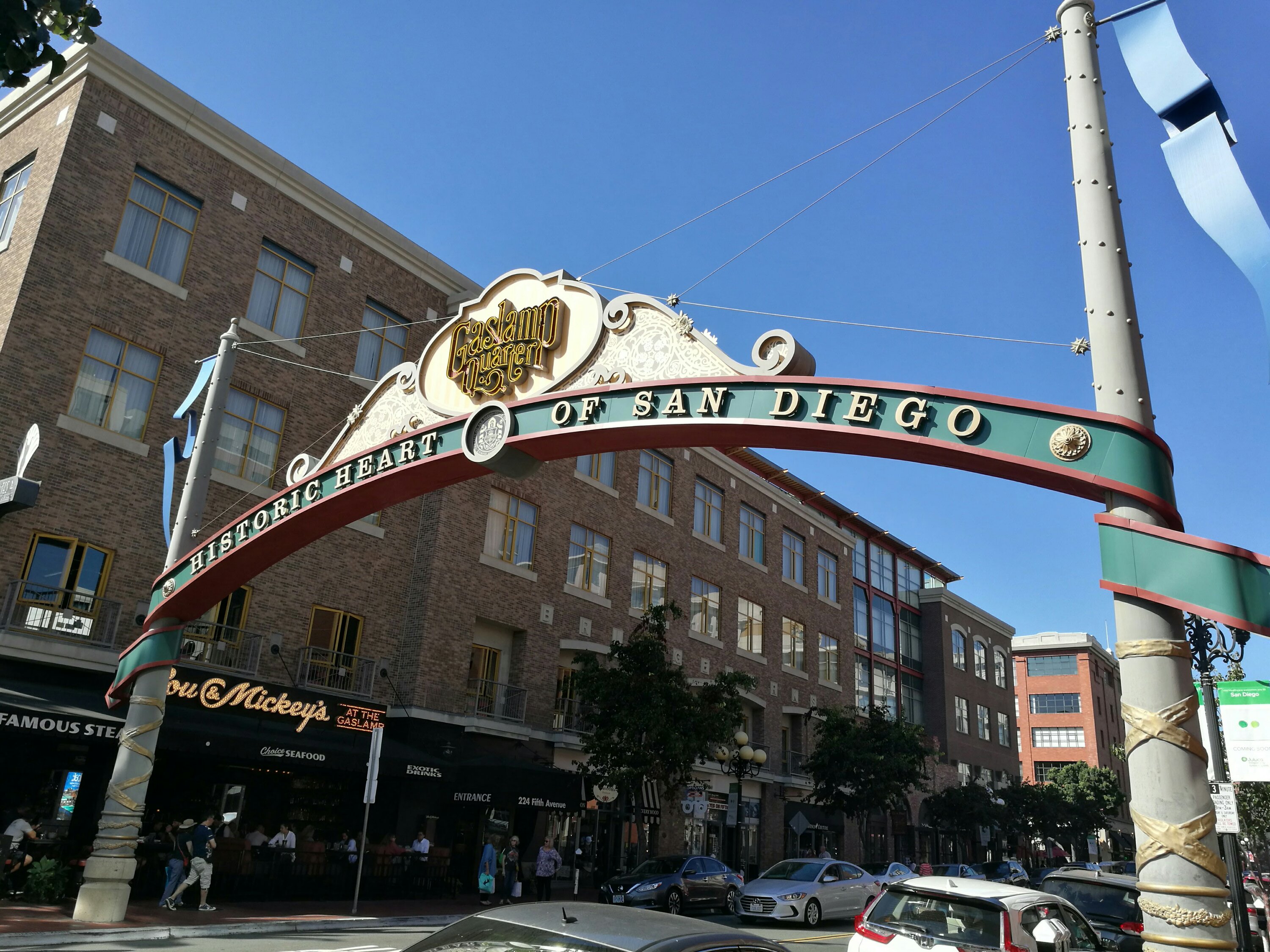 Our next stop was in a little place called Desert Hot Springs, just north of the famous ‘Palm Springs’.  Supposedly a place to get our breath back after the last 4000+ miles of driving, it proved to be anything but, with Mrs C taking a turn for the worse and having to be hospitalised in the JFK Memorial Hospital in Indio for Bronchitis, Pneumonia and severe anaemia.  (Thank Goodness we had travel insurance!)She was well looked-after though and we were able to leave there three days later to go and visit San Diego before completing the Route 66 experience by driving in to Santa Monica Pier. 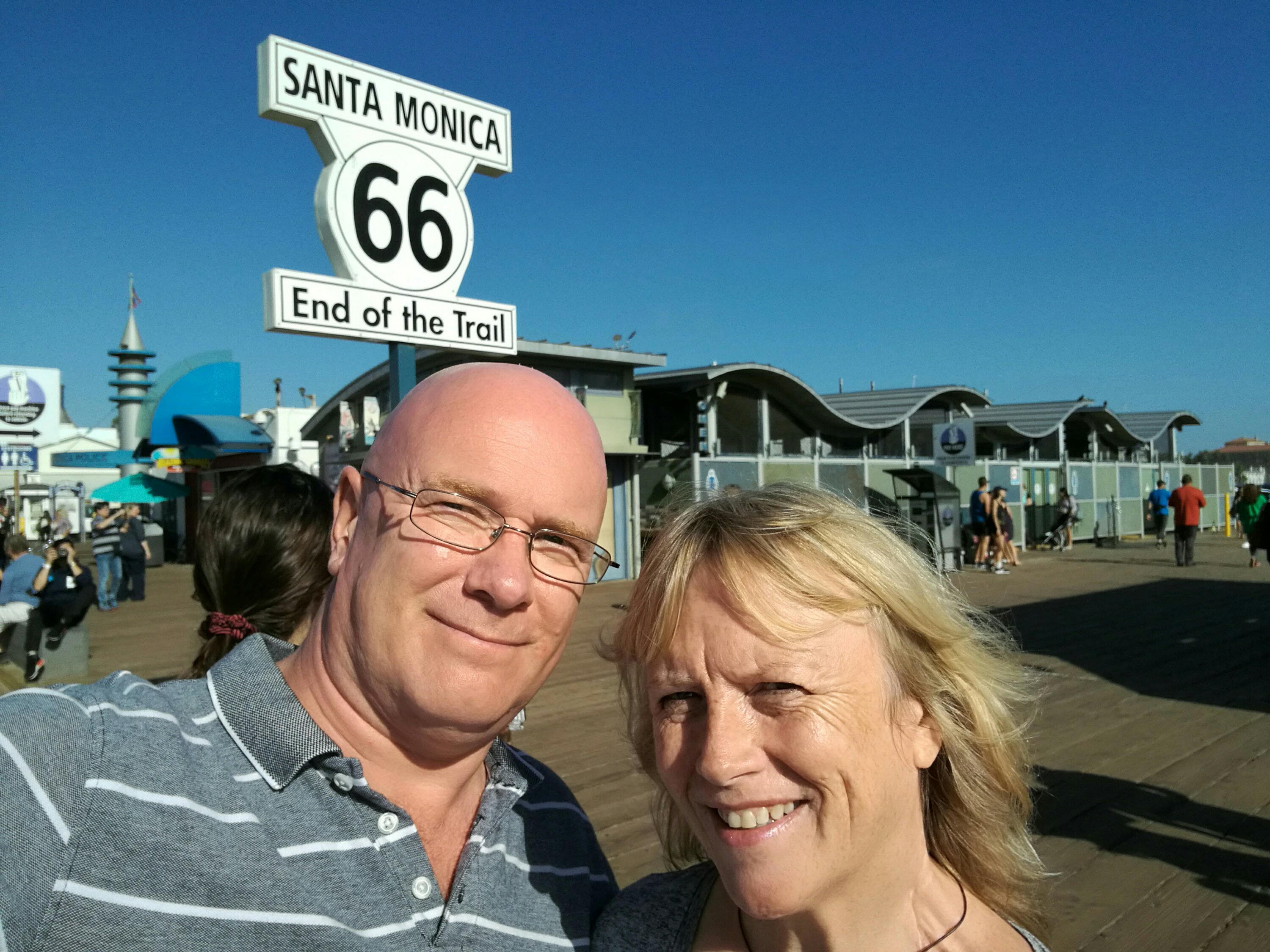 Route 66 was a challenge, but what an experience!  It let us see the good and bad of America, marvel in its glories and appreciate and even try to understand its neglected and forgotten middle, all the time taking in the history of the journeys of those early exploring pioneers in their push westwards.  It’s a journey I’ll never forget and I relish describing some of it to grandchildren when the time comes. 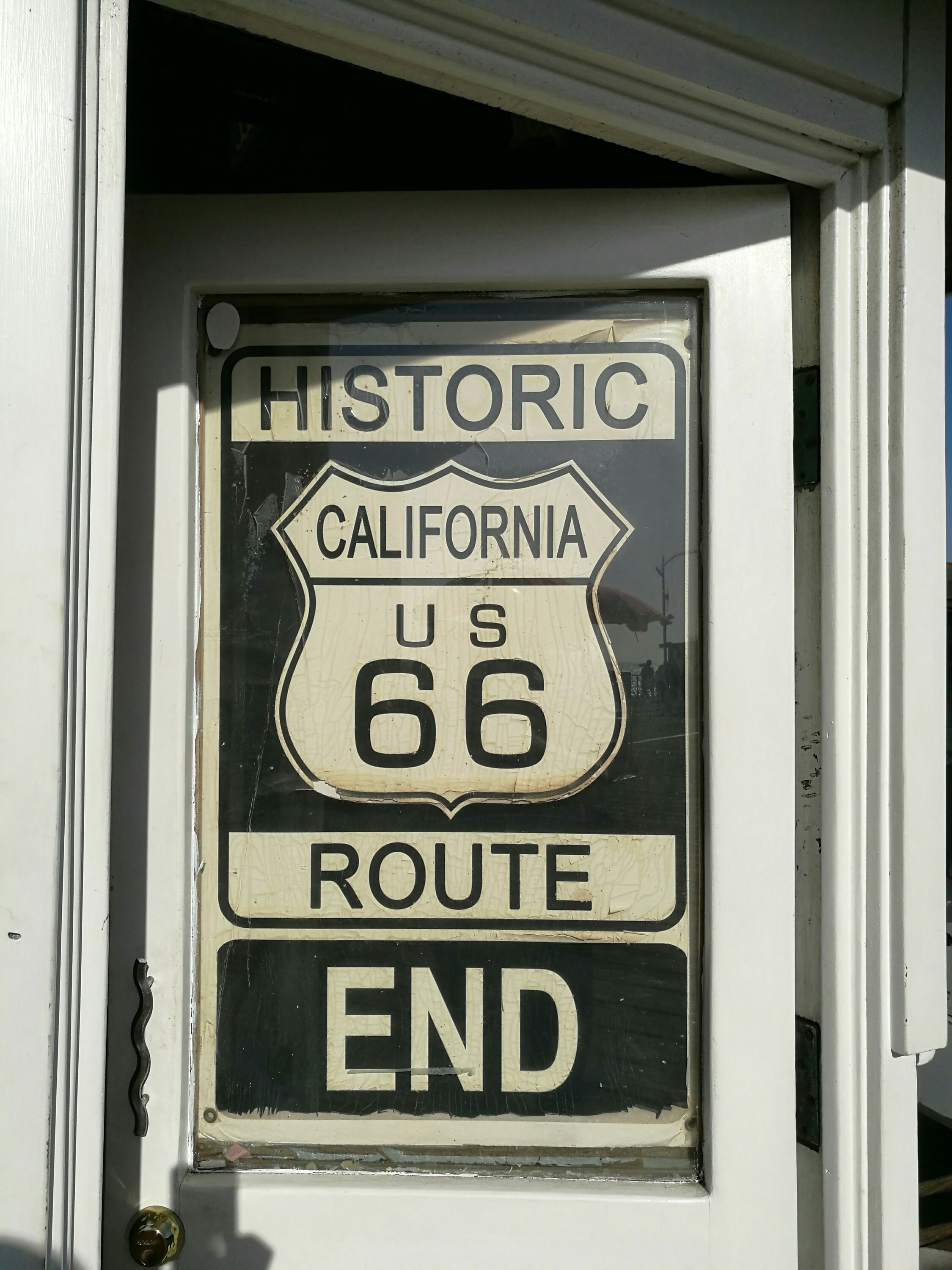 We drove a car rented from Dollar via easycar.com and stayed at various hotels along the route booked via expedia.co.uk and hotels.com