Oklahoma behind us, we got back onto Route 66 to see what ‘the middle bit’ had to offer.  An overnight stop in Elk City on the western fringes of Oklahoma was the start of our journey over the plains; miles and miles of flat, straight roads with nothing to see from horizon to horizon except for an occasional grain silo and rows and rows of wind turbines spinning menacingly and hypnotically.  It was quite surreal in fact, driving at 70mph for nearly three hours and not seeing anything except those turbines and silos.  I tell a lie… we did see a couple of filling stations with their seriously high illuminated signs every hour or so.  There’d be no excuse for missing them!

Our tally of States has risen by two now: Texas and New Mexico. 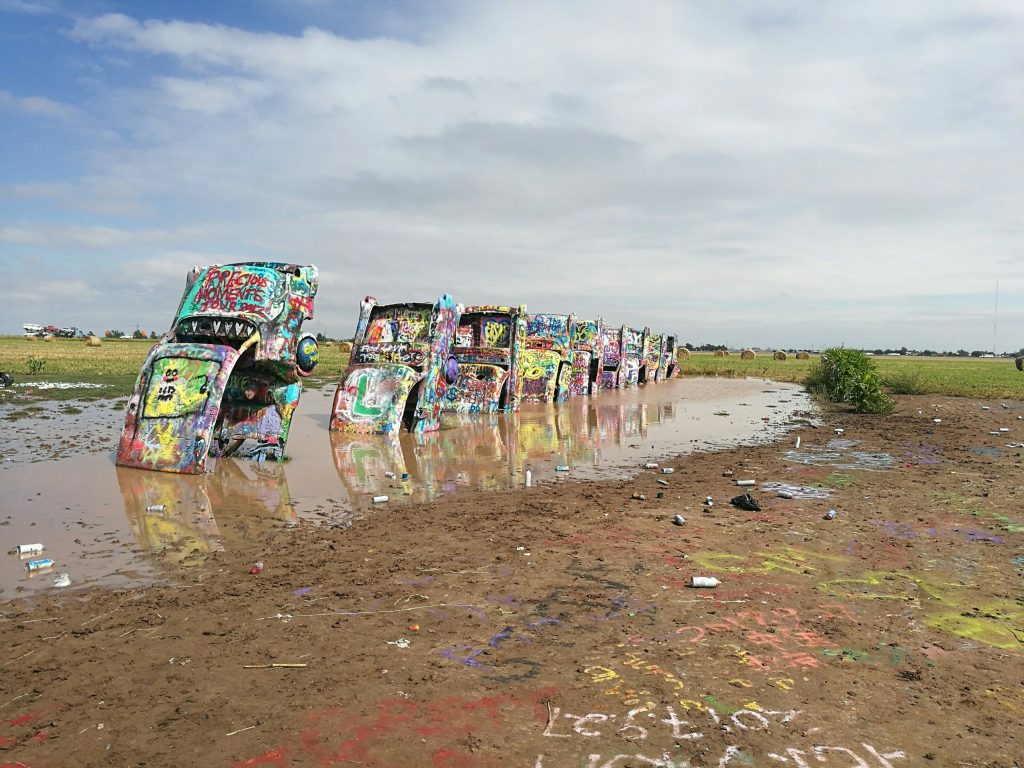 We stopped briefly in Amarillo to see why sweet Marie decided to wait there.  We have no idea why she chose there, because again it offers very little to see or do.  Every road junction has its own resident beggar, strategically placed to make eye contact with you when the lights turn red.  If ever there was a booming industry in this part of the world it’s in cardboard placards.

Just the other side of Amarillo was the famous Cadillac Ranch, where tourists are encouraged to add their own graffiti to a row of upturned Cadillacs, face down in the ground out in the middle of a field.  The graffiti had to be missed on this occasion, because they were sitting proud in an enormous muddy puddle, and not having brought our wellies, it would have been a messy old business.  We simply made do with the experience and the photo opportunity. 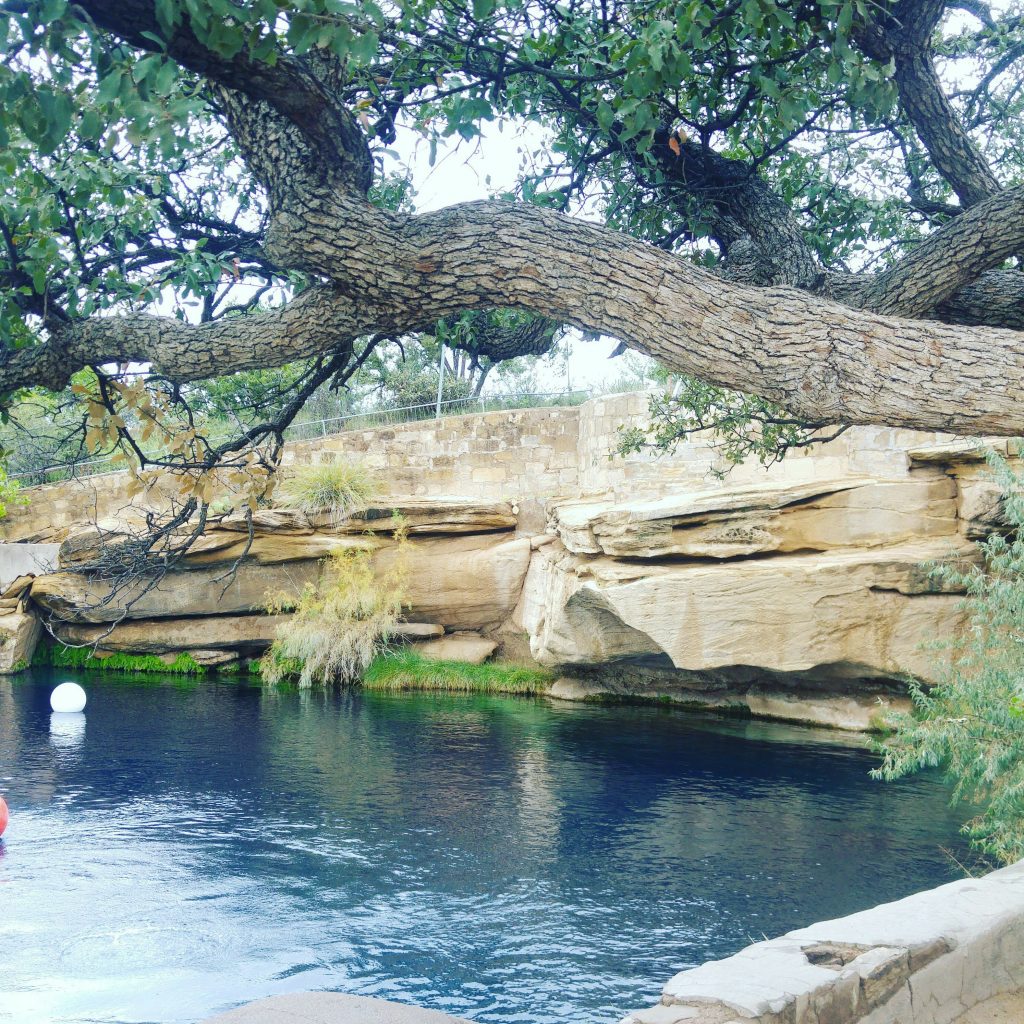 After crossing the border into New Mexico we stopped to overnight at the Desert Inn in a little place called Tucumcari, a once-gleaming stopping point on the old Route 66, now a rusty, quiet, desolate ghost-town with boarded up shop units, junk cars, plenty of pawn shops and neglected old motels with broken neon signs and maybe one or two cars parked in their vast car parks. 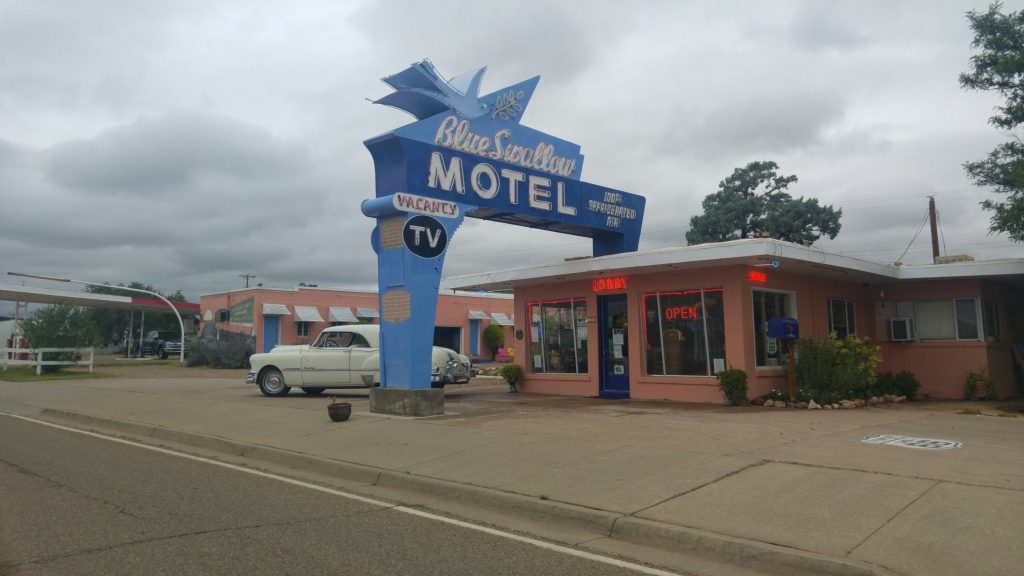 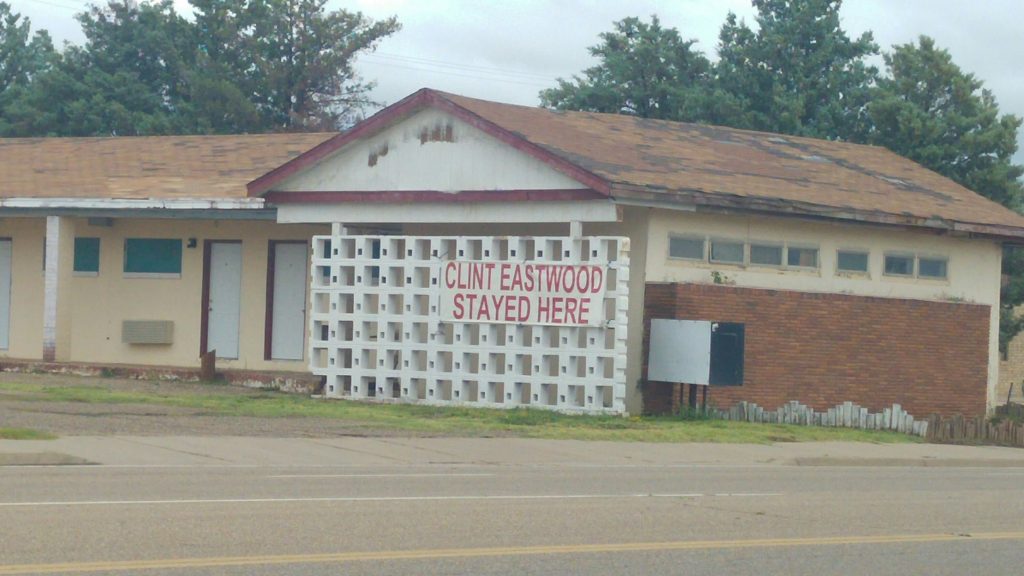 Half an hour out of Tucumcari we visited the ‘Blue Hole’, a rock pool in the desert, nearly 5000 feet above sea level that boasts some of the best scuba diving in the US.  It didn’t appear very blue when we visited because it was just reflecting the grey rain clouds above, but we were told it’s quite a sight in the sunshine. 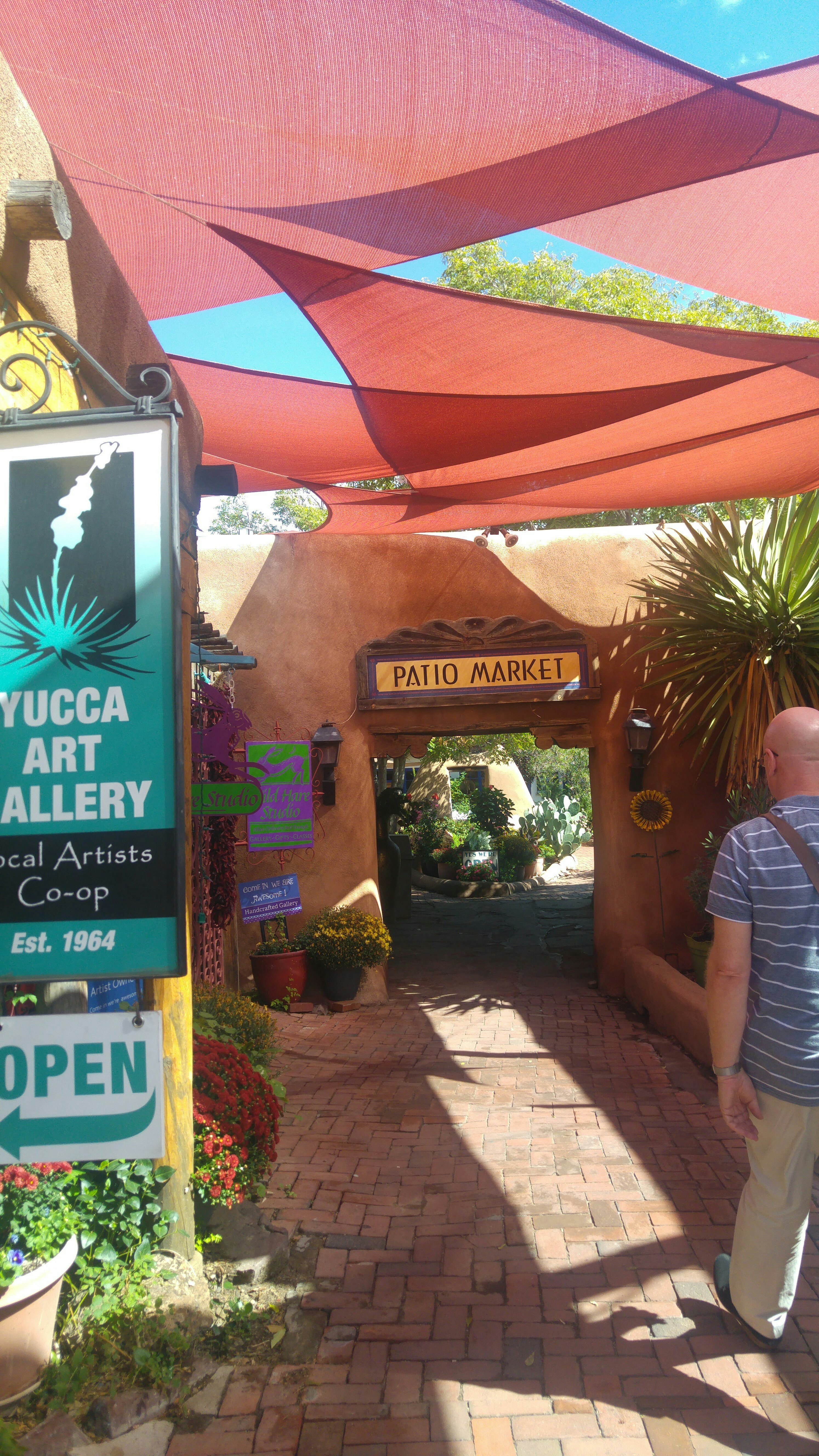 A pleasant and refreshing surprise was Albuquerque, our next stopover.  Heading straight into the ‘Old Town’ we entered an oasis of traditional New Mexico red stone buildings, cute little souvenir shops, a town square, one of the best little coffee shops we’ve found so far in the whole of the USA, called the Velvet Coffee House.

After checking out of our hotel in Albuquerque we went for a breakfast burrito in a restaurant called Frontier, near the university.  From the outside it looked like a dingy little café, but inside it was 5 dining rooms bustling full of locals, visitors and students all tucking in to the delicious and very reasonably priced food on offer.

At time of writing, we’re now in a modern hotel in a place called Gallup, ready to set off tomorrow on a bit of a diversion from Route 66 to go and see Monument Valley, before continuing through Arizona and on to Southern California.