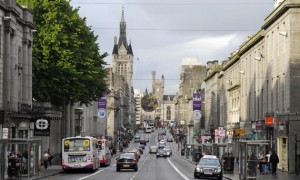 Why oh why did daughter number one have to go and move all the way up to Scotland?!It’s miles away!

Lovely as it is up there (and it really is very lovely), it’s one heck of a trek from Cardiff to Aberdeen. Flights to Edinburgh from Cardiff are easy enough to come by although not cheap but by the time you’ve added your car-hire and petrol to get you from Edinburgh to Aberdeen, you’ve nearly paid for a deposit on a small house in the granite city. We looked into flying from Bristol to Aberdeen but again it was all a bit of a potch! We’d have had to have left at some ungodly hour in the morning or stayed over in a local hotel and forget about the rest of the minutiae, suffice to say we decided on driving. Well Mr. C decided he’d prefer to drive. For some inexplicable reason he actually quite enjoys driving so off we set up to Scotland for a long weekend.

The first part of the drive was fairly run-of-the-mill but once you’re past Lancaster, the scenery starts to get pretty spectacular. I love the way the shape of the hills and mountains change from pillowy, rounded, undulating mounds to craggier, steeper shapes. This time, I swear that the number of wind turbines had doubled 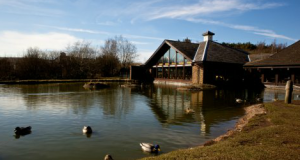 since our last trip up. Does anyone else see them as quite threatening looking things or is it just me? Don’t get me wrong, I’m all for wind turbines and all they represent but in my head they have kind of anthropomorphised into menacing marching monsters (think 1000s of goose-stepping faceless threatening automatons from a sci-fi film …..)  – yup, ok, it’s just me! Anyway where was I?

Once again we visited Westmorland Services aka Tebay Services  which are without a shadow of a doubt the Best Motorway Services in the UK! They have a superb Gift Shop as well as a Deli to rival some of the best on the high streets. The gift shop incidentally is not one of those specialising in the sort of ‘tat’ you usually see when stopping for a wee and a coffee on our motoways.  There genuinely are brilliant and unique gifts for others or even yourself. 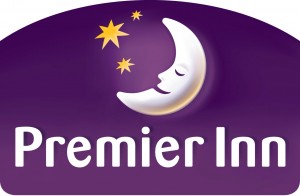 Mr. C had had enough after 8 hours on the road so we did an overnighter in Stirling staying at The Premier Inn Stirling South. We’ve found that Premier Inns are consistently good, clean, comfortable and quiet so we almost never look elsewhere when looking for hotels for a quick overnighter. This particular Premier Inn seemed to be incredibly popular and busy considering it appeared to be in the back of beyond. It conveniently had a Brewer’s Fayre right next door which happened to be running a Curry Night. This suited us down to the ground and we tucked in to the various curries on offer at the Curry Buffet and took advantage of their 2-for-1 desserts afterwards too. I’ve got to say i was a bit nervous about going for breakfast the next morning as I had managed to convince myself that the room would stink of curry. And much as I love curry, I’m not at all partial to it at 8 in the morning. However the fairies had clearly been at work and it was fresh and breakfasty. The coffee was hot, plentiful and excellent and I had bacon & egg whereas Mr. C went for the Full Scottish Breakfast. I wanted to leave room for the lovely, healthy fresh fruit and a naughty croissant too. 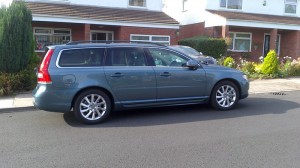 We checked out just after breakfast as impressed as ever with the Premier Inn service we enjoyed. Only another 2 and a bit hours and we were in Aberdeen for the start of a great weekend and plenty of catch-up time with @Hels89! But that’s a whole new blog ……

(For anyone who’s interested in cars beyond the fact that they take you from A to B, Mr. C has written all about our trip here – Volvo V70 – An Economy Drive